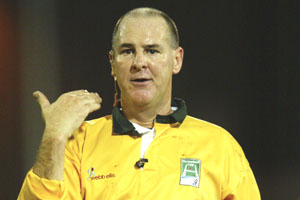 Whitehouse, who was touch judge for last weekend’s Ireland versus England RBS Six Nations match at Croke Park, has stood down in order to concentrate on his career as a Police Inspector.