An independent Disciplinary Committee convened in Dublin today (Monday, 26 February, 2007) to consider a preliminary application by representatives of Toulouse player Trevor Brennan for an adjournment of the hearing of the Misconduct complaint against Mr. Brennan arising from the Round 6 Heineken Cup Pool 5 match against Ulster Rugby at Stade Ernest Wallon on Sunday, 21 January.

The independent Disciplinary Committee, chaired by HHJ Jeff Blackett (England) and also comprising Rod McKenzie (Scotland) and Achille Reali (Italy), dismissed the application and the Misconduct complaint will now be heard in full on Friday, 16 March, 2007, in London.

The Misconduct complaint, under the Heineken Cup 2006 / 2007 Disciplinary Rules, is that Mr. Brennan allegedly entered one of the seating areas of the stadium and assaulted a spectator during the Toulouse and Ulster Rugby match. 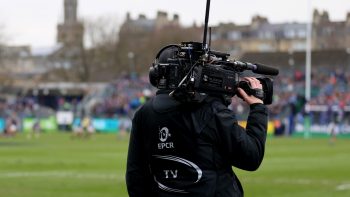