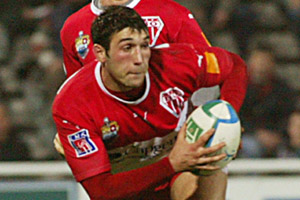 Biarritz Olympique centre Romain Cabannes will be in recuperation until the end of the june following an operation on a fractured nose.

Cabannes, who underwent an operation at the end of january for a fractured nose sustained during a Heineken Cup match, will be in recovery until the end of the season, according to the Biarritz Olympique club website.