Race on for Heineken Cup qualification 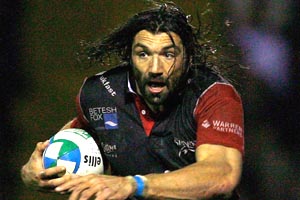 As the season approaches its final third competition for a coveted place in the 2008 Heineken Cup is heating up in the Guinness Premiership.

As it lies only three of the English clubs that qualified for this season’s Heineken Cup are placed within the top six teams in the English premiership in the race to secure one of the guaranteed English places in the 2007/07 Heineken Cup tournament.

Saracens and Harlequins occupy fifth and sixth position in the table and currently lie within the cut-off for a guaranteed place in the 2007/08 Heineken Cup.

With only seven games remaining, and Harlequins and Saracens perking up, Heineken Cup qualification is far from assured for seventh-placed Sale Sharks.

London Irish notched a crucial win over Bath on Saturday, gaining significant ground on the other teams in the hunt for a Heineken Cup place as the season approaches its final third.

Harlequins ruined Bruce Reihana’s long-awaited return from injury as they defeated struggling Northampton Saints. The Franklin’s Gardens faithful had high hopes that the return of Reihana would help turn their fortunes around.

With only four point separating teams in sixth and ninth place the race is far from over for English teams dreaming of Heineken Cup qualification.