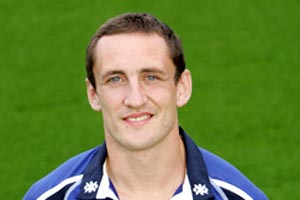 Following on from the signing of Paul Warwick

Following on from the signing of Paul Warwick, Munster have announced that Kieran Lewis will join the province from Leinster at the end of the season.

The 26-year-old made his Leinster debut in 2002 and has won 60 caps in the blue jersey, including 10 Heineken Cup caps.


Speaking about his impending move, Lewis said, “Of course I am looking forward to it. Its a challenge I’m looking forward to. They (Munster) are a great side and I believe this is a good opportunity for me. I know a lot of the Munster lads after been involved with them at various levels so I think I know what’s required. Yes there are regrets to be leaving Leinster, I been here right from the start, have enjoyed my time and learned a lot here. I hope to help them achieve a few things before the end of the season.”