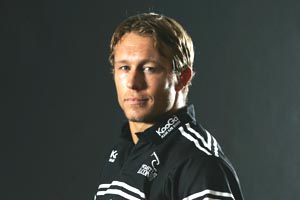 Newcastle Falcons fly half Jonny Wilkinson has been named in the England team for Saturday's Six Nations opener against Scotland at Twickenham. - 31/01/2007 17:03

Newcastle Falcons fly half Jonny Wilkinson has been named in the England team for Saturday’s Six Nations opener against Scotland at Twickenham.

Wilkinson made an injury-free comeback from kidney trouble on Saturday, playing 43 minutes against Leicester Tigers.

The 27 year-old has scored a total of 318 points at European level in 24 appearances for Newcastle Falcons in the European Challenge Cup and the Heineken Cup.

Falcons fans will hope that England’s World Cup hero comes through the Six Nations without any injuries and is ready for the European Challenge Cup quarter-final against ASM Clermont Auvergne.