Leinster ready to hit the road 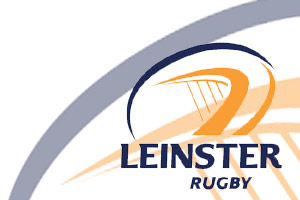 Leinster are replacing their Australian head coach Michael Cheika with a New Zealander for the next three years following the announcement that Josef Schmidt will take over the reins from next season. - 29/12/2009 12:51

Leinster are still kicking themselves for having made their Heineken Cup trail much harder this season, but are encouraged by knowing that last year they passed the hardest test of all…

They won in Toulouse in the quarter-finals in a dramatic game, a result they will need to draw confidence from as they face up to the away quarter-final at London Wasps and the possible semi-final away to Biarritz or Northampton.

“Toulouse was a huge occasion for us in terms of our confidence to go away to France and beat the side with probably the best record in the competition was hugely satisfactory for us and we know it is something we can do again,” said full back Rob Kearney.

“To beat a French side away is very difficult so if we do have to go to Biarritz in the semi-final then we know it’s something we are capable of, but before that we have Wasps, they are a fantastic side and we cannot really look beyond that.”

Leinster conceded home advantage in the quarter-finals by losing their final group game at Gloucester.

“We let a massive opportunity slip at Gloucester. We did not really perform on the night and at this level you cannot get away with that,” said Kearney.

“Wasps have some massive individuals who can do a lot for their side, it shows why they are former champions just three years ago.

“We are very lucky to have an enormous amount of leaders in our team, but it will be a huge occasion for us and probably won’t be something we have to pick up the level of focus.”