Biarritz coach praises his side 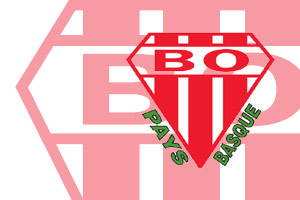 He says they are determined to put their name on the Cup to make up for last season’s disappointment of losing to Munster at the final hurdle.

.. Biarritz go into the quarter-finals as the number one seeds after winning six out of six and claiming a record 29 points in qualifying. Their reward is a home tie against group opponents Northampton, who they beat home and away in the pool stages.

“We are maybe not yet in the form as good as last April and May, but we are maybe as good as we were in January last year when we won in Ulster to qualify,” said Lagisquet.

“We are very happy, but our group was tougher than it seemed – the spirit in the team was fantastic and with that we can win important games.

“I hope we will qualify for our fourth semi-final. We really appreciate this compeitition, the level is getting higher and higher each season.

“We have won three French championships so it is important for us to be at the best level in Europe now and to be one of the teams to have won this competition.”

Although Biarritz have twice beaten quarter-final opponents Northampton this season, Lagisquet says they will not be taking another semi-final appearance for granted.

“They started the season very well, playing very fast, and even if they are not playing that way now then in spring they will be able to play that way again.”