Scarlets fly the flag for Wales 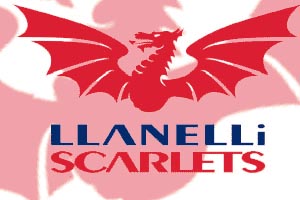 And Alix Popham, the man of the match in their resounding 35-11 Round 5 win over Ulster Rugby at Ravenhill, believes there is even better to come from the Scarlets after Wales failed to have an active interest in the knock-out stages of the last two tournaments.

The Scarlets were the last Welsh team to make the last eight back in the 2003 / 2004 season when they went out 27-10 to Biarritz Olympique – despite having earned a home tie with five Pool wins.

“We can definitely do something in this competition now,” said the Wales No 8. “It is great for Welsh rugby that we are through, but we now want to make sure we are home in the last eight which makes a massive difference.

“We have got the squad and belief and we will take a lot of confidence from winning away at London Irish, Toulouse and Ulster.

“We know that, on our day, we can compete with the best but our next focus has to be London Irish at Stradey Park on Sunday and we will treat them with all the respect they deserve.

“We are delighted with the result in Belfast but we still have a big job to do next week to make sure we are one of the top seeds.

“We have worked hard to get ourselves into the quarter-finals but we have to keep up that work because the key now is getting a home draw.

That could be massively important in the knock-out stages so we cannot afford to let up against London Irish.

“We have done well in Europe this year, but, when we don’t do so well – like over the Christmas period when we lost three in a row – people like to jump on the bandwagon with the criticism.

“However, I think we showed what we are capable of and the boys deserve huge credit for the performance against Ulster.

“In the first half our discipline was superb. The conditions were terrible but we kept the penalties to a minimum, kept hold of possession and really worked hard, especially when I was yellow carded.

“The rest of the boys were superb and when I came back on I managed to get a try to get us back into the game at a crucial time.

“Our defence was also awesome in the second half when they kept coming at us and we were really pleased not to let them score at that point.

“We always knew we had the ability to score tries and we showed that the longer the game went on.

“Now we must stay fully focused on the match against London Irish and our target of winning a home quarter-final.”