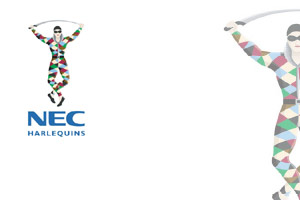 The battle for the three best runners-up places in the European Challenge Cup quarter-finals promises to be a tight contest – with NEC Harlequins desperate to stay in the mix with a home win over Connacht Rugby at The Stoop on Saturday…
..

With Pools 1 and 2 both having two teams with 20 or more points, the best Quins can finish with is 21 points if they can get a maximum haul with Newcastle Falcons also going into Round 6 on 16 points, Worcester Warriors on 15 and Montauban on 13.

And Quins Director of Rugby Dean Richards is adamant they want to be a part of the knock-out matches.

“Obviously losing the double header to Bath has put us out of the running for the Pool winners’ position, but we are still in it in terms of qualification for the quarter-finals and we’ll be taking that knowledge into the game against Connacht at the weekend.

“We had a pretty rocky start to our domestic season and the away match against Connacht was actually our first victory in any competition.

“But we have come a long way since then – particularly in terms of confidence.

“We are a team who need to feel confident in order to go out and win games, and we have had some very good results in recent weeks.

“We have put in some strong and convincing performances which have given us a real lift so I hope we’ll be able to perform, although we expect Connacht to be very competitive.

“They could have snatched the first leg in Galway from us in Round 1 at the death and we were slightly lucky to hang on for the win.

“We were pleased with the result against Montpellier, although the score suggests the game was easier than it actually was.

“Most importantly, we came out of the match without picking up any injuries and so will be able to put a strong team out for this weekend’s game.

“And although it’s always good to play in front of a home crowd, I’m not sure that home advantage will make as much of a difference as the weather conditions will!”