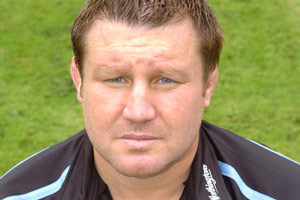 His team find themsleves down by 17 points after just 10 minutes, and were unable to haul themselves back into the match, eventually going down 34 points to nil.

“We did not help ourselves by giving tries away from turnovers, but after that the players stood up and showed commitment and attitude,” he admitted.

“This defeat will add to their determination to improve as players, our youngsters will benefit from this experience.

“The first three tries were from individual errors, but Leicester were very strong in most areas of the field – their scrum and lineout are probably the best in Britain and possibly the best in Europe.

“They were pretty much at full strength while we were missing some Lions and had players out there who were playing for Cardiff and Pontypridd a few weeks ago.”