Reivers can still have a say – Townsend 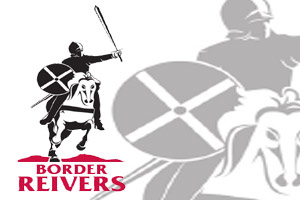 Gregor Townsend believes Border Reivers can deal a major blow to Northampton Saints’ qualification hopes at Netherdale on Sunday afternoon – and the Scottish star is keen to put one over one of his former clubs and give Reivers a Euro boost to boot.

The Reivers finish the Pool stages the following weekend with a trip to Overmach Rugby Parma, who they beat 35-3 in Round 1, with British and Irish Lions No 10 Townsend declaring: “Our aim is to finish this Heineken Cup tournament with three wins.

“The Saints are well placed with 15 points and they need at least one win, although it might even be two, to qualify for the quarter-finals so they will be out to try and get an away win this weekend.

“And it is good for us to be playing a big team like Northampton at this stage of the competition and, as I played for the Saints, I certainly hope to get some game time against my old club.

“It was disappointing to lose at home to Biarritz Olympique and then away to the Saints but I think we showed in both games against Biarritz that we are learning with every European match we play.

“We were very competitive against Biarritz and we have been scoring points and tries in our Heineken Cup matches so we will be making it as hard as possible for the Saints on Sunday – I am sure it will be a lot tougher for them than it was at Franklin’s Gardens.

“We appreciate that we cannot qualify but that does not diminish our hunger for a victory, we need wins to boost confidence and finish off on a high.

“What has been disappointing is that when we have been in games with a shout we have not carried things forward and finished them off and against the Saints we must perform for the full 80 minutes.

“Northampton are in seventh place in the Premiership and are a side packed with experienced players – particularly at half back where they have got Kiwis Carlos Spencer and Mark Robinson.

“Outside half Spencer is one of the most talented players in the game and Saints always try and play rugby, moving the ball and putting the opposition defence under pressure.
“The truth is that they have dangerous players right through the team with wings Ben Cohen and Sean Lamont two excellent finishers ready to make best use of the possession won by their big pack.
“It will be a big challenge for us but we are determined to try and finish the Pool stages with three Heineken Cup wins.”