This is the big one for Ospreys 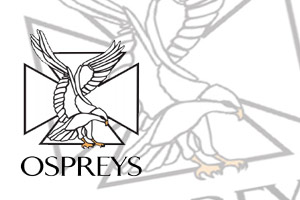 Lyn Jones is hoping his injury-hit Ospreys rise to the occasion and humble Stade Francais as the Welsh region prepare for the game of their season.
The Ospreys coach has had his squad severely depleted after being hit with long-term injuries for Sundays’s Heineken Cup clash at Swansea’s Liberty Stadium, which will define their European aspirations.

Just a point behind Pool Three leaders Stade, the Welsh region must win their last two games, including next weekend’s visit to Sale Sharks, to be sure of making the quarter-finals.

But the long-term loss of locks Ian Evans and Lyndon Bateman, as well as injuries to hookers Richard Hibbard and Huw Bennett, has left the Welsh region shorn of cover in the pack.

And both wingers Nikki Walker, struggling with a shoulder injury, and dazzling finisher Shane Williams, who has an ankle problem, face late fitness tests.

But history is on the Ospreys side following their 13-8 win over Stade at the Liberty Stadium last year and a repeat performance would put the Welsh in pole-position to qualify.

“Our injury situation is no different from the majority of teams at this time of year, although we are unfortunate to have lost two hookers and two second rows,” said Jones.  “Being successful in Europe is all about the majority of your squad being injury free, as this stage the
Heineken Cup is totally unforgiving of any weakness in your line-up.

“Stade have a squad full of world class players and they play a great style of instinctive rugby.

“We will have to perform across the park, as we did last year at the Liberty Stadium, if we are to get anything out of this match.”

It is a three-horse race to qualify from Pool Three with Sale, Stade and the Ospreys all in contention and all playing each other in the next two weeks.

Jones said: “All games are big, but this match clearly has an extra dimension given the closely contested nature of this group and the quality of our opposition.

“Stade will be doubly determined to set the record straight after last season’s result at the stadium, but we go into this game knowing we are capable of winning it.

“We can have confidence approaching this fixture, not just off the back of last year’s result, but also after the narrow defeat in Paris last October.

“It was one of our better performances, although without success, but it indicated that we can match the best teams in European rugby.”