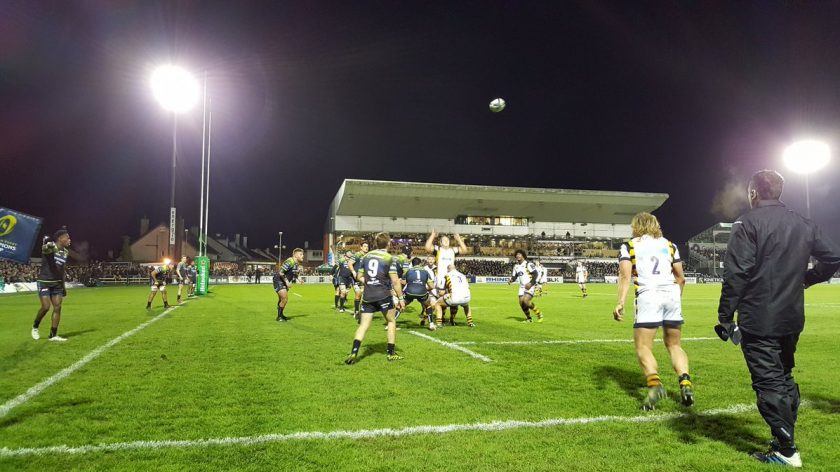 Wilkinson has put pen to paper on a new two-year contract less than six months into his first professional contract.


The South African is in his first year as a professional but Connacht coach Michael Bradley has been so impressed by him that he has extended the contract of the 23 year old.

Wilkinson, who joined Connacht during the summer after turning down the chance of Currie Cup rugby with Western Province, has made a big impact at the Sportsground.

Wilkinson has featured in fifteen of Connacht’s sixteen games this season and has been rewarded with a contract extension.

“We have been very pleased with Brett’s performances since he came here and are delighted to have reached agreement on a contract extension,” said Connacht CEO Gerry Kelly.

The South African prop will now be at the Sportsground until the summer of 2009 at least – by which time the rock solid Wilkinson will be Irish-qualified.
“I have really enjoyed my rugby since coming here and am delighted to extend my stay,’ said Wilkinson.

“This is my first year as a pro rugby player. It was a big step but thankfully so far it has worked out,” he added.

Former Ulster coach Alan Solomons is one of a number of coaches in South African who has helped mould Wilkinson into a top class prop.

Having been born in Grahamstown in the eastern Cape, Wilkiinson received a rugby bursary from the University of Cape Town, so he moved to study and play rugby in Cape Town.

“I made my first XV debut for the University of Cape Town in 2004. While there I was coached by former Ulster coach Alan Solomons and former Ulster player Robbie Kempson.

“Under them we did not lose a game and ended up top of the Western Cape Super A league in 2005.

“Last summer just before I came over I was offered the chance to join the Western Province Currie Cup team, but I chose to come Connacht instead.

“It has been a very good move for me and I am delighted to have settled in. We have come out the wrong side of a several tight results but it will come right for us in due course,” he said.