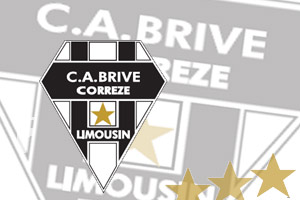 Barry Davies Brive can do the business when they meet Newcastle Falcons in a key Round 5 match at Stadium Municipal on Friday night. - 08/04/2008 10:04

The Brive captain has seen his team bank three try bonus points in winning all four of their Pool 3 matches so far – including a 41-12 Round 2 home victory over Newcastle Falcons – with Saturday’s trip to Kingston Park to face the Falcons in the return fixture the highest Pool hurdle left for the former Heineken Cup winners.

“Naturally we are delighted to be top of our pool in the European Challenge Cup,” said the flanker. “We have put in some fantastic performances and we are very proud of the way we have played some of our games.

“The European Challenge Cup is massively important to us and is our route into the next Heineken Cup. We really want to get back into the tournament and we are giving this competition our all.

“We are looking for the home quarter-final – and hopefully then for a home semi-final – then Heineken Cup qualification could just come down to one game and, on our day, we are capable of achieving it.

“Although we have not played as well in the Top 14 as we have on the European stage, we are fairly safe in the league and we have a strong enough squad to prioritise both of the competitions.”

Brive have an eight-point cushion over the Falcons and Bonvoisin is aware that Matt Burke’s team know that only a win will be good enough to keep them in contention.

“Newcastle can still qualify for the quarter-finals and we are sure they’ll be looking for a bit of revenge after the home leg in October,” he said.

“We are expecting a strong performance from them and are ready to put in a positive performance ourselves. We have a really positive attitude towards the game and I hope we will do ourselves proud.

In Round 2 we put in a fantastic game against Newcastle. Several players put in exceptional performances and we were lucky that things seemed to go our way.

“I know people talk about Newcastle as being a young squad, but we have a lot of young guys in our team too so I don’t think that will be an advantage to us.

“They play as though they have a lot of experience, and having played in the Heineken two seasons ago, they are not likely to lose their cool. They are physically effective and they are not afraid to run the ball so we need to concentrate on playing our game and trying to cancel out their game.

“If my memory serves me right from last year, I know that Kingston Park has some pretty unique weather conditions!

“We are prepared to change our game plan accordingly and, although we would like to play a good open game, we are ready to close things down and keep it tight if the weather conditions demand.

“We had a big game against Montauban last weekend so we will have to wait and see how everyone’s feeling, but we don’t have any big injuries and we are very lucky to have a very deep squad so we have not suffered through injuries.

“It means we have every position pretty much well covered and that is a big bonus.”