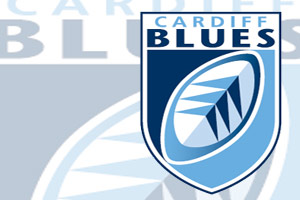 The Blues forward says his side are still smarting from the Tigers’ 21-17 Heineken Cup win at the Millennium Stadium last October and would love to poach a win in the return match.

After three defeats, Cardiff are out of the running for a European quarter final, but could spoil Leicester’s efforts to catch Pool Four leaders Munster – who are four points clear.

Injuries have forced Morgan to switch from blind-side flanker to lock, but after poaching a 27-13 win at Welford Road with Bristol in 2002, the 28-year-old knows what it will take.

He said: “After Leicester won such a tight game at the Millennium Stadium, we were bitterly disappointed. It has made the season a lot harder for us and we have definitely got a bit of pay back for what they did to us in Cardiff.

“I was at Bristol when we beat them at Welford Road in 2002, and there is nothing better in a rugby player’s career than winning up there in front of 16,000 fans.”

Morgan says there is no special secret to winning at Leicester – just lots of blood and sweat.

And after Leicester were gifted two tries from Blues mistakes in October’s clash, Morgan says the Capital-based outfit, must step up their game for the return.

He said: “You know what to expect, you just have to work really, really hard for everything you get. There are few tougher places to win.
“They haven’t been as strong of late, but they still make very few mistakes and will punish anything you do wrong and capitalise on your errors.

“We made two mistakes against them in the first match in Cardiff and they punished us enough to win the game, we can’t afford to make those mistakes again.”