Thomas out for 12 weeks 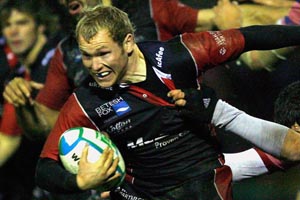 Lee Thomas broke his arm in the defeat at Newcastle Falcons. He underwent an operation to have a plate inserted in his forearm. - 03/01/2007 12:47

Lee Thomas broke his arm in the defeat at Newcastle Falcons. He underwent an operation to have a plate inserted in his forearm.

The Sale Sharks injury woes continue with the unfortunate news of centre come fly-half Lee Thomas breaking his arm in the side’s 40-25 defeat to Newcastle Falcons at Kingston Park on December 26.

Director of Rugby Philippe Saint Andre said, “This is very sad news for Lee and the club. Lee had been playing well at fly-half following his move from the centre. He was rightly awarded man of the match against Llanelli and was enjoying his new role until his injury yesterday. It is hoped he will return to action in about 12 weeks.” 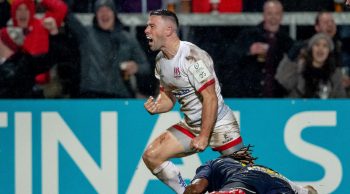 Clermont looking to wrap up Pool 3 at Harlequins