Date for the Heineken Cup draw is set 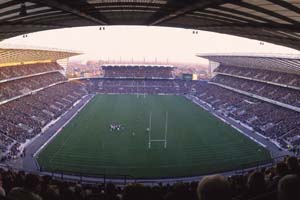 The draw, as per last season, will decide the make up of the six Pools of four teams each for the 2006 / 2007 Heineken Cup Pool stages.


ERC Chairman Jean-Pierre Lux will conduct the draw, which will take place in the Twickenham Stadium.

The No 1 seeded teams from each of the six nations – England, Ireland, Italy, France, Scotland and Wales – will be drawn in separate Pools. In England, Italy and France this will be decided by the winner of each respective domestic championship. In the three Celtic countries top seed will be decided by performance in the Celtic League.

No two teams from the same country will be drawn in the same Pool except for the seventh French club, Castres Olympique, who could face any of their six domestic rivals.