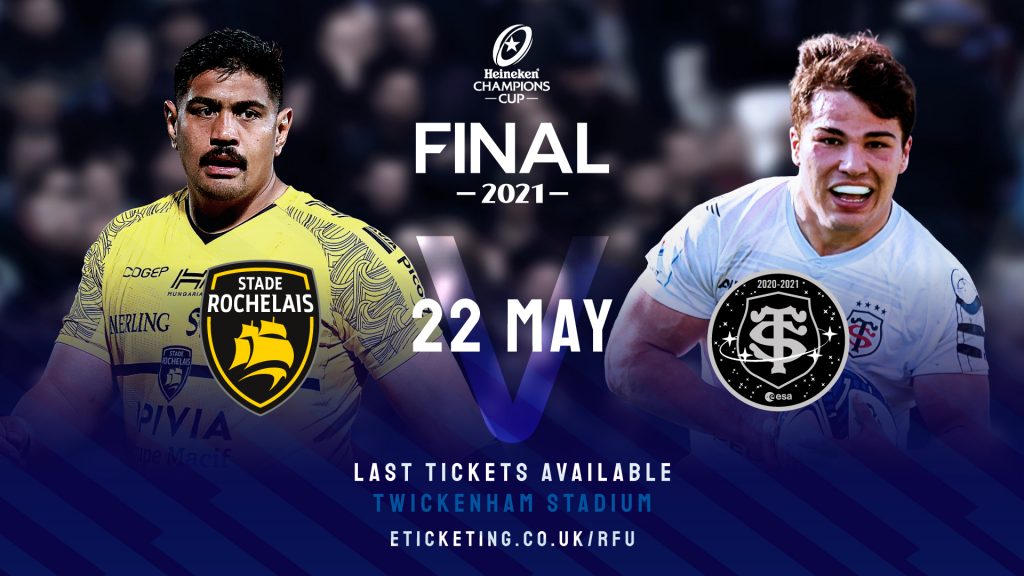 It’s a clash of two stellar French outfits in this season’s showpiece Heineken Champions Cup final at Twickenham Stadium as La Rochelle and Toulouse will do battle on Saturday afternoon for the biggest prize in European Rugby.

In terms of European experience and pedigree, La Rochelle and Toulouse couldn’t be further apart although it will count for little at 16:45 (UK and Irish time) on Saturday when 10,000 fans will be in attendance to see what is sure to be a European classic.

Perennial European heavyweights Toulouse will be going in search of a record-breaking fifth European Cup on Saturday, having already lifted Europe’s top club prize in 1996, 2003, 2005 and 2010.

Meanwhile, La Rochelle will be competing in the Heineken Champions Cup final for the first time, having only previously reached the quarter-final stage of the competition.

They can look back on a 2019 Challenge Cup final defeat to ASM Clermont Auvergne, and have plenty of European pedigree amongst the coaching staff, including Munster Rugby legend Ronan O’Gara and former Leinster Rugby coach Jono Gibbes.

EPCR European Player of the Year nominee Antoine Dupont has been at his brilliant best in this campaign for Toulouse, and is tied for top try-scorer in the competition with four –and has also beaten 20 defenders in his four matches.

La Rochelle’s Gregory Alldritt leads the competition in carries with 59, but arguably their finest player this season has been former Saracens lock Will Skelton.

The 2019 Heineken Champions Cup winner has taken his form to a new level this season, especially when producing one of the best all-round displays of the season against Leinster in the last four.

Don’t miss a moment of the drama from Twickenham Stadium, the home of English rugby 📺

🗣 “The fans really do make the game and we hope everyone is looking forward to attending live rugby again at Twickenham."

RFU CEO and EPCR Board Member Bill Sweeney is delighted to have fans back in the stadium for the #HeinekenChampionsCup Final 🙌https://t.co/qkzAgJDyeM

Will Skelton (La Rochelle): “We’ve got guys like [Dillyn] Leyds, guys like Victor [Vito], Greg Alldritt, who don’t change the way they play, they play to their strengths. Ronan and Jono facilitate that at training and its showing on the field.

“Ronan’s a legend of the game. I didn’t know how it’d go as a coach though, because it doesn’t always transfer – being a great player to a great coach. But for me, he’s been awesome. He’s been someone who has helped on the side of playing to your strengths.”

Cheslin Kolbe (Toulouse): “I just need to make sure that I prepare well throughout the week, before we leave for England and then I can calm down the nerves through the preparation we put in. I think it’s probably [partly due to] the long wait, Toulouse not getting the fifth title for ten years.

“Obviously there’s a bit of pressure on us as players to try and create history by getting that fifth star onto the jersey. But I’d definitely say that’s going to be our main focus. I think we just need to focus on the processes in the game.” 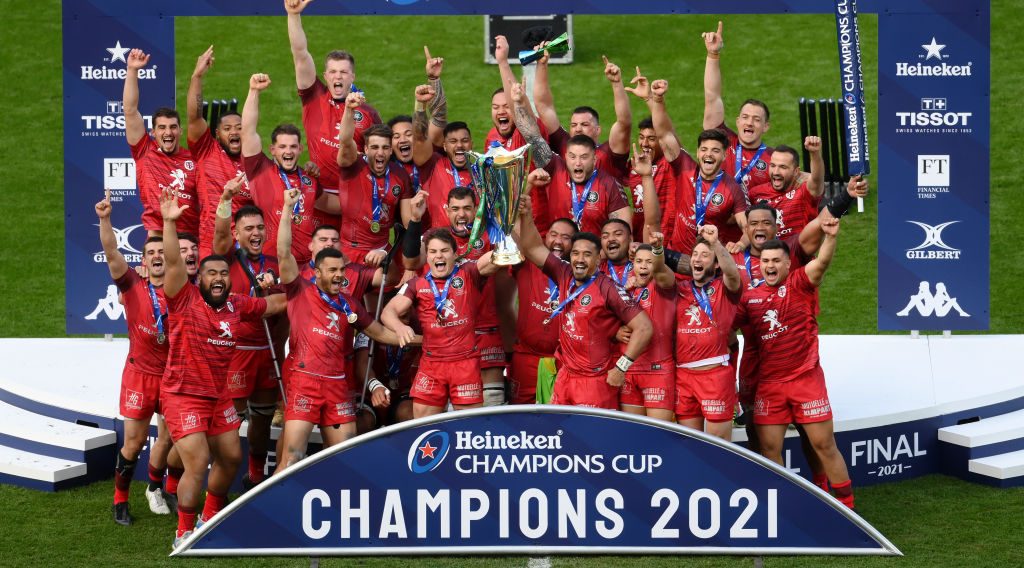 Toulouse became the first side to win five European titles on Saturday afternoon after a stunning 22-17 win over La Rochelle in a dramatic Heineken Champions Cup final at Twickenham Stadium.

La Rochelle will possibly regret a string of missed chances as well as a red card to centre Levani Botia, although Tawera Kerr-Barlow did cross the whitewash with five minutes to play to set up a grandstand finish.

The first half proved to be a something of a kicking battle, with Romain Ntamack first slotting over a penalty back before his opposite number Ihaia West responded with a three-pointer of his own.

Ntamack and West then traded further penalty kicks, before the match turned on 27 minutes.

On his first ever European start, Juan Cruz Mallia scores the first try in the Final 👏👏👏

Cheslin Kolbe went close to the opening try on 54 minutes but they would eventually cross the whitewash on the hour-mark.

The scrum-half captained @StadeToulousain to an incredible fifth #HeinekenChampionsCup trophy and was the standout all season 💪 pic.twitter.com/lFgwoAxMSZ

It came courtesy of Mallia, on his first Heineken Champions Cup start, after a lovely cut-out pass to start the move from Ntamack, before play was nudged back inside to Argentinian who darted back to the outside and dived over.