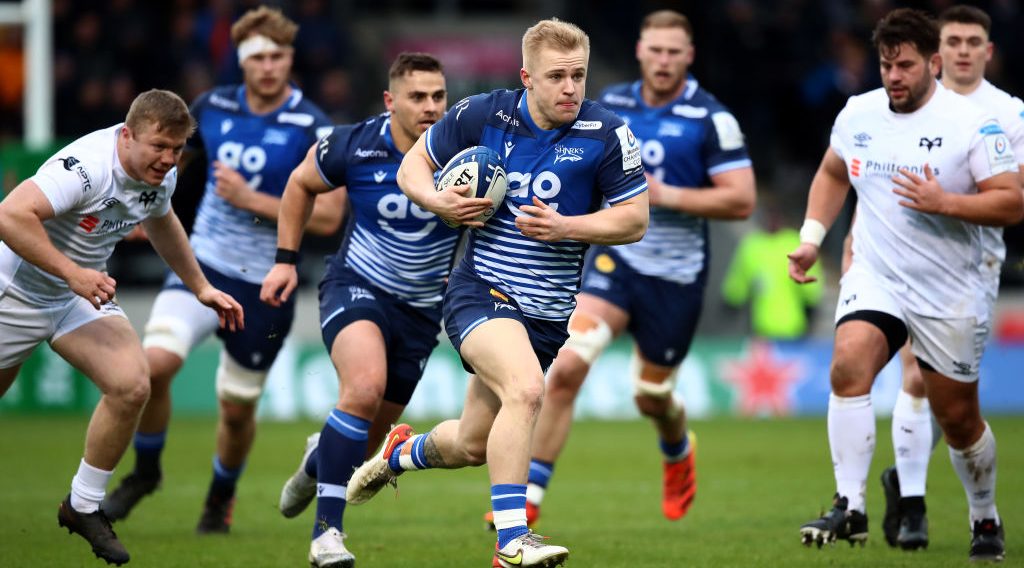 Sale Sharks travel to Racing 92 in the Heineken Champions Cup quarter-finals on Sunday aiming to reach the last four of the competition for the first time.

Sale have reached the last eight twice before, losing away against French opposition on both occasions – at Biarritz Olympique in 2005/06 and then at Stade Rochelais last season.

The game at Paris La Defense Arena, which is a first Heineken Champions Cup meeting between the two sides, kicks off at 15:00 (UK & Irish time) and will be televised live on BT Sport, Channel 4, beIN SPORTS, Virgin Media and France 2.

The Sharks are heading to Paris 👊

In exactly one week @Racing92 and @SaleSharksRugby will battle it out for a semi-final spot 🤜🤛#HeinekenChampionsCup pic.twitter.com/bZz3mqCJ4y

AJ MacGinty (Sale fly-half): “I know the lads pretty well and the type of people they are – they will relish that occasion and the underdog mentality. So, it is really about how we perform as a team – meaning we can’t play as individuals.” 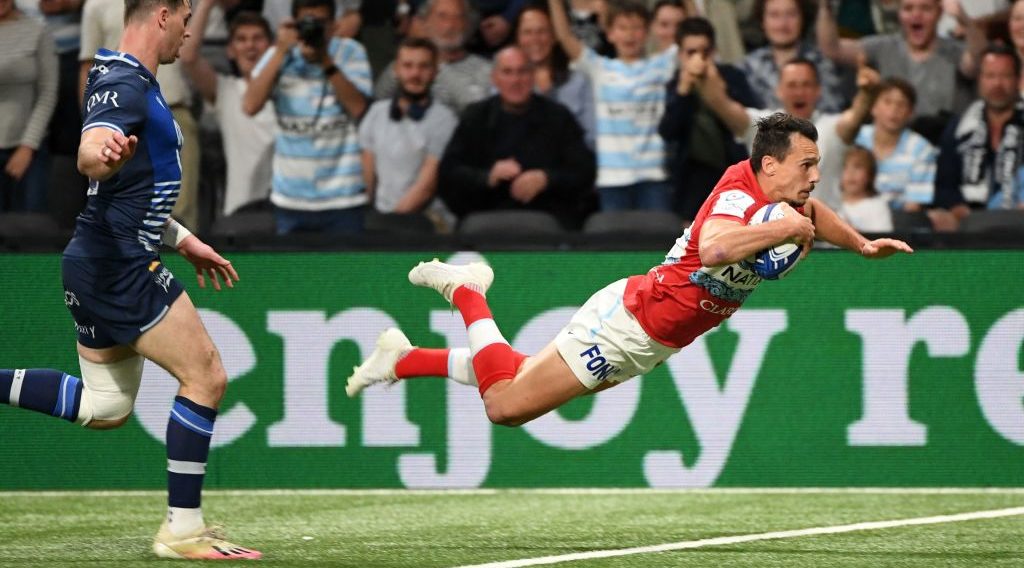 Racing wing Juan Imhoff dives over for a try against Sale

Sale led at half time thanks to Manu Tuilagi’s score but were unable to live with Racing in the second half, despite getting over through Akker van der Merwe and Ben Curry.

Sale centre Robert du Preez was off target with a penalty on nine minutes as the two sides looked to wrestle control, and Racing would then move into a six-point lead through two quick-fire efforts from scrum-half Le Garrec.

Sale scrum-half Faf de Klerk knocked on over the line as his side sought their first points of the game, which eventually came through a du Preez penalty on 23 minutes.

As the remainder of the half was dominated by set pieces, Racing looked set to take their slender lead into the break, but centre Tuilagi scooped up a loose ball and found a route to the try line for a score which handed Sale the advantage.

Racing hit back with a try two minutes into the second half as wing Thomas produced an outrageous finish, gathering the ball and kicking forward in one motion to avoid going into touch, before scooping up and dotting down out wide.

A superb performance from the French side 👏 pic.twitter.com/StGJtDrKwW

Le Garrec converted and extended Racing’s lead with a third penalty of the evening five minutes later, and points continued to flow for the hosts as fly-half Russell half-volleyed up the pitch and ran onto his own kick, hacking forward before picking up and planting down in the corner.

The hosts then pulled clear as wing Imhoff finished off a flowing move involving Le Garrec and full-back Spring.

Replacement flanker Ben Curry dotted down to give Sale a flicker of hope with seven minutes to go, but fly-half AJ MacGinty was yellow carded before Spring rounded off Racing’s win with another brilliant try in the final play of the game.