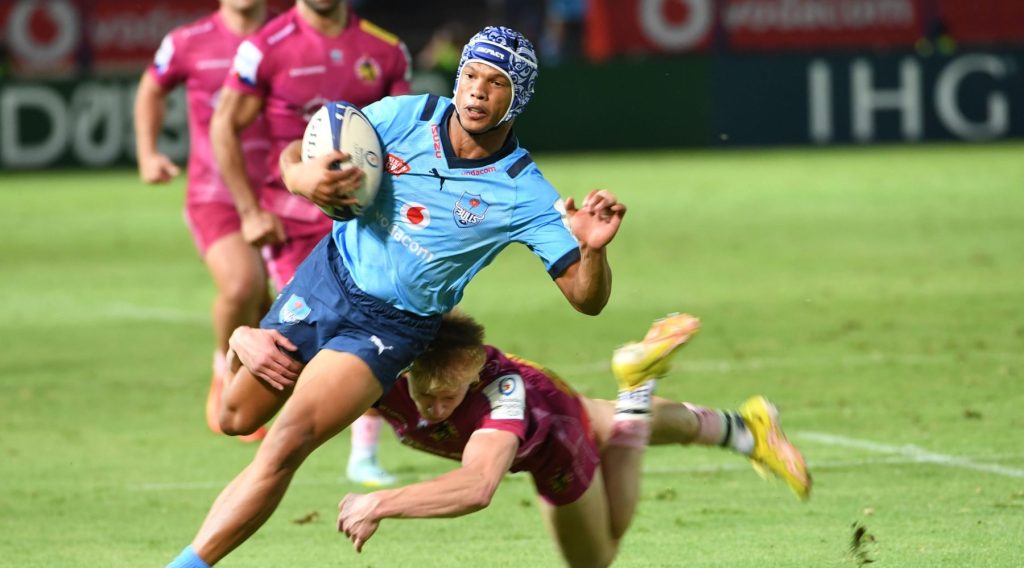 Kurt-Lee Arendse, who scored Vodacom Bulls' solitary try in their Heineken Champions Cup defeat at Lyon in Round 4

Vodacom Bulls look for their third win of the competition as they travel to Lyon in Round 4 of the Heineken Champions Cup.

They come in off the back of a 39-28 triumph over Exeter Chiefs in Round 3.

The French side are still without a victory in this campaign, and lost the reverse fixture last month 42-36.

The Pool A match kicks off at Matmut Stadium de Gerland at 8pm UK and Irish time, and can be watched on beIN SPORTS, SuperSport, BT Sport and FloRugby.

THE FINAL POOL STAGE ROUND 🚨

And the last chance to qualify…

Which #HeinekenChampionsCup R4 game will you be watching this weekend? pic.twitter.com/KALKTqE1qn 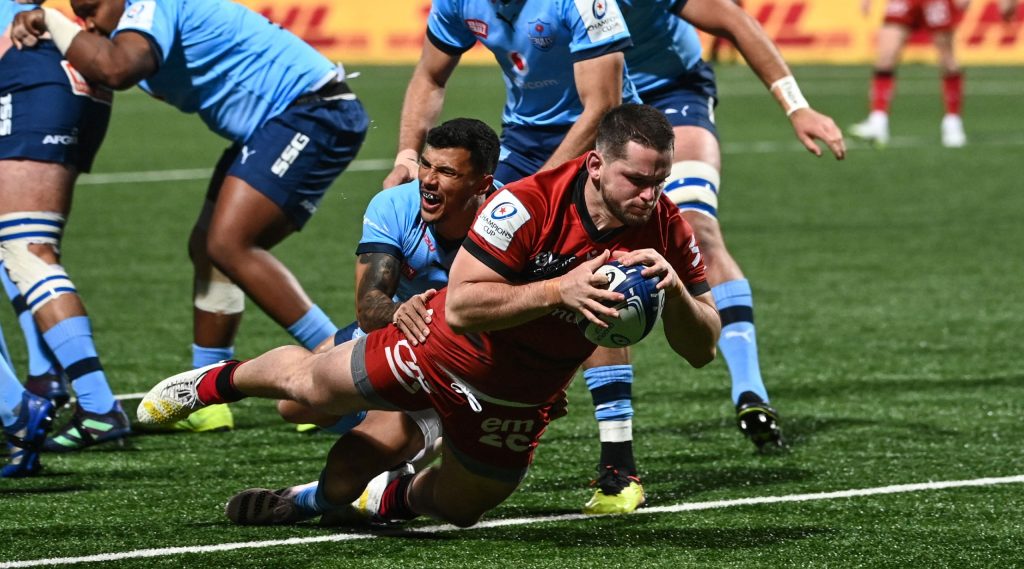 At a snowy Matmut Stadium de Gerland on Friday, Lyon produced a sensational performance to defeat a tired-looking Vodacom Bulls 31-7 and put themselves in contention to qualify from the Heineken Champions Cup Pool A.

Last year’s EPCR Challenge Cup winners earned themselves a crucial bonus-point win, with two tries from Guillaume Marchand, a wonderful score by Jean-Marc Doussain and another by Leo Berdeu, who also kicked 11 points.

Fly-half Berdeu kicked the conversion and followed that up with a penalty minutes later to give the home side a ten-point lead within ten minutes. The 24-year-old was perfect from the tee on the night and kicked conversions for all four Lyon tries.

Over the next 20 minutes it was predominantly Vodacom Bulls applying the pressure, but they were unable to avail themselves of their entries to Lyon’s 22.

While the French club’s defence was solid and disciplined at the breakdown, the visiting side’s penchant for errors was their undoing, as it was all game.

We're sure scrum halves shouldn't be this built 😆

On 36 minutes, it was Lyon’s turn to return to their opponent’s territory, moving up the field with a fast break. Their pressure culminated in a brilliant try from Doussain, the scrum-half going over after driving through a Vodacom Bulls defender in a brilliant piece of individual determination.

Lyon smelt blood just before the break and tightened the screw on Vodacom Bulls once more. With Simphiwe Matanzima in the sin bin, the victim of a number of Vodacom Bulls infringements, Marchand went over with for his second, Lyon’s pack once again dominating their South African counterparts.

Lyon were on top for the first moments of the second period, but when full-back Arendse intercepted a long pass, he went from one end of the pitch to the other to score Vodacom Bulls’ first points of the game.

Johan Goosen kicked the conversion, but that proved the South African outfit’s last points as they failed to build on their score, Lyon weathering an initial storm of pressure in the wake of Arendse’s try to come out on top.

The final points of the game came on 57 minutes when Lyon earned their crucial fourth try, Berdeu spotting a gap in the defensive line, powering through it and getting over to give his team the bonus point.

Lyon now must wait and see if they will qualify for the Round of 16, but they have done all they can with their bonus-point win.