Scarlets host Sale in final Round of 16 clash 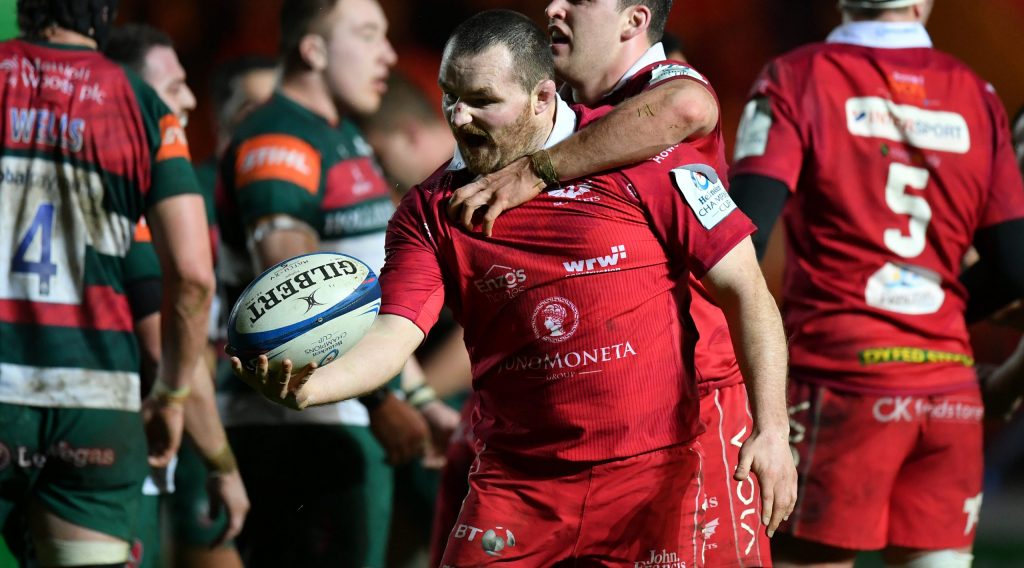 Scarlets and Sale Sharks square-off at the Parc y Scarlets on Sunday as the Heineken Champions Cup Round of 16 concludes.

The Welsh region are unbeaten in this season’s competition and will relish the opportunity to reach the last eight of Europe’s premier club competition for a fourth time. A 23-19 win over Bath Rugby in the opening round of fixtures was coupled with an awarded tie against Toulon in round two.

Sale, meanwhile, are in fine form domestically as they sit third in Gallagher Premiership table. They will be hoping to bring that form into European action after 26-14 and 16-15 defeats at the hands of Toulon and Sale respectively in the competition to date.

Kick-off in Llanelli is at 17:30 (UK and Irish time) and is available live on BT Sport in the United Kingdom and beIN SPORTS in France.

Who do you see taking the spoils in the final clash of the weekend? 👀

Ken Owens (Scarlets): “Europe means a lot to this club, this region, we have got a lot of history in the competition. Last year it was disappointing to be outside the top tier, but it has been great to be back in this season. It’s an opportunity for us to create a bit of history with these players but it will be tough against a Sale team with world-class players.”

Alex Sanderson (Sale Sharks): “Willy Wonka’s I’ve got a golden ticket springs to mind (after two defeats). We are not going there to make up the numbers though. We are going there for a purpose – as is everyone else in the Round of 16 – and that is to do a job, to go through.” 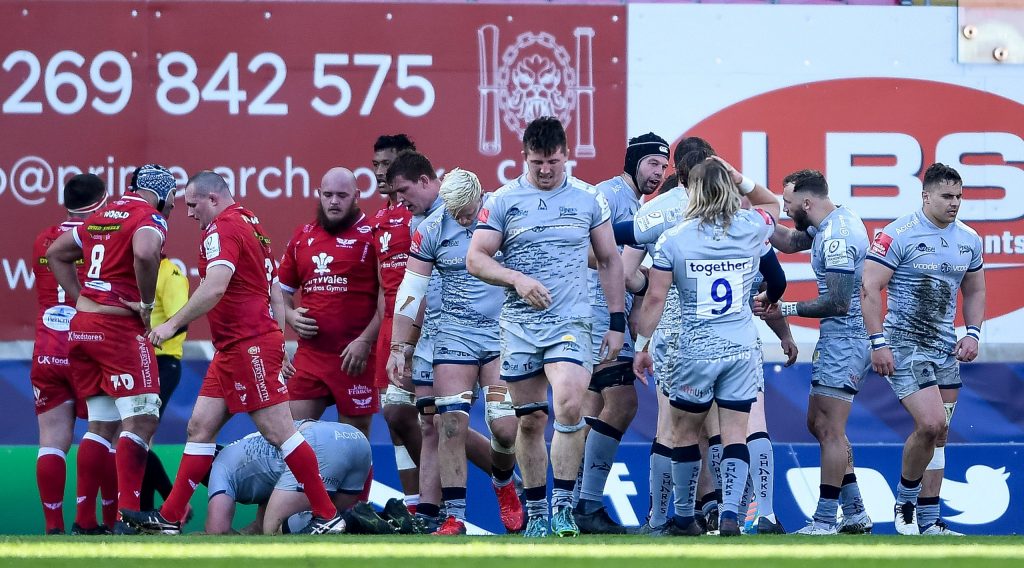 Sale Sharks put in a dominant display to dismantle Scarlets in a 57-14 win over the Welsh region in Llanelli on Sunday evening in the final Heineken Champions Cup Round of 16 match.

The English side ran in six tries whilst USA fly-half AJ MacGinty scored 32 points in what was a clinical display of goalkicking throughout.

Sale hit the front inside three minutes from a MacGinty penalty and moved further clear on 18 minutes.

It was a mix-up between Ken Owens and the Scarlets forwards, with the ball ending up over them all and into the hands of Akker van der Merwe who powered past the startled backs for the Welsh region and scored the opening try.

A J MACGINITY THE MAGICIAN 🤩🎩

The gift that keeps on giving, excellent change of direction to find a bit of space and expose the narrow Scarlets deffence.

Beaumont more than happy to receive the pass for the line. ☺️#HeinekenChampionsCup pic.twitter.com/BZBcWsM99i

Either side of further MacGinty three-pointers, Sale crossed the whitewash for the second time.

The Sale driving maul was stopped initially but the second drive proved fatal for the Welsh region as Van der Merwe got his second of the afternoon.

Sale were just as dominant in the second period, with a horror pass under Sale pressure from Faf de Klerk allowing MacGinty to kick forward on the bounce and dive at the posts for another try.

"I was really happy, not just with the line speed, but how they stuck at it for 80 today."

"The combination of Faf and AJ has just been gelling really well in the games that they've played together."@SaleSharksRugby's Alex Sanderson reflects on a big win#HeinekenChampionsCup pic.twitter.com/cNYk97unXm

Ken Owens did cross after a Scarlets driving maul to give the Welsh region a sniff but any hope of a comeback was soon extinguished.

Tries from Marland Yarde, Josh Beaumont and Raffi Quirke put further gloss on the scoreline, whilst Jac Morgan crossed for for the Welsh region.