PREVIEW: So much at stake in emotional final 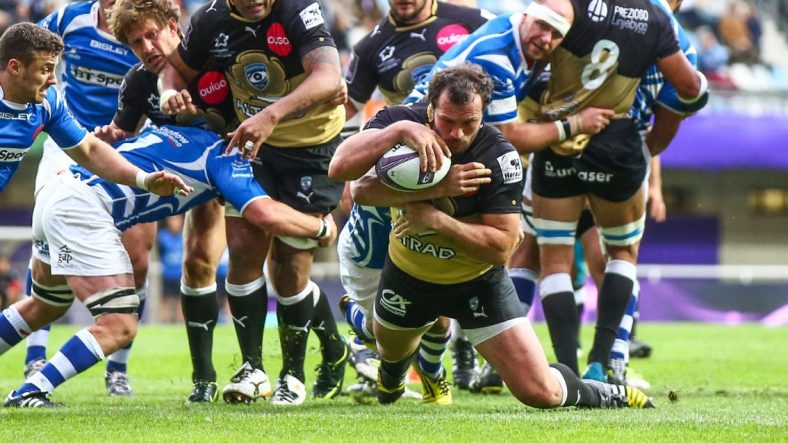 There is more than just the Challenge Cup at stake for Harlequins in Lyon on Friday night. Victory over Montpellier will not only earn them a fourth European title

There is more than just the Challenge Cup at stake for Harlequins in Lyon on Friday night. Victory over Montpellier will not only earn them a fourth European title, but will also guarantee them a place in next season’s Champions Cup.

Having slumped to a record home defeat in the Aviva Premiership last weekend, conceding 10 tries against a rampant Exeter Chiefs team in a totally unexpected 62-24 hammering, everyone connected with the club will be hoping for a better send-off for Conor O’Shea after his six-year stint as director of rugby.

O’Shea apologised to the Quins supporters at the end of his final home fixture. What is will be looking for at Grand Stade de Lyon is a reaction to that defeat to help deliver a fourth major trophy during his reign.

But O’Shea knows full well it will take more than a reaction to beat the team currently lying in second place in the TOP 14. Quins will have to be at their very, very best to overcome a Montpellier side seeking to win the biggest prize in their brief history.

While Harlequins are all-set to celebrate their 150th anniversary next season, Montpellier wee formed out of an amalgamation of the Stade Montpelliérain and MUC Rugby clubs in 1986. They won the PRO D2 title in 2003 to qualify for European for the first time and celebrated by winning the third-tier tournament, the European Shield, in 2004.

In 2007, current captain Fulgence Ouedraogo became their first French international and in 2011 they reached the French Championship final. They lost that game in Paris to Toulouse and won’t want to slip up again no French soil when they march on Lyon.

They lost twice in the pool stages, going down 41-18 at Harlequins and 37-27 at the BT Sport Arms Park against Cardiff Blues, but still managed to finish as runners-up to the Quins with a 42-9 final round victory over their final rivals. That makes in game in Lyon the decider!

Former World Cup winning coach Jake White has a squad packed full of winners from around the world and won’t want to let slip the opportunity to pick up some significant silverware. Last weekend’s defeat at La Rochelle will have focussed the mind as they bid to stay on course for two titles.

While Danny Care’s side will be seeking the perfect send-off for O’Shea, Montpellier will want to send their legendary tight-head prop Nicolas Mas into retirement with a winners’ medal at the end of his 16th season in European competition.

Demetri Catrakilis looks like being given the nod to don the No 10 jersey ahead of Francois Trinh Duc and Ben Lucas, while Nick White is on stand-by to start at scrum half following Benoit Paillaugue’s slight injury last weekend.

But while Montpellier are well blessed in the goalkicking department with Catrakilis and Paillaugue, it is in the front five where their real power lies. Newport Gent Dragons buckled against the Montpellier pack at the set-piece in the semi-finals and there is likely to be a battle royal between the French side’s Springbok front row and the Quins’ Grand Slam props Joe Marler and Adam Jones.

Whoever comes out on top in that department, you feel, will gain a significant advantage on which to build a winning game plan. Other than that, it is too close to call. 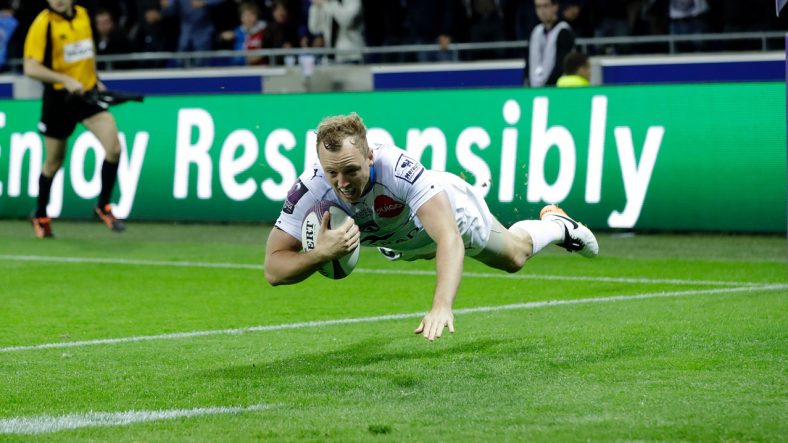 Demetri Catrakilis landed four penalties to put the trophy beyond Quins’ reach, before Marland Yarde snaffled up a grubber kick to score and give the English side hope. But, despite Botica’s late penalty, it was not quite enough to give the London side their fourth Challenge Cup title.

Montpellier have earned a place in the next season’s Champions Cup pool stage with their Lyon triumph.

Harlequins, who will wave goodbye to their director of rugby Conor O’Shea at the end of the season, looked intent to give him the perfect send-off from the first whistle.  Nick Evans chipped over the onrushing Montpellier defence to find space for George Lowe before the promising attack was illegally slowed by Mikheil Nariashvili. Former All Black Evans was on-target with the resulting penalty for an early 3-0 lead.

But it did not take long for the French heavyweights to land a counter-blow. Their giant pack shunted them to a scrum penalty from five metres out, and Catrakilis made no mistake from the tee to level the scores after six minutes.

Benjamin Fall was forced off for Montpellier with a hamstring injury, but his replacement struck to bring the final to life. The 127kg lock Paul Willemse burst through on the halfway line, before Frans Steyn looped a pass to Marvin O’Connor. The wing darted inside before feeding Anthony Tuitavke, who in-turn gave a pass to Jesse Mogg, who sprinted over the try-line.

It looked as if Montpellier were pulling away when Catrakilis landed another penalty to make it 13-3. But Evans hit two of his own to cut the gap to four points at half-time.

Evans missed a penalty after the interval that would have cut the deficit to a single point, and his Quins side were made to pay. Jake White’s men hammered at the door, with Catrakilis going close. But with a penalty advantage, replacement scrum-half Benoit Paillaugue found Mogg with a perfectly weighted kick, and the Aussie claimed it to score his second. Catrakilis converted for a 20-9 advantage.

Catrikilis landed his third penalty after 57 minutes, before Quins blew a golden opportunity. Lowe made an initial break downfield before Yarde accelerated towards the line. Mike Brown sent an accurate kick towards Tim Visser, but the flying dutchman could not mimic Mogg and spilled the ball. And Catrikilis landed another penalty to wrap-it-up at 26-9.

Yarde picked up Ben Botica’s grubber kick to score and give Quins hope, before Botica hit a penalty to give them a three-point gap to make-up with as many minutes remaining.