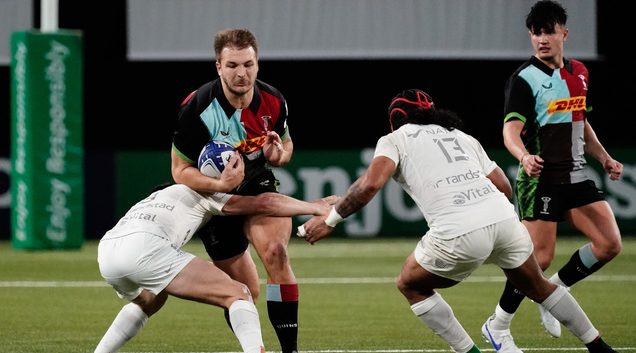 Harlequins know they have work to do in Round 4 of the Heineken Champions Cup against Cell C Sharks at Twickenham Stoop on Saturday if they are to qualify for the knockout stages.

Quins have notched only one win so far in the competition and sit seventh in Pool A, the penultimate qualification slot and just two points ahead of ninth-placed Gloucester Rugby.

However, they were able to take plenty of positives away from their narrow 30-29 loss at Racing 92 last week – and will hope to put them into practice against a side who have reached the knockout stages.

The match kicks off at 1pm local time, and can be watched on BT Sport, SuperSport, BT Sport and FloRugby.

Harlequins head coach Tabai Matson: “We want to play with tempo; we want to move them around the field. There’s lots to move forward with.”

THE FINAL POOL STAGE ROUND 🚨

And the last chance to qualify…

Which #HeinekenChampionsCup R4 game will you be watching this weekend? pic.twitter.com/KALKTqE1qn 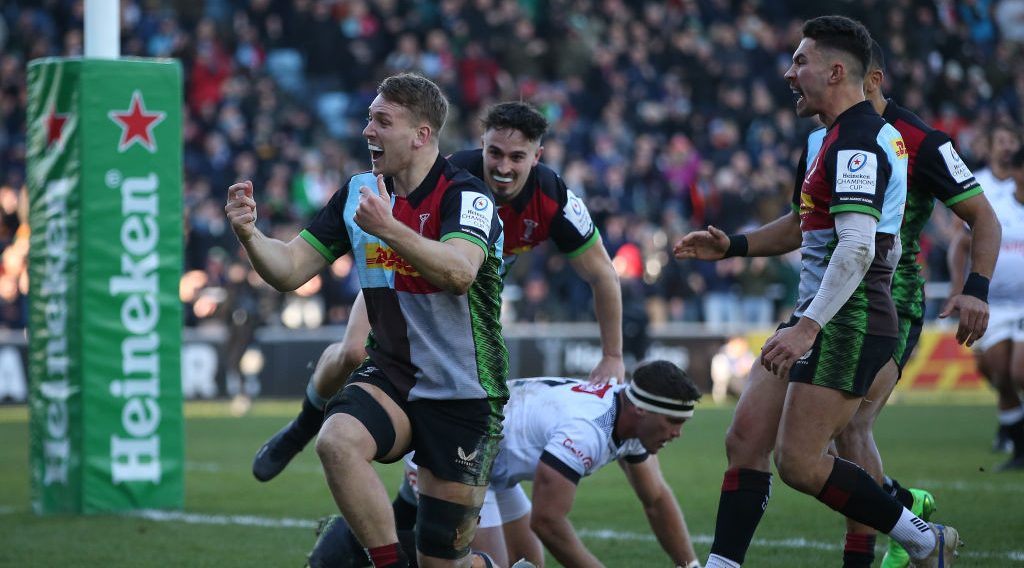 Harlequins secured their place in the Heineken Champions Cup Round of 16 as they defeated Cell C Sharks 39-29 at Twickenham Stoop on Saturday.

Quins notched a bonus-point win in the crucial Pool A, Round 4 contest as Danny Care, Alex Dombrandt, Cadan Murley, Stephan Lewies and Nick David all crossed, with Marcus Smith adding 14 points from the tee.

Lukhanyo Am, Jaden Hendrikse and Eben Etzebeth scored first-half tries for Sharks, and although the South African outfit faded after the break, Aphelele Fassi got over for their vital fourth score and boosted their hopes of a home Round of 16 tie.

Cell C Sharks were ahead inside two minutes, with centre Am crossing after full-back Fassi’s kick bounced kindly for wing Thaakir Abrahams.

We couldn't have scripted it better ourselves ✍️

On his 350th @Harlequins appearance, @dannycare does what he does best, spotting a gap and nipping through it to score 👏#HeinekenChampionsCup pic.twitter.com/5pNWP9c2Qm

But Quins wrestled control over the next quarter of an hour as scrum-half Care, on his 350th game for the club, nipped round the corner to finish smartly.

No.8 Dombrandt was then the beneficiary of brilliant flowing move kick-started by a typically robust carry from centre Andre Esterhuizen and a surging run from full-back David.

A third score came on 17 minutes as the hosts shifted the ball down the line and allowed wing Murley to cruise over in the corner unchallenged.

Cell C Sharks had added three points to their tally after Quins’ second cross through a penalty from fly-half Bosch, and had their second try on 26 minutes when scrum-half Hendrikse finished superbly after a powerful run from wing Marnus Potgieter.

The strength of Marnus Potgieter, the pace and finish from Jaden Hendrikse 🦸‍♂️

Fly-half Smith’s penalty on half an hour looked set to be the final points of the first half, but Cell C Sharks would snatch a third score in the dying seconds as lock Etzebeth sneaked around a Quins ruck to steal the ball and dot down in a wily but fair piece of play.

Quins therefore took a slender 24-22 lead into the second half, and that was increased by another five points as lock Lewies powered over for the bonus-point try amid a lineout maul.

The home side notched another try on 51 minutes thanks to a brilliant individual effort from David, who swept up a kick from Abrahams inside his own 22, stabbed forward himself, before gathering and finishing under the posts from halfway.

Quins saw the game out over the remaining half an hour, with Smith adding another penalty on 68 minutes, though Sharks would get over in the closing stages as Fassi picked his way through following a period of sustained pressure.