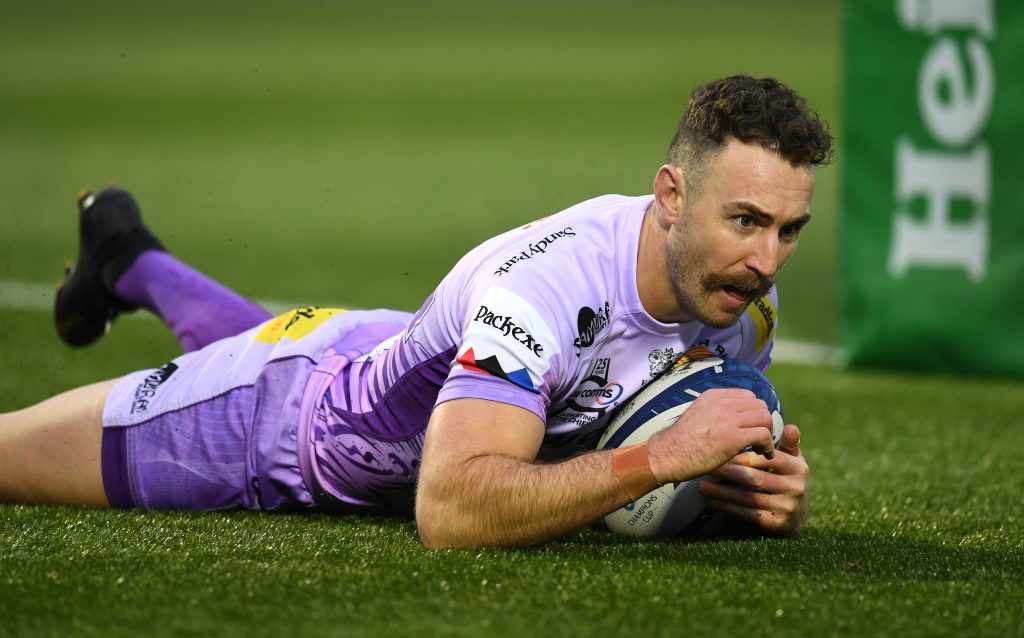 A win for Exeter Chiefs against La Rochelle on Saturday evening at Sandy Park in Pool 2 will be enough to secure the English side a home quarter-final in the Heineken Champions Cup.

This match comes after Exeter managed to pick up all five points against La Rochelle on the road in Round 1 and wrapped up the Pool with a 31-31 draw at Glasgow last weekend. 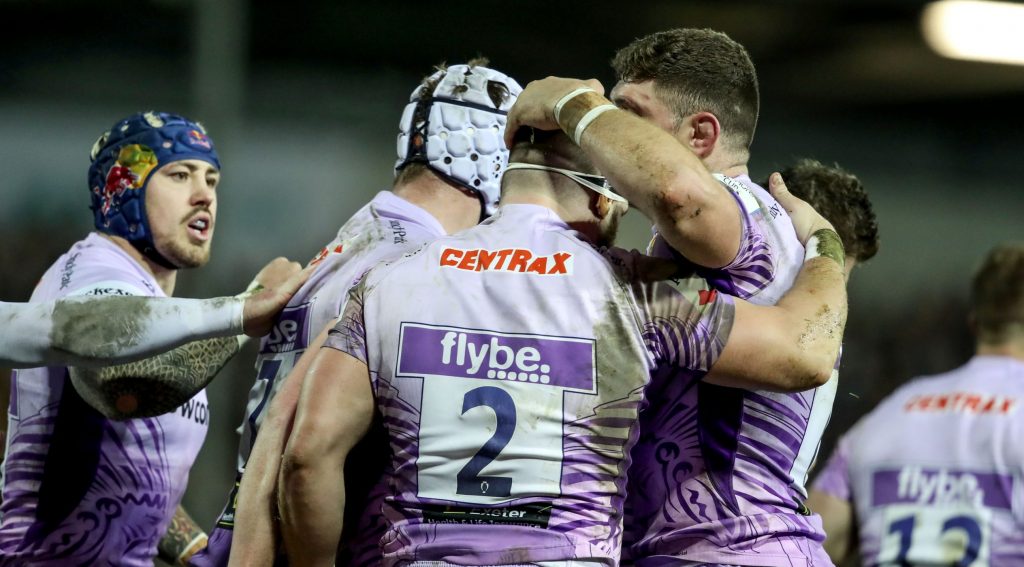 They started the stronger side and took the lead after a driving maul got rolling on and over the try line with Luke Cowan-Dickie the man to dive over.

La Rochelle hit back though with an immediate response as Kini Murimurivalu received the ball out wide and powered past two Exeter players defending their own line in the corner.

In a crazy three minutes before the break, Dave Ewers first gave Exeter the lead again after a tap in front of the posts but the French side would respond.

La Rochelle were on the front foot and spread play wide before a deliberate knock on meant Stuart Hogg was given a yellow card and a penalty try was awarded to the visitors.

Exeter took over in the second period with the first try coming from a tap and go with a powerful Cowan-Dickie carry, releasing Sam Simmonds who rode a tackle and went over.

Simmonds would double his tally on 57 minutes after dotting down at the back of a rolling scrum, bringing up the bonus point before Stuart Townsend later added a fifth try.

That win means Exeter Chiefs will have a home Heineken Champions Cup quarter-final, to be confirmed tomorrow.