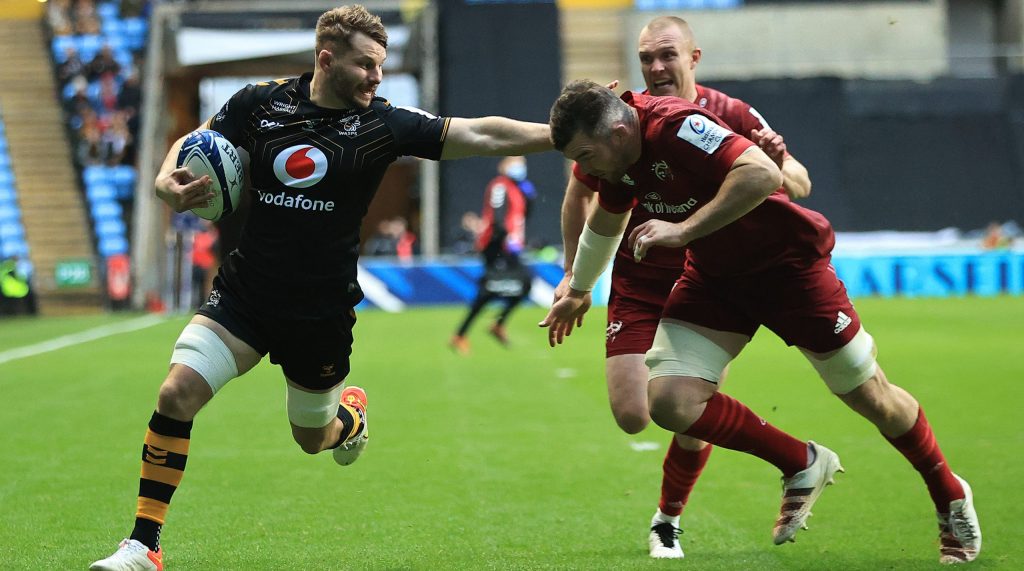 Wasps’ Thomas Young in Round 1 action against Munster

Wasps will be hoping they can avoid setting a club record for consecutive home losses in the Heineken Champions Cup when they entertain holders Stade Toulousain on Saturday.

Lee Blackett’s side have been beaten in their last two Heineken Champions Cup games at the Coventry Building Society Arena, including a 35-14 defeat to Munster Rugby in Round 1, and have never lost three home games in a row in the competition.

The Pool B game starts at 1pm and is being broadcast live on Channel 4, Virgin Media, BT Sport and beIN SPORTS. 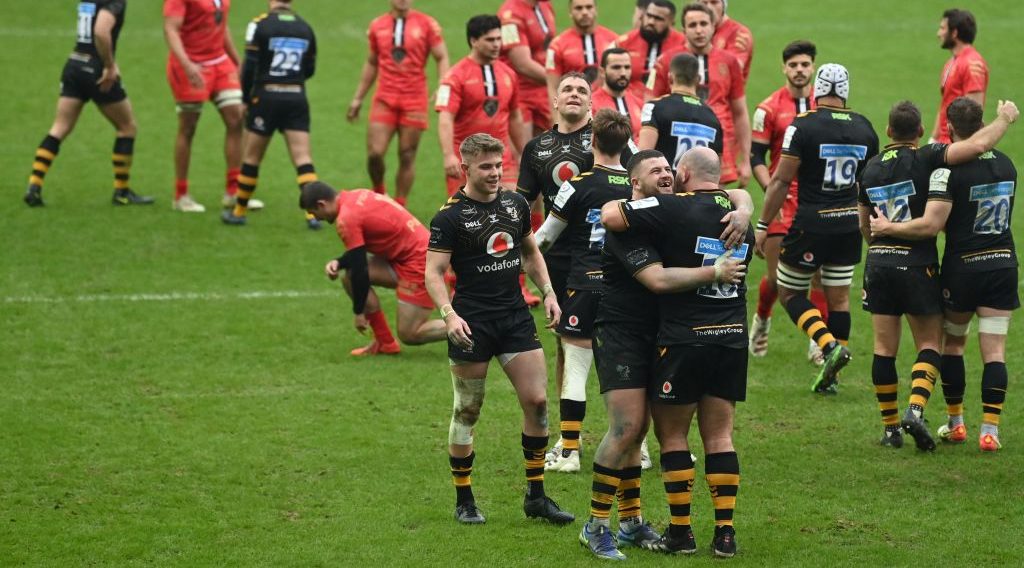 Wasps earned a fantastic 30-22 win over Stade Toulousain in the Heineken Champions Cup on Saturday despite being reduced to 14 men in the first half.

Full-back Jacob Umaga was shown a red card on 33 minutes at Coventry Building Society Arena but the hosts battled hard and produced commendable defence to clinch a deserved victory over the reigning champions in Pool B.

Toulouse started with the poise and precision that earned them their fifth European crown last season, shipping the ball through the hands and winning a lineout in the corner five metres out.

A huge shunt from the resulting maul saw flanker Francois Cros dot down and full-back Thomas Ramos’ conversion from out wide saw them 7-0 up with less than two minutes on the clock.

But Wasps were undeterred by the early score and grew into the game, with prop Biyi Alo bundling over for their first try on 18 minutes, Jimmy Gopperth’s conversion drawing them level.

And they continued to put Toulouse under pressure, racking up the penalties close to the visitors’ line before captain Brad Shields dotted down to put them in front moments later following a powerful driving maul.

Wasps continued to threaten Toulouse over the remainder of the half, but there would be a cruel twist as Umaga was sent off for a high tackle.

Ramos slotted the resulting penalty from in front of the posts, and the away side turned the screw over the final minutes, but Wasps would hold on to take their slender lead into the second half.

That advantage would be extended to seven points early on in the second period as Gopperth kicked a penalty on 42 minutes.

Wasps’ defence continued to hold firm, before Toulouse No.8 Anthony Jelonch was shown a yellow card for a high tackle on 55 minutes, making it 14 against 14 for 10 minutes.

Leicester Tigers one week, Toulouse the next.

Gopperth slotted the resulting penalty leaving Wasps with a 10-point lead, but that margin was reduced to five points when Toulouse hooker Peter Mauvaka crashed over from close range on 61 minutes following successive rumbling mauls from the visitors.

But even with Toulouse back to their full compliment, Wasps would notch another try, executing a slick move from an attacking scrum with Heineken Star of the Match Alfie Barbeary eventually barging his way over.

Gopperth added the extras from the touchline to push them further ahead with 10 minutes to play, but a Toulouse onslaught would predictably ensue with replacement Emmanuel Meafou getting over the line, only for a TMO review to spot a double-movement.

Gopperth kicked another penalty in the closing stages to take his match tally to 15 points, and although Toulouse had the final say as substitute Paulo Tafili dotted down following another driving maul, Wasps had already secured a famous victory.

The Gallagher Premiership side visit Munster Rugby in Round 4 next weekend while Toulouse host Cardiff Rugby.