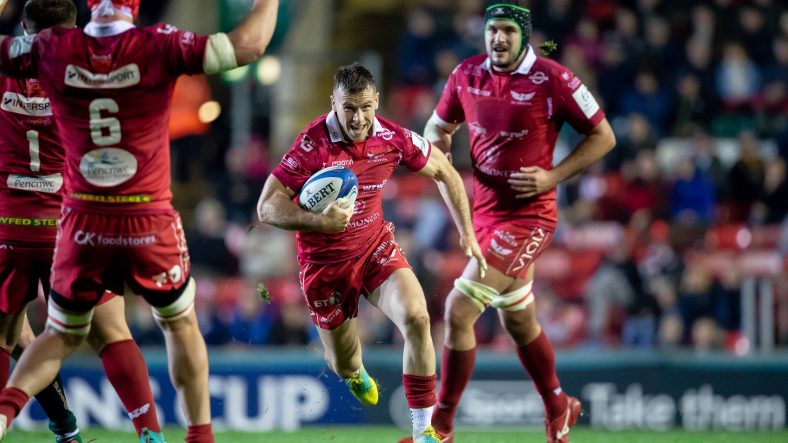 Scarlets host Ulster Rugby on Friday night having not lost to their opponents in four home European fixtures. The Pool 4 clash is live from Parc y Scarlets at 19:45 GMT, with coverage on BT Sport.

Here's another one of our favourites from last season's campaign! Make sure you're #inthepack with us this Friday as we welcome @UlsterRugby for Round 3!

Ulster skipper @RoryBest2 will equal @andrew_trimble's club record of 71 @ChampionsCup appearances when he leads the side out against Scarlets tomorrow night. 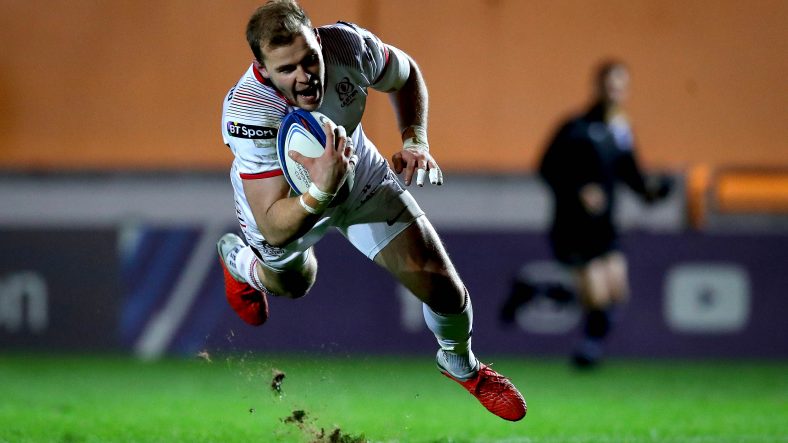 Ulster's Will Addison scores their third try of the game.

Ulster Rugby secured a try-scoring bonus point triumph over Pool 4 rivals Scarlets on Friday night to boost their hopes of a quarter-final spot.

Rhys Patchell and John Cooney traded early penalties, but it was Jacob Stockdale that scored the first try on a cold and windy night at the Parc y Scarlets.

Centre Will Addison started an Ulster attack from his own half, before handing it to the Irish international Stockdale, who used his power to cross over for his sixth try in 11 European appearances. Cooney missed his conversion attempt.

Steff Evans’ try put Scarlets in the lead courtesy of some good work from scrum-half Gareth Davies which was converted by Patchell. But it was 25-year-old Patchell at fault for giving Ulster a chance to get themselves back into the game.

The fly-half kicked the ball out on the full and provided Ulster with a field position to build from – and they took full advantage. After a few big carries from the Ulster pack, wing Henry Speight dotted over in the corner.

Will Addison, who was awarded Heineken Man of the Match, gave the Irish province a third try as he carved his way through the Scarlets defence with ease and scored underneath the posts. Scrum-half Cooney added the extras.

Steff Evans did grab one back for Scarlets but number eight Marcell Coetzee responded immediately to give Ulster their try-scoring bonus point.

Dan Davis scored on his European debut at the end to give Scarlets their own bonus point but it proved noting more than a consolation try and Ulster held on to win 25-24.

Ulster head coach Dan McFarland, said after the match: “We’re really delighted. Physically we fronted up and this is a really difficult place to win but we came wanting to play and thought we had a chance.

“Our defence played a big part today because the Scarlets have some really dangerous players and for long periods of that game we kept them at bay.”

The two sides will meet once again next Friday night at the Kingspan Stadium in Belfast.