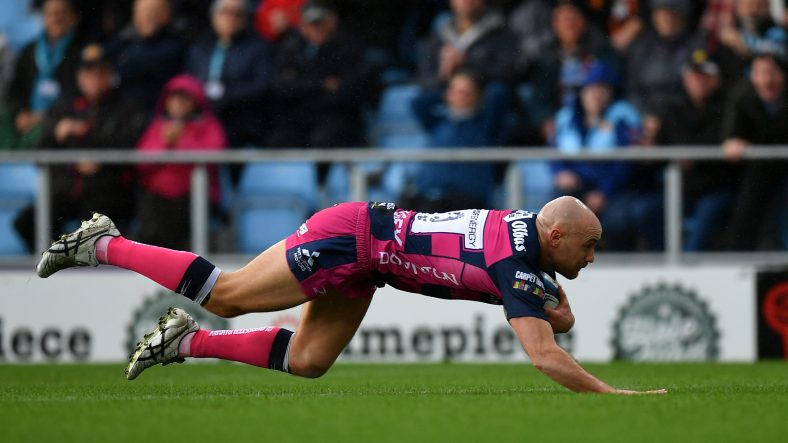 Willi Heinz diving over for a try last week

Gloucester Rugby will go top of Heineken Champions Cup Pool 2 on Friday night if they can overcome Exeter Chiefs at Kingsholm Stadium, live on BT Sport.

Exeter earn away success at Gloucester 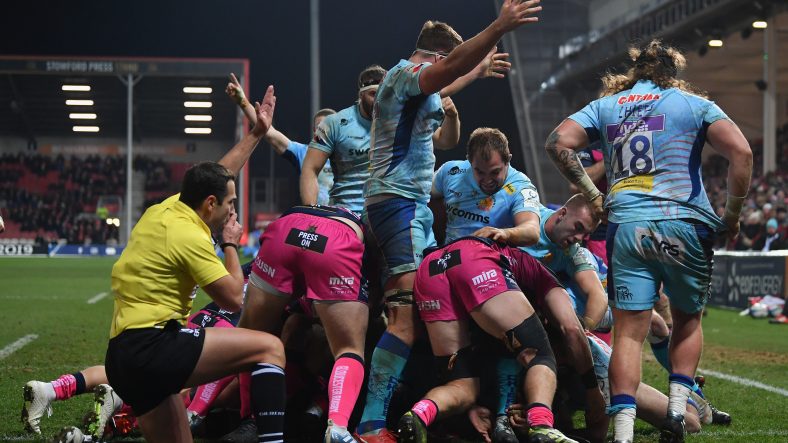 Exeter Chiefs put in their best Heineken Champions Cup display of the season as they defeated Gloucester Rugby 29-17 at Kingsholm Stadium.

The away side were winless coming into the match but started the strongest, forcing three penalties in kicking range and the third of them resulted in the first try of the evening.

A powerful driving maul presented the opportunity and it was Sam Skinner who dived over.

Gloucester finally got some attacking play going and got their opening score, with Jason Woodward the man to exploit the overlap after a pair of stunning kicks from Danny Cipriani into the corner.

Don Armand then powered over the try line as the clock turned red in what proved to be a crucial score on the stroke of half-time. For the second time, Gareth Steenson made no mistake from the kicking tee.

In the second half, Billy Twelvetrees was sent to the sin bin when Exeter were closing in on the try line, with Steenson opting for the three points instead.

Gloucester gave themselves a lifeline through Jason Woodward who grabbed a second try for the home side, but it wasn’t enough as Exeter’s Jack Yeandle and Harry Williams both dived over in between a Tom Hudson score, giving the away side a bonus point victory.

Next up, Gloucester host Munster Rugby in Round 5 while Exeter will take on Castres Olympique.