EPCR European Player of the Year

The crowning of the EPCR European Player of the Year will be one of the many landmark moments of the 2019/20 Heineken Champions Cup Final in Marseille – and you can have a say in his identity! Select your favourite from the 15 nominees and you could have a chance to win a pair of Hospitality tickets to the Heineken Champions Cup Final as well as one night of accommodation in Marseille. 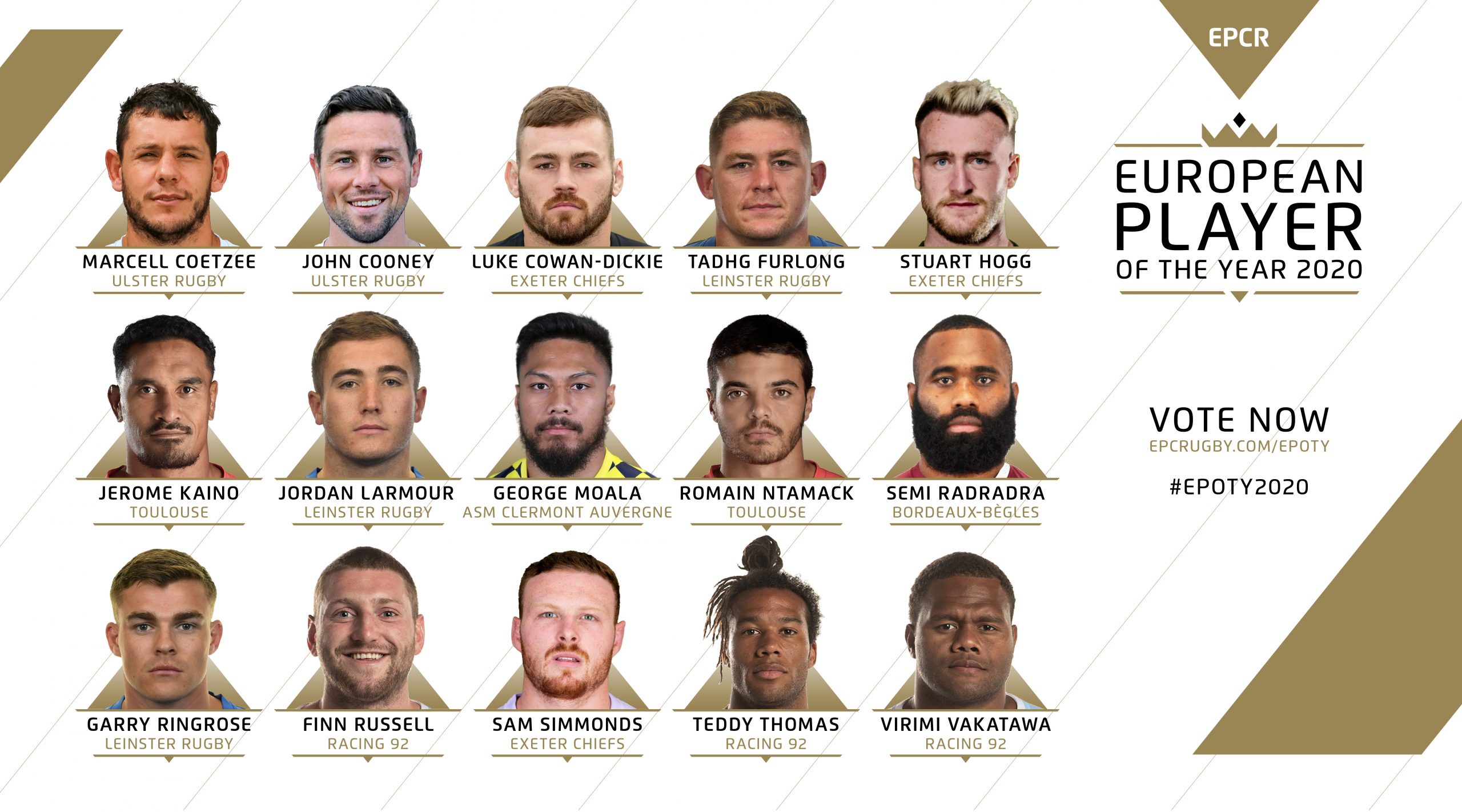 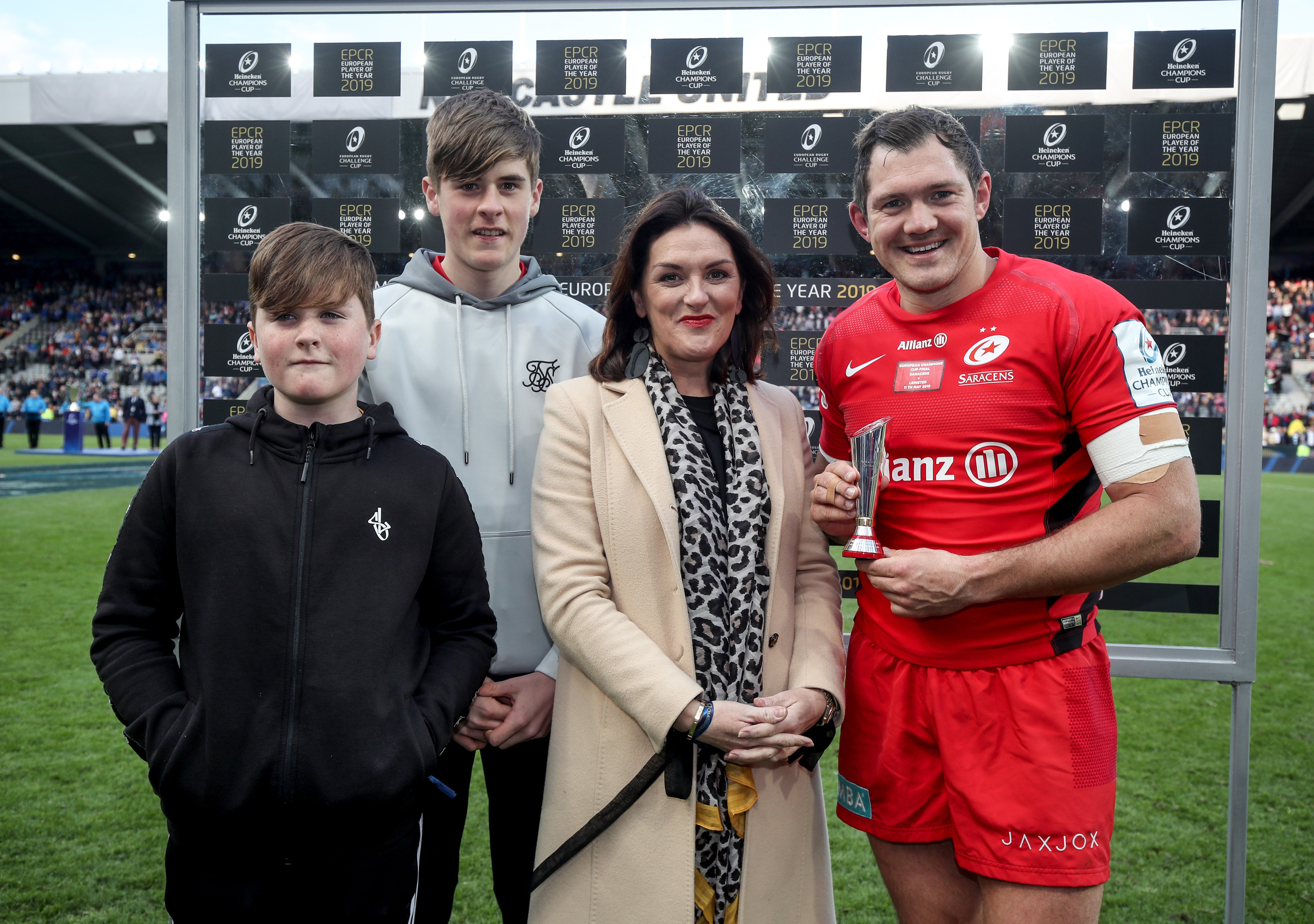 An outstanding European season for Saracens has been capped off with Alex Goode being named EPCR European Player of the Year 2019.

The full-back joined the list of three-time tournament winners as he helped his club to its third European title in four seasons with victory over Leinster Rugby in the Heineken Champions Cup final in front of a capacity crowd at Newcastle’s St James’ Park, where he was presented with the Anthony Foley Memorial Trophy. It completed a perfect campaign for the Gallagher Premiership club, who recorded a clean sweep of wins from their nine matches in the tournament.

The outcome was determined by a combination of a public vote and the verdict of a panel of distinguished rugby experts. Goode saw off opposition from club colleague Mako Vunipola and he becomes the third Saracens player to win the prestigious accolade after Maro Itoje (2016) and Owen Farrell (2017). Leinster Rugby trio Sean Cronin, Tadhg Furlong and Garry Ringrose were the other shortlisted nominees.

Panel member Dimitri Yachvili said: “Alex Goode certainly deserves the EPCR European Player of the Year. He has played every game this season with Saracens and put in a fantastic final performance. Despite the arrival of Liam Williams, he has kept his position at full-back as well as being flexible in various positions, which is testament to the quality of the player. Goode is the true X-factor at Saracens – very comfortable technically and is truly versatile, he really can make a game-changing difference.” 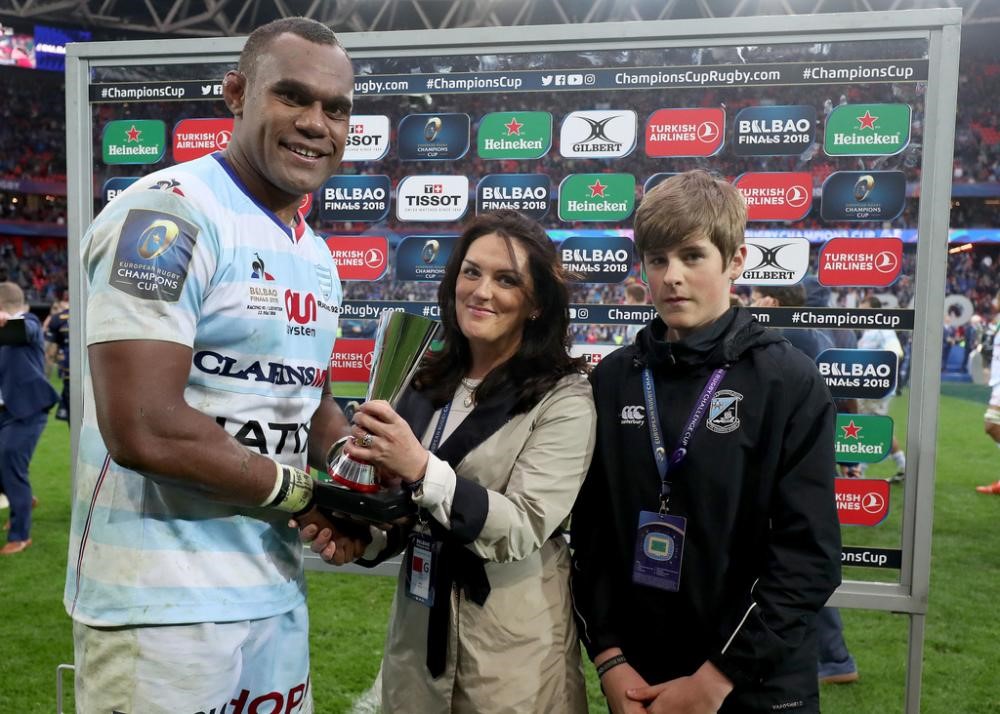 Racing 92’s Leone Nakarawa has been rewarded for an outstanding European campaign by being named EPCR European Player of the Year 2018 – presented by Turkish Airlines.

The Fijian helped Racing 92 to the Champions Cup final in which they were narrowly defeated by Leinster Rugby in front of a near-capacity crowd at Bilbao’s San Mamés Stadium.

The outcome was determined by a combination of a public vote and the verdict of a panel of renowned rugby experts. There was a new record established for fans’ engagement with over 21,000 votes registered since the initial list of nominees was named at the end of January. 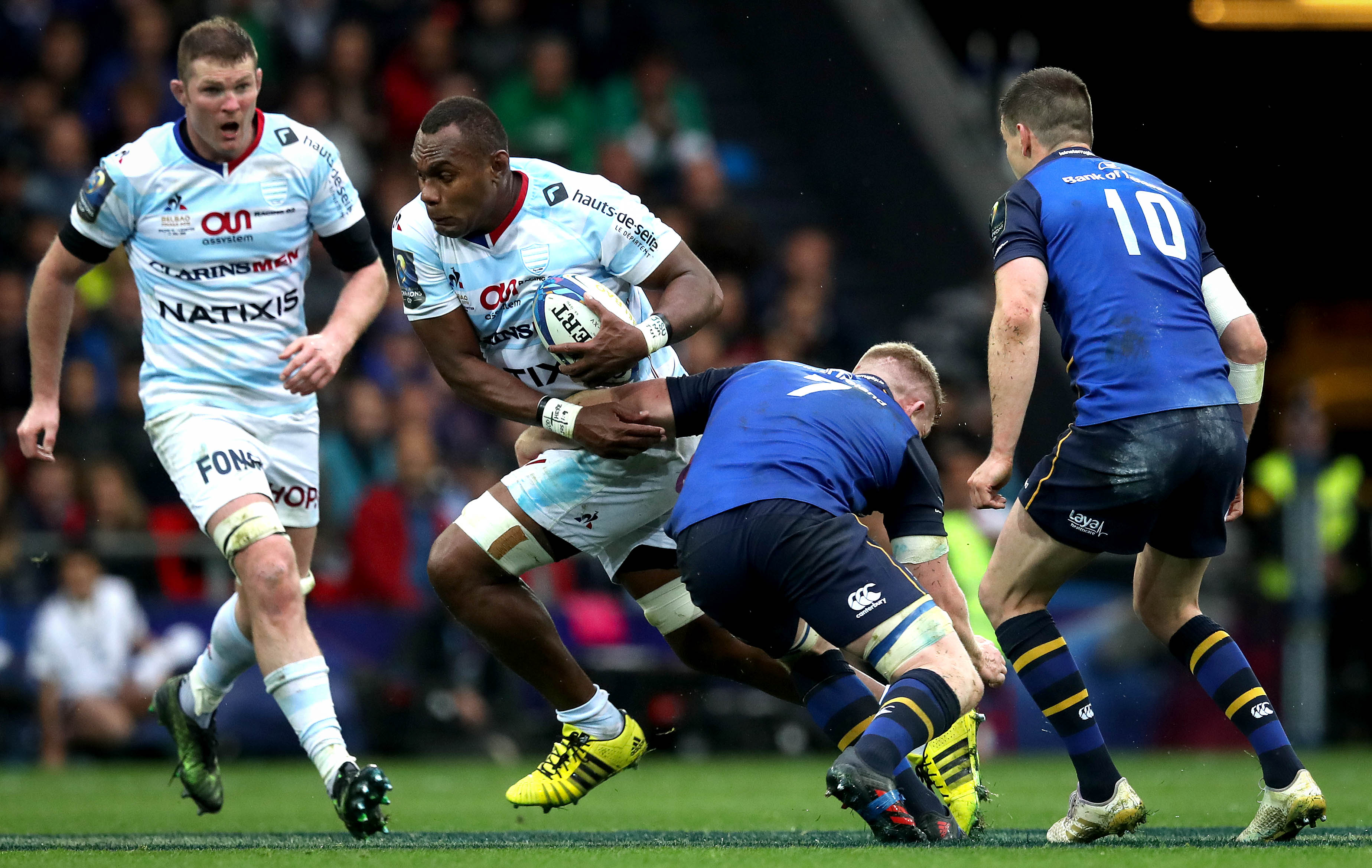 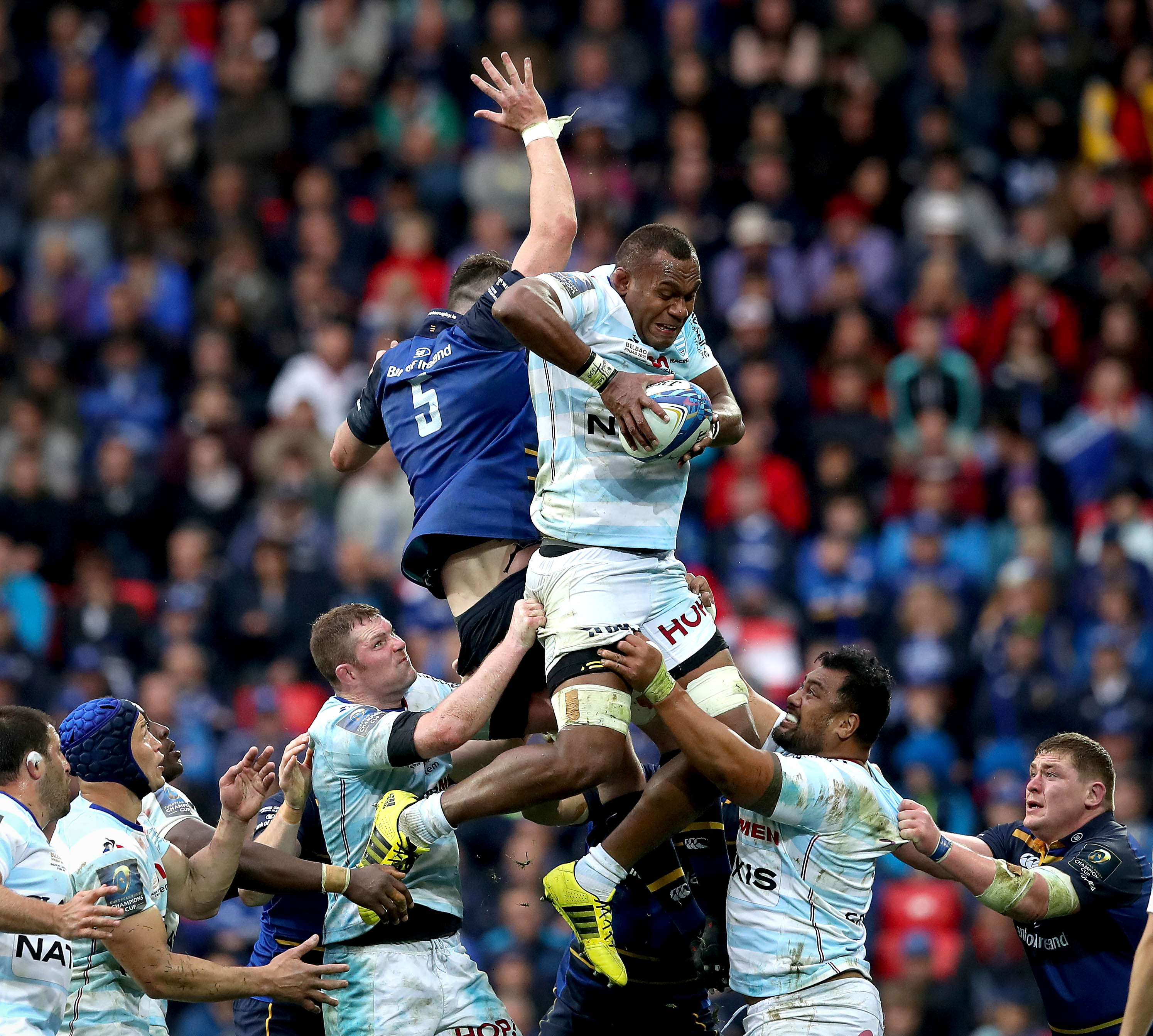 Nakarawa edged out club colleague Maxime Machenaud for one of the most prized individual accolades in the world game, while Leinster’s trio of Scott Fardy, Tadhg Furlong and Johnny Sexton also made the shortlist for the award.

His success is the first for a player representing a TOP 14 club since 2015 when Nick Abendanon of ASM Clermont Auvergne won. Nakarawa collects one million air miles courtesy of official tournament partners Turkish Airlines as well as a specially-struck commemorative medal. He also becomes the second recipient of the Anthony Foley Memorial Trophy.

His performances in the Champions Cup received widespread acclaim throughout the season with his try in Racing’s quarter-final win at Clermont voted as the best of the knockout rounds on ChampionsCupRugby.com.

Is this man your EPCR European Rugby Player of the Year – presented by @TurkishAirlines? 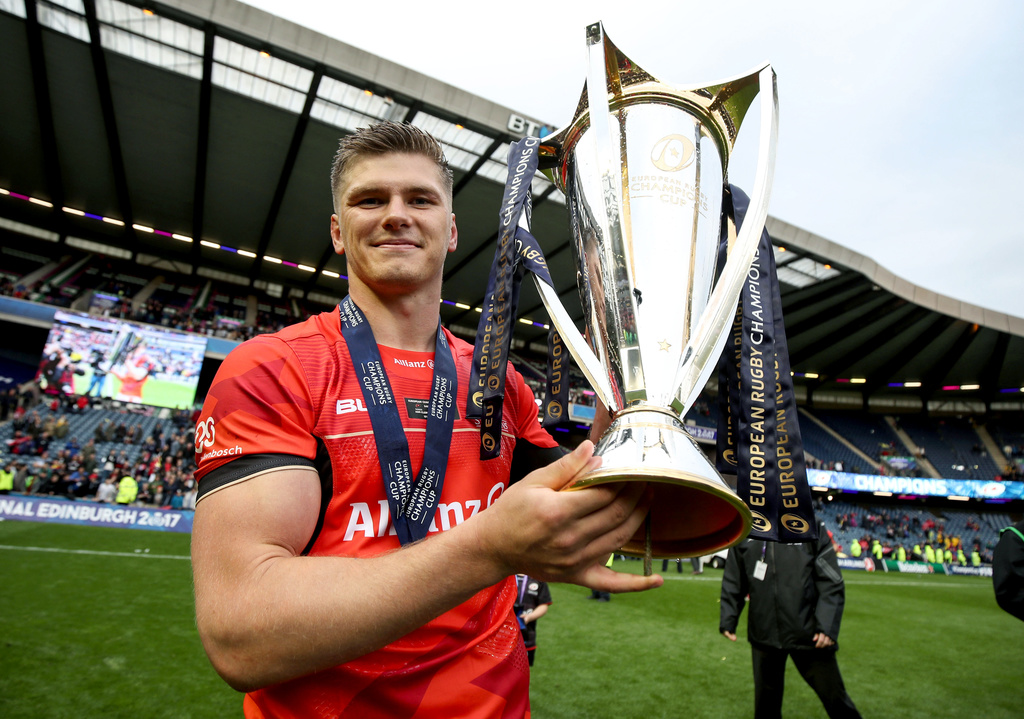 Owen Farrell capped off a memorable night at BT Murrayfield by being named EPCR European Player of the Year – presented by Turkish Airlines.

The Saracens fly-half scored 13 points as the holders of the European Rugby Champions Cup successfully defended their crown against ASM Clermont Auvergne in Edinburgh. As well as the prestigious accolade, the England international became the first recipient of the Anthony Foley Memorial Trophy and scoops one million air miles courtesy of tournament partners, Turkish Airlines.

Farrell emerged as the winner from a shortlist of five players that also included his team-mate Maro Itoje, who won the award in 2016. ASM Clermont Auvergne’s Camille Lopez, Leinster Rugby’s Garry Ringrose and Munster Rugby’s CJ Stander were also nominated. 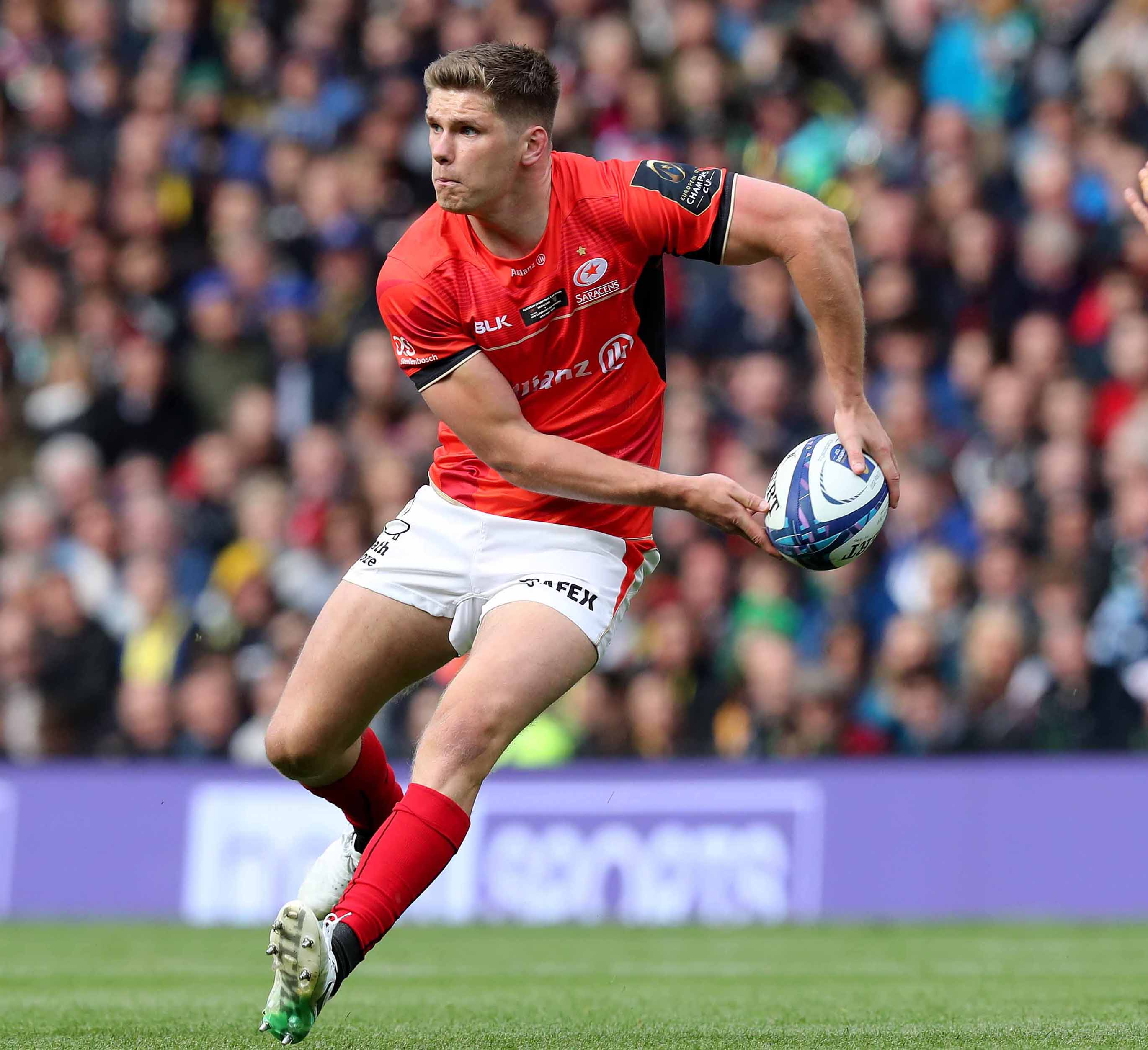 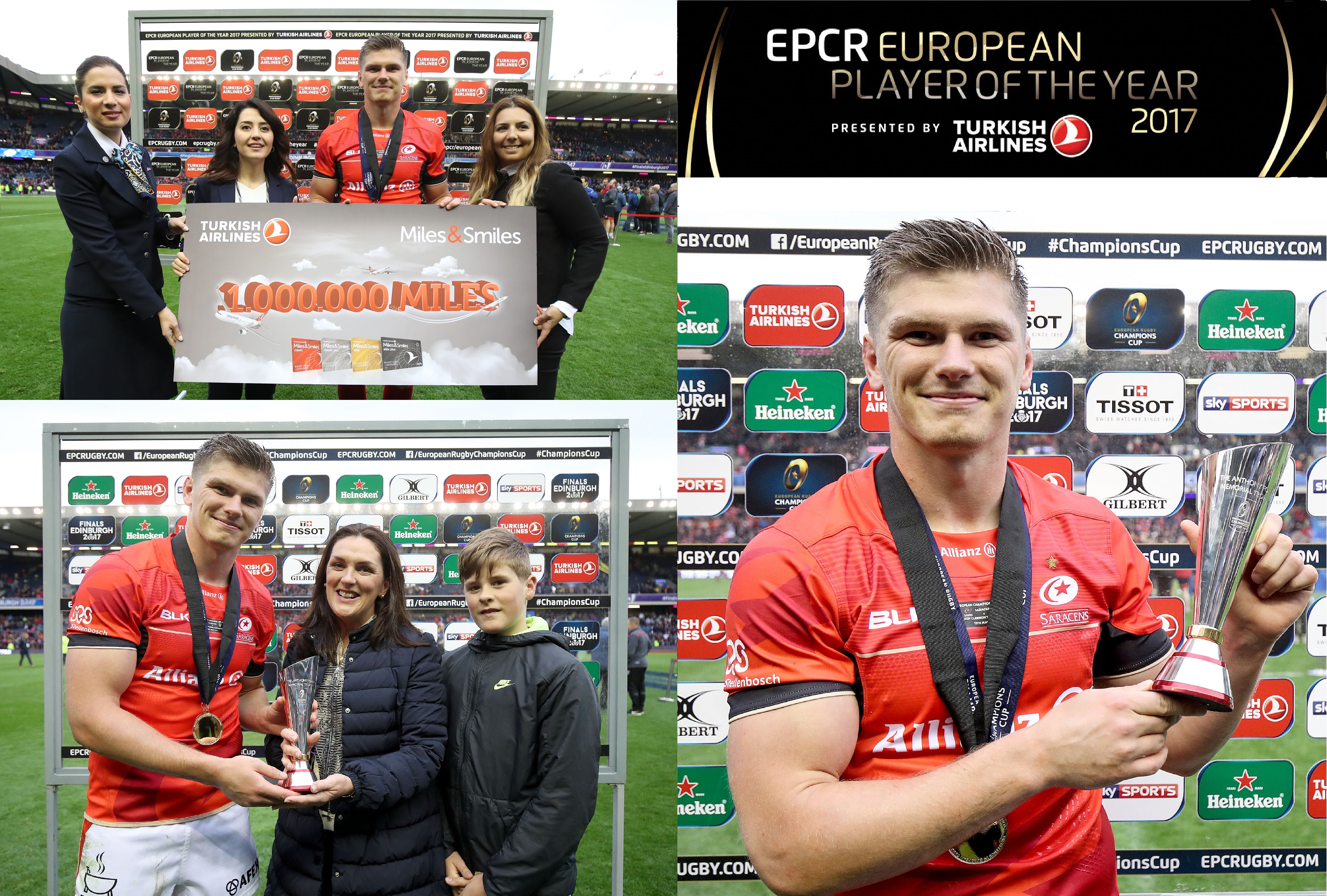 There was an unprecedented level of engagement during the public vote, which was combined with the views of a distinguished panel of rugby experts to produce the season’s winner. 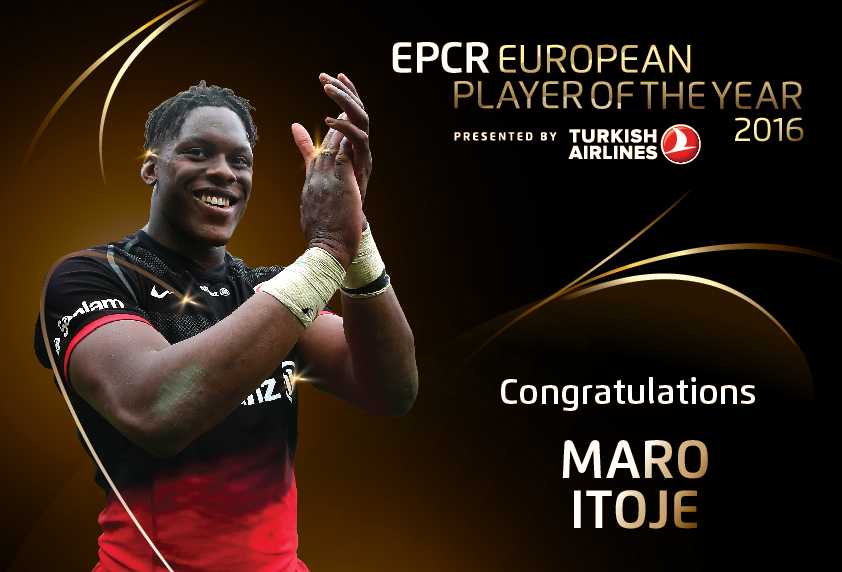 Selected by a distinguished panel of rugby experts whose votes were combined with those of fans from across Europe on Facebook, the most prized individual accolade in European club rugby went to the 21-year-old who was also chosen as the Heineken Man of the Match.

A monumental figure in Saracens’ 21-9 triumph over Racing 92, Itoje follows in the footsteps of three England internationals who have picked up the award in recent years – Jonny Wilkinson, Steffon Armitage and Nick Abendanon. 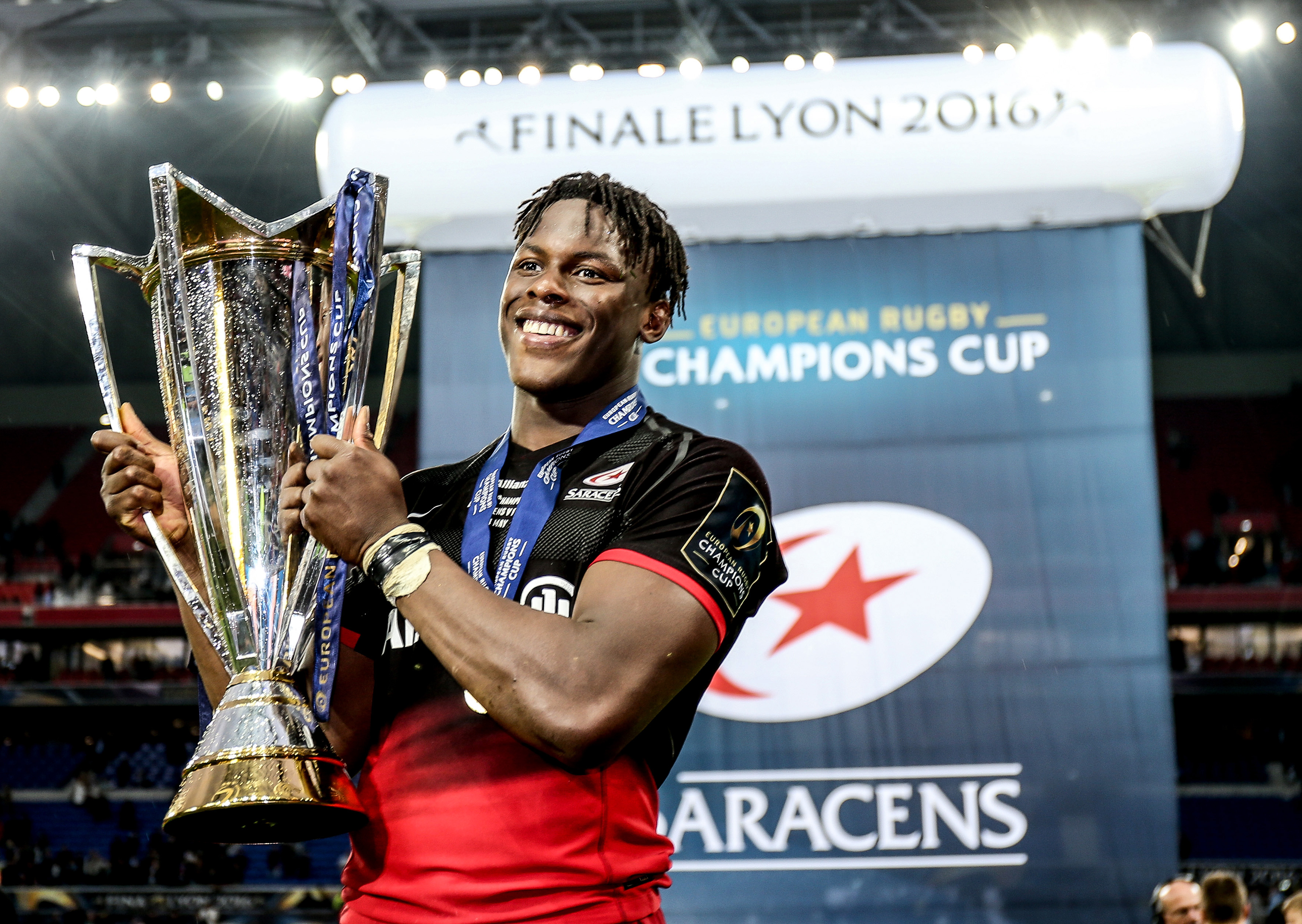 Nominees for the EPCR EUROPEAN PLAYER OF THE YEAR 2016 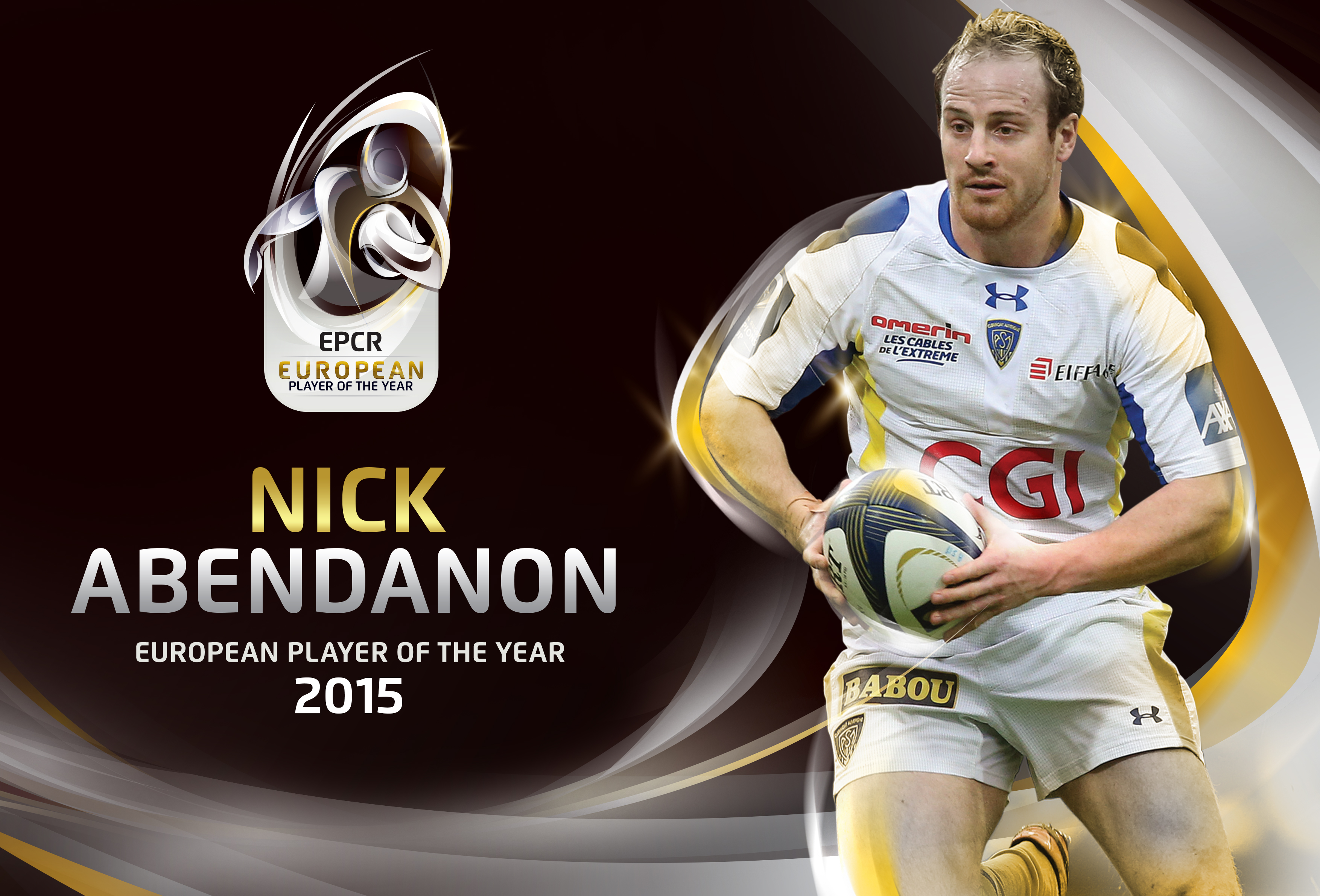 Nick Abendanon made European Rugby history in 2015, when he was the first annual winner of the Player of the Year trophy to come from the European Cup runners-up.

Until then the 2011, 2012, 2013 and 2014 winners had played for the Cup winners, but Abendanon’s outstanding performances in a losing cause for ASM Clermont Auvergne made a compelling case for him to be handed the trophy.

The former England full-back scored four tries in the tournament, including a superb effort in the final, which RC Toulon won 24-18 at Twickenham.

After collecting a loose ball, Abendanon beat the first defender, sprinted into the Toulon 22, chipped the ball over man of the match Ali Williams, ran past him, re-gathered the ball and scored behind the posts. 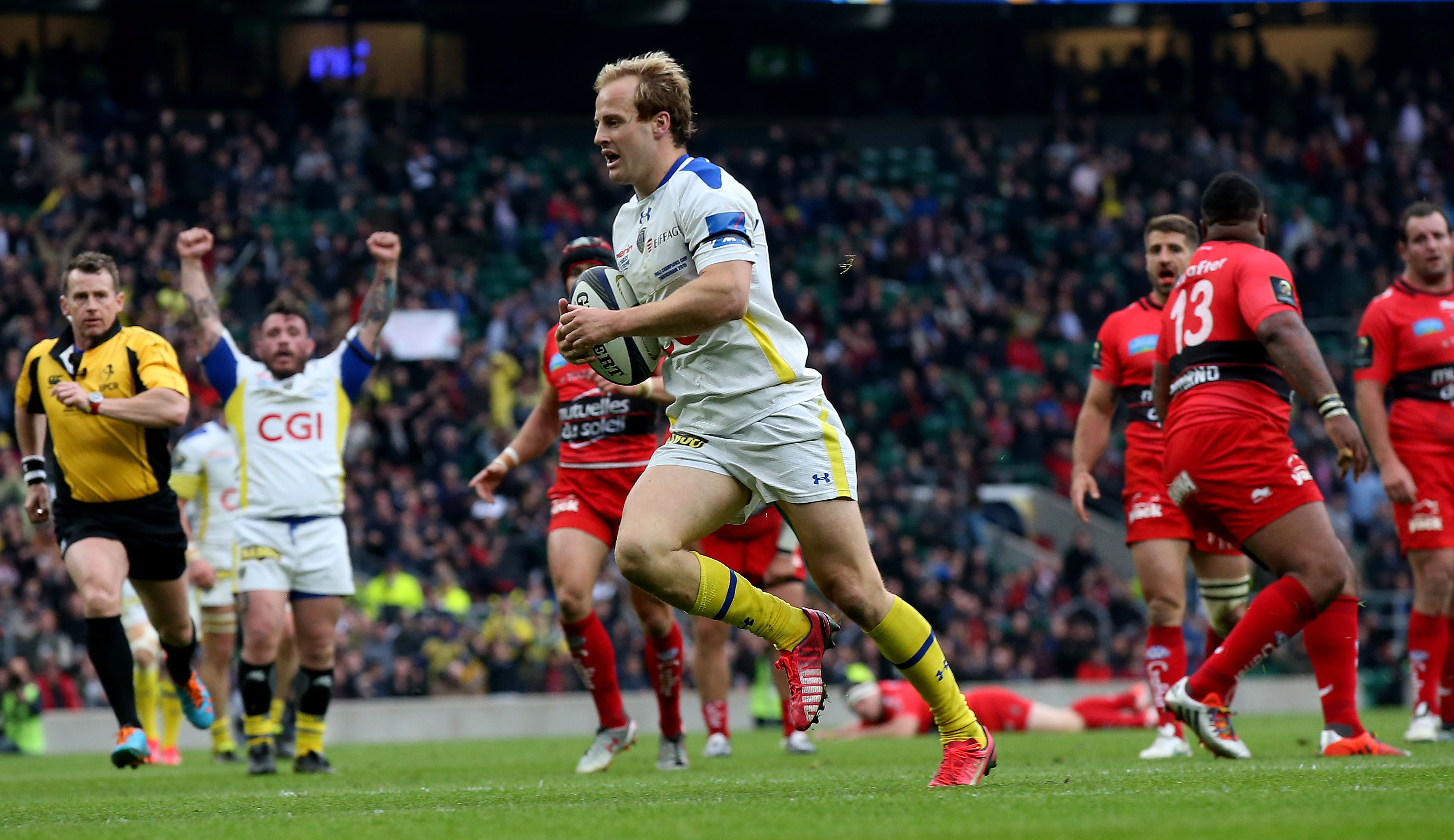 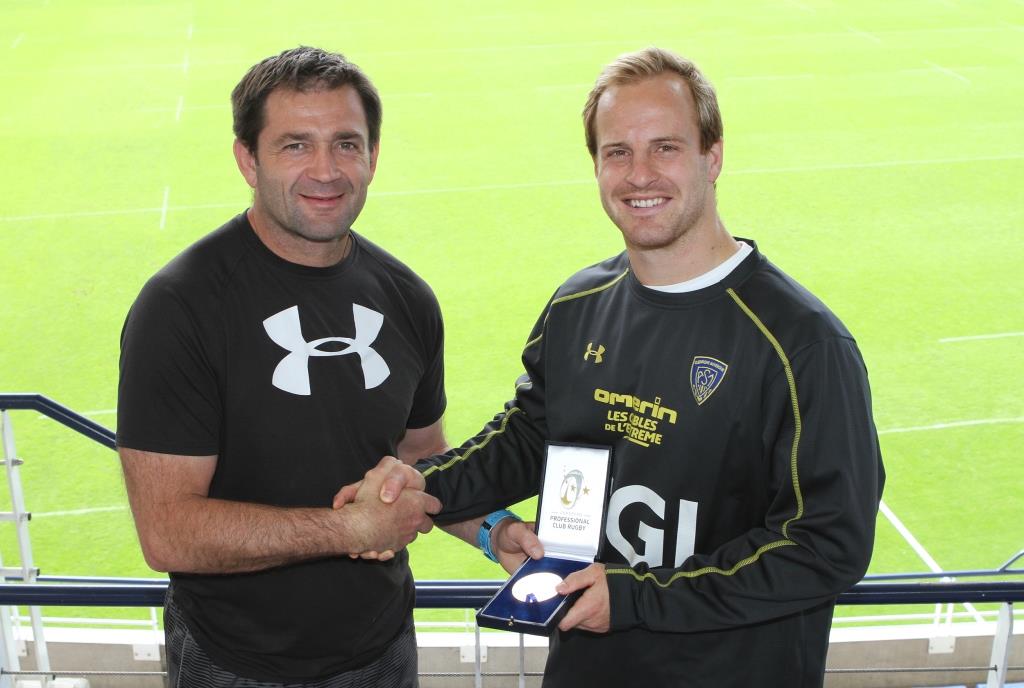 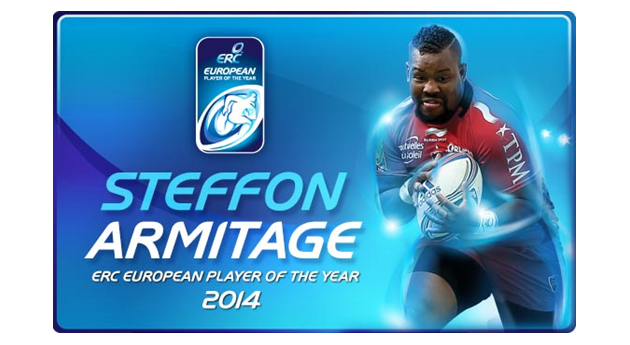 Steffon Armitage, European Player of the Year in 2014, was a key reason RC Toulon became the first club to win the European Cup three years in a row.

The 1.75m flanker’s low centre of gravity, allied to his strength and speed, made him a menace at the breakdown, where he won numerous turnovers for the TOP14 club.

But it was the 2014 trophy that the former London Irish regular won and in so doing became the second Englishman in succession to be given the accolade, as he followed in the footsteps of team-mate Jonny Wilkinson. 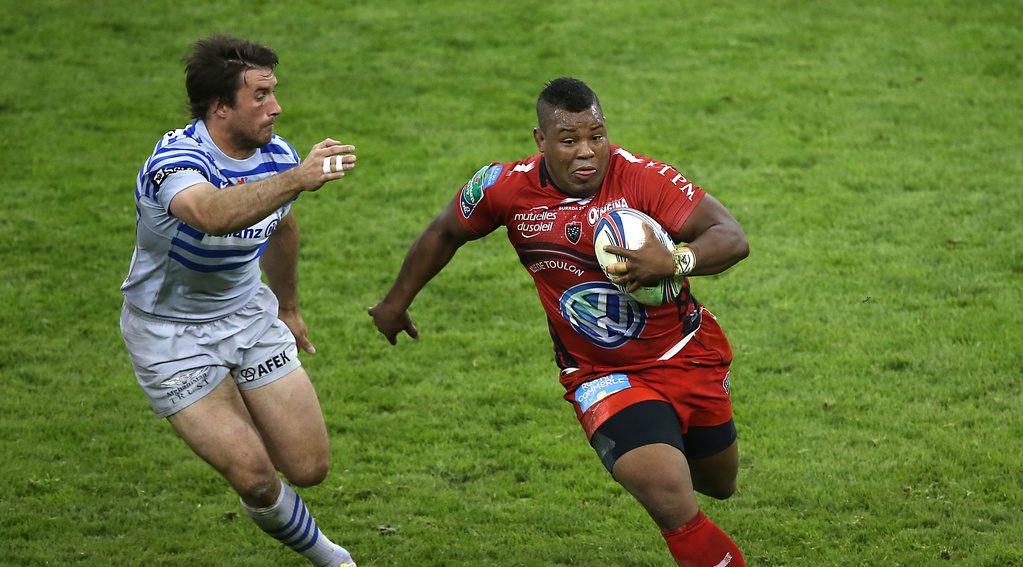 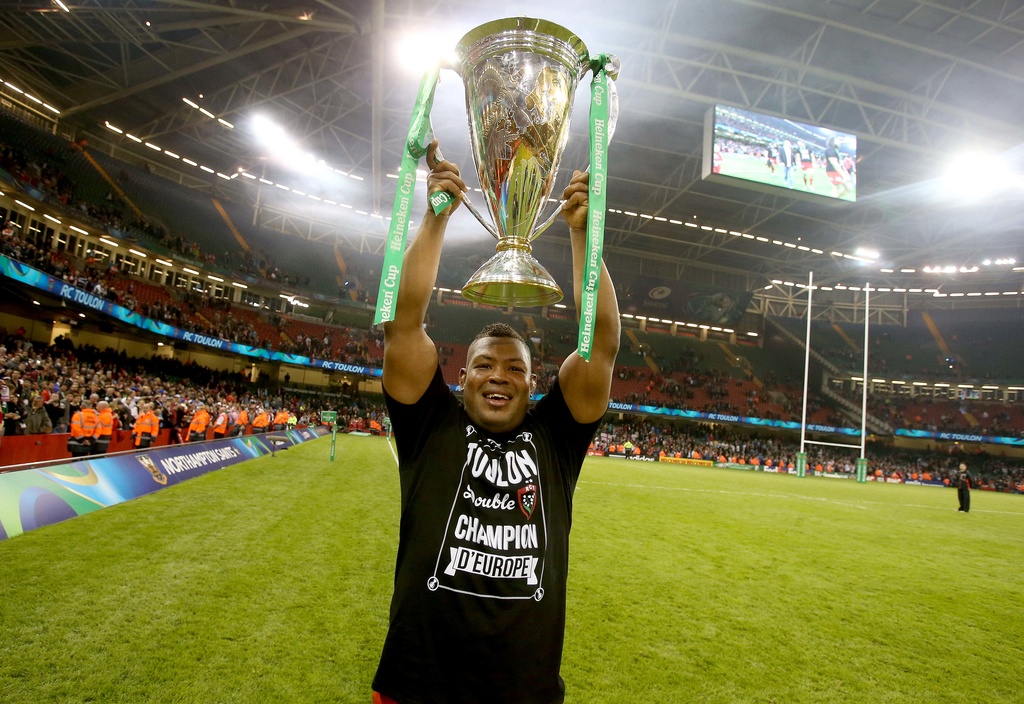 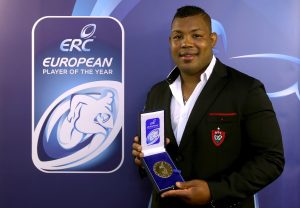 EUROPEAN PLAYER OF THE YEAR 2014 SHORTLIST

The former England fly-half almost single-handedly steered them into the final by kicking all their points in a 21-15 home win over Leicester Tigers in the quarter-finals and in their 24-12 victory over Saracens at Twickenham in the semi-finals.

The double British Lion wasn’t quite as influential in the final, but he still contributed 11 of Toulon’s points from the boot in their nail-biting 16-15 triumph over ASM Clermont Auvergne in Dublin. That gave Wilkinson 108 points from Toulon’s nine games in the 2012/13 season. 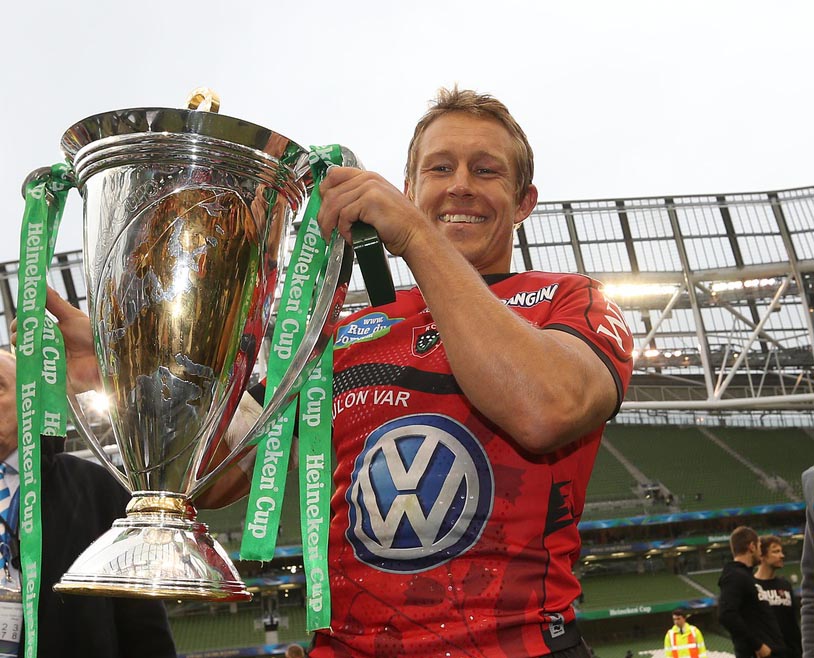 EUROPEAN PLAYER OF THE YEAR 2013 SHORTLIST

EUROPEAN PLAYER OF THE YEAR 2013 LONGLIST 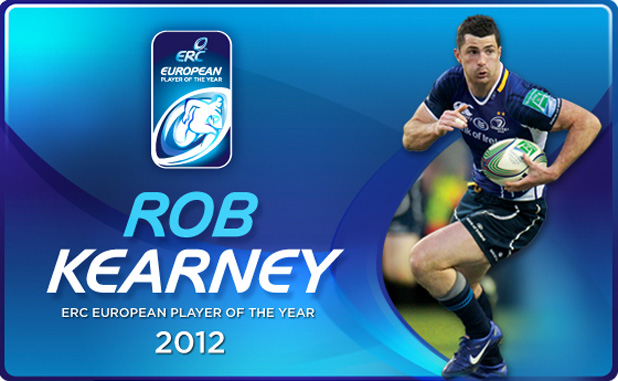 The prestigious award crowned an outstanding season for the full-back who started every one of Leinster’s nine European games as the Irish club triumphed in the Heineken Cup for an unprecedented third time in four years. Kearney succeeds teammate, Sean O’Brien, as the winner of northern hemisphere rugby’s ultimate individual accolade.

The 26-year-old scored six tries during the campaign and pushed himself into contention for the honour with a series of high-quality displays in the tournament’s pool and knockout stages.

Kearney scored two tries in the quarter-final victory over the Cardiff Blues, then followed that up by creating a try for Cian Healy and landing a superb drop goal in the thrilling semi-final success against ASM Clermont Auvergne, before playing a key role in Leinster’s record-breaking 42-14 final win over Ulster Rugby at Twickenham Stadium.

“It really is an honour to have won this award,” said Kearney when presented with his medal. “While I am delighted with the recognition, an individual player is powerless without the support of his teammates. So I owe this to the Leinster squad, to the management and to all the backroom staff at the club.” 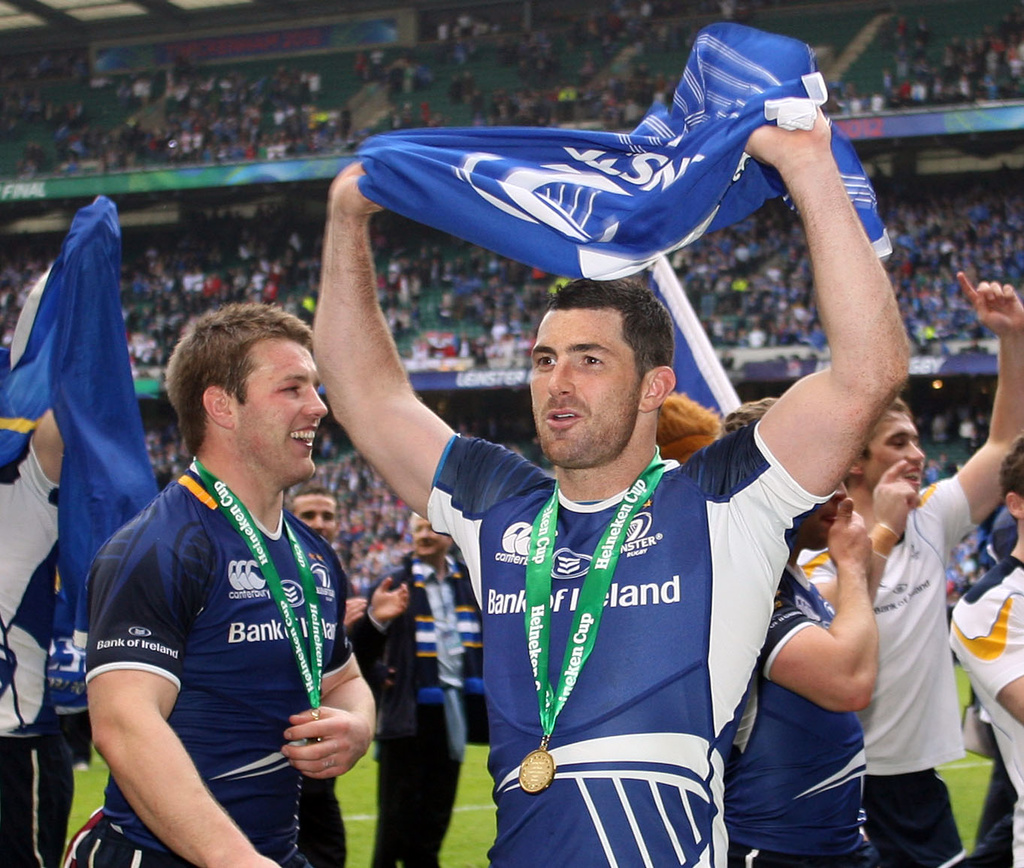 EUROPEAN PLAYER OF THE YEAR 2012 LONGLIST

Ireland and British & Irish Lions ace Sean O’Brien capped a golden year for Leinster in 2011. He won the players’ accolade after starting in every one of Leinster’s nine games as they won the European Cup. 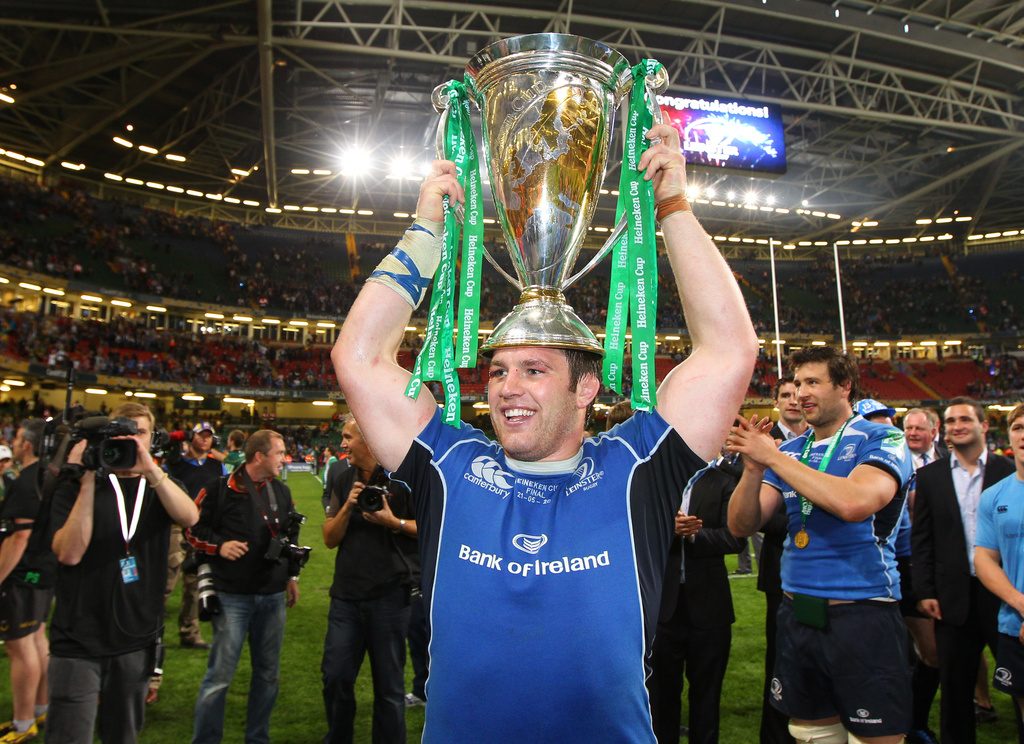 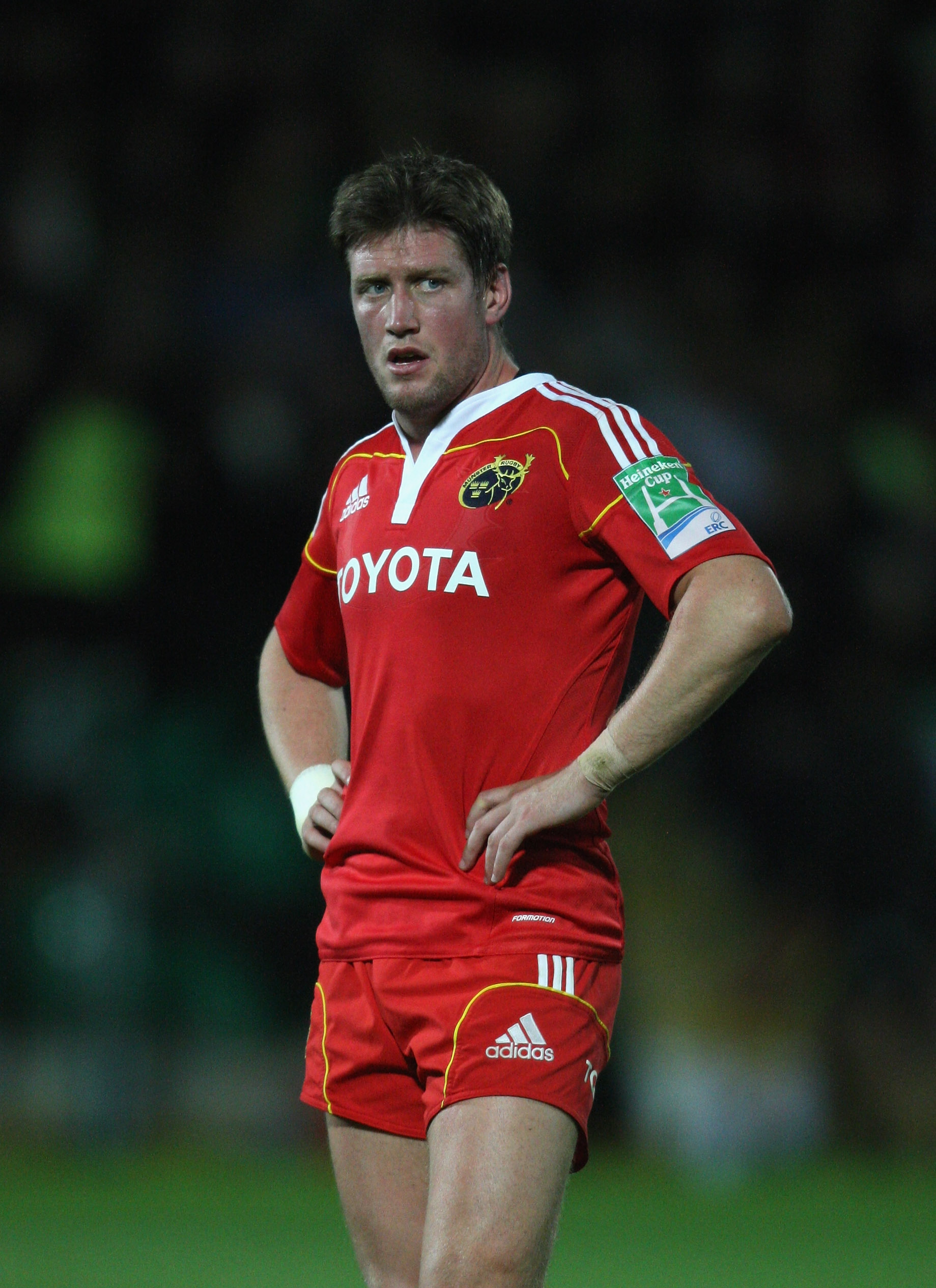 The fly-half won the European Cup twice with Munster in 2006 and 2008. He remains the all-time top points scorer in the competition with 1,365, having become the first player to top 1,000 points when he scored a last-minute conversion against Clermont on 13 December 2008. 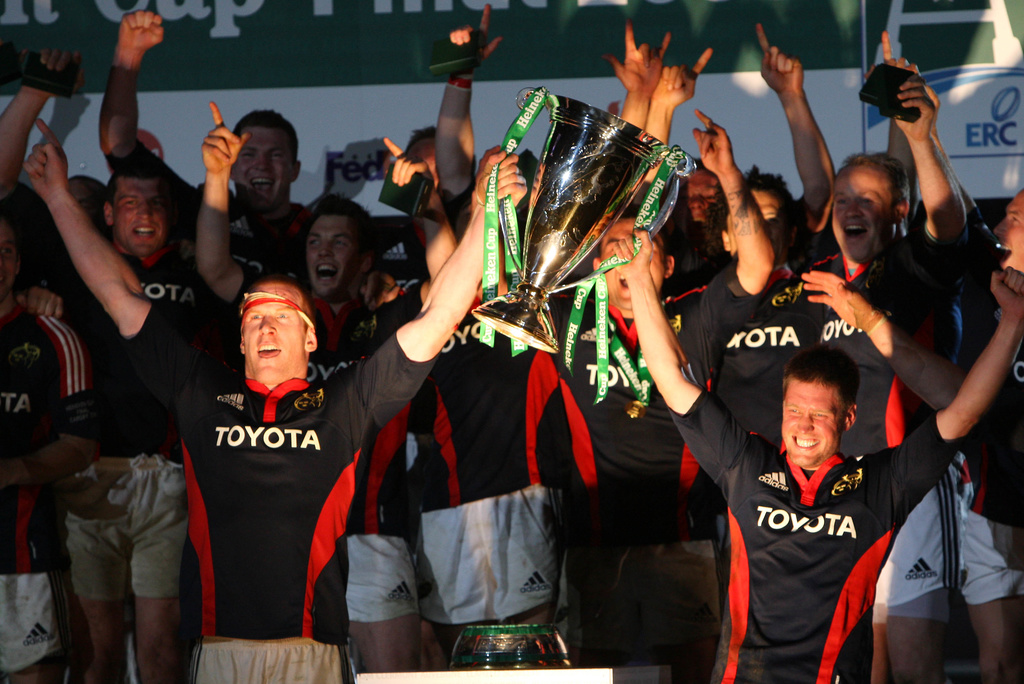