After each Heineken Champions Cup weekend, fans can vote for Champions Try of the Round among five tries shortlisted by our experts. You will enter a draw for a chance to win a top rugby prize.

Joe Marchant wins Try of the Round!

Joe Marchant has been named as the winner of the Champions Try of the Round after the Harlequins centre finished off a stunning team score in his side’s Heineken Champions Cup Round of 16 33-20 second leg win over Montpellier Hérault Rugby.

Danny Care started off the move with a stunning piece of skill on the touchline to keep the ball in play as he found teammate Marcus Smith inside the Quins 22. From there, Smith made a decisive break from deep, accelerating through the Montpellier defensive line before picking out Cadan Murley who then released Marchant, with the 25-year-old dotting down for his third Heineken Champions Cup try of the season.

Channel 4’s Jamie Heaslip commented: “From start to finish, this simply has to be one of the most spectacular tries of the season. First, Danny Care manages to keep a kick in play with an impressive piece of skill, then Marcus Smith does what Marcus Smith does with some magical footwork to create the opening. Cadan Murley continues the move and straightens things up perfectly before putting Joe Marchant away. Harlequins at their attacking best – just brilliant!” 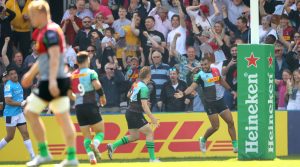 Mori wins Try of the Round!

Union Bordeaux-Bègles centre Federico Mori has been named as the winner of the Champions Try of the Round for the sensational score he finished off in his side’s Heineken Champions Cup Round of 16 first leg defeat to Stade Rochelais.

Bordeaux were ultimately beaten 31-13 at Stade Chaban-Delmas, but Mori’s superb try on 67 minutes keeps them in contention heading into Saturday’s second leg.

Yann Lesgourgues beat a defender and passed to Cameron Woki, who surged down the touchline and produced an outrageous back-handed offload to Mori, who had the pace get over the whitewash.

France Télévisions’ Cécile Grès hailed Lesgourgues’ “support and speed” to kickstart the move and the “sublime” pass by Woki to tee up Mori. 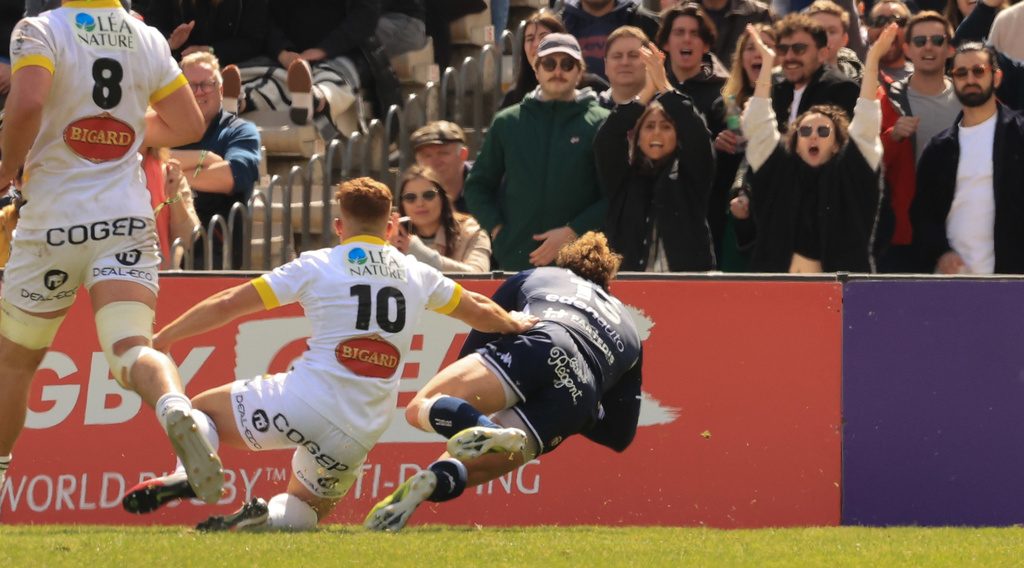 Bouthier wins Try of the Round

Montpellier Hérault Rugby full-back Anthony Bouthier has been named as the winner of the Champions Try of the Round for his superb effort in the French club’s 37-26 home win over Exeter Chiefs last weekend.

His 12th-minute score was the TOP 14 side’s first of Sunday’s game and followed a breathtaking surge from Gabriel N’Gandebe, which saw the winger break clear before teeing up Bouthier.

Alan Quinlan, of Virgin Media, described it as “a fantastic counter-attack and individual brilliance from N’Gandebe with Bouthier, who was there to finish.” 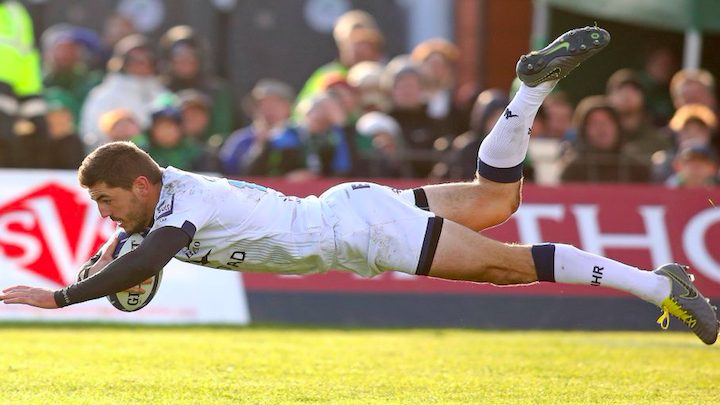 Cameron Woki wins Champions Try of the Round!

Union Bordeaux-Bègles flanker Cameron Woki has been named as the winner of the Champions Try of the Round after he finished off an outrageous team effort against Scarlets in Round 3 last weekend.
The French international dotted down at the end of a flowing move for Bordeaux’s opening score in their dominant 45-10 victory at Stade Chaban-Delmas on Sunday.

Woki’s try received 43% of votes from fans and was the first choice of judge Rodolphe Pires (beIN SPORTS). “I chose this try because it perfectly sums up the positive way Union Bordeaux-Bègles approached the match against the Scarlets”, Pires said. “The tempo of the attack was just right, the players’ movement was good and the combination of passes which eventually led to Woki touching down was superb. All in all, this was approach play and finishing at its very best”.

Nathan Doak’s score for Ulster Rugby against Northampton Saints finished second with 30% of fans’ votes and was also ranked second by Pires. 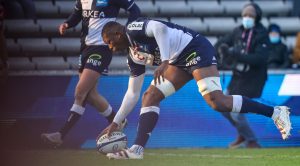 Damian Penaud wins Champions Try of the Round!

ASM Clermont Auvergne wing Damian Penaud is the winner of this season’s first Champions Try of the Round after his spectacular second score against Ulster Rugby in Round 1 of the Heineken Champions Cup last weekend.

Of Penaud’s try, the former Wales captain said: “Great break from Hanrahan to expose [the] opposition front row and beat him one on one, followed by a perfectly-timed pass to Penaud, who has the kick accuracy, speed and a world-class finish to score a superb try.”

And of Jelonch’s try, the ex-Cardiff flanker said: “Amazing power and pace from Dupont to beat his opposite man, followed by great handling and support play from Ntamack and Jelonch to score a try from 60 metres.”

Third in the voting was Racing 92 flanker Wenceslas Lauret for his first try against Northampton Saints, while Exeter Chiefs full-back Stuart Hogg was fourth for his score against Montpellier Hérault Rugby and Stade Rochelais back Eneriko Buliruarua fifth for his effort against Glasgow Warriors. 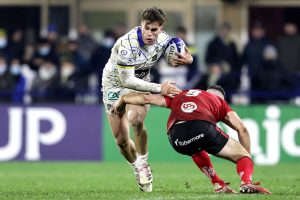