After each Heineken Champions Cup weekend, fans can vote for Try of the Round among five tries shortlisted by our experts. They will enter a draw for a chance to win a top rugby prize. Terms & Conditions

Teddy Thomas repeats Champions Try of the Round feat

For the second time this season, a spectacular Teddy Thomas try against Munster Rugby has landed the Try of the Round competition in the Heineken Champions Cup.

The France wing came out as pick of the weekend back in November when he crossed for Racing 92 in their 21-21 draw at Thomond Park and repeated the feat in Round 5 with the first of his brace in the return fixture at Paris La Défense Arena, as guest pundit Alan Quinlan (Virgin Media) praised the quality of the build-up play.

“Teddy Iribaren’s outstanding reverse pass to Thomas created a try out of nothing,” said double Heineken Champions Cup winner Quinlan, whose assessment combined with the public vote to determine the final outcome.

Second-place was shared between Gloucester Rugby’s teenage sensation Louis Rees-Zammit for his effort against Montpellier and La Rochelle’s Tevita Railevu, who crossed in the home win for the TOP 14 club against Sale Sharks.

The public vote also showered praise on Tommy Seymour, with 44% of fans selecting his try against Exeter Chiefs – a fixture in which he won the Try of the Round competition two seasons ago. George Moala (ASM Clermont Auvergne) was also nominated.

The final competition of the Pool Stage will pit the best five scores of Round 6 together on Monday, 20 January. 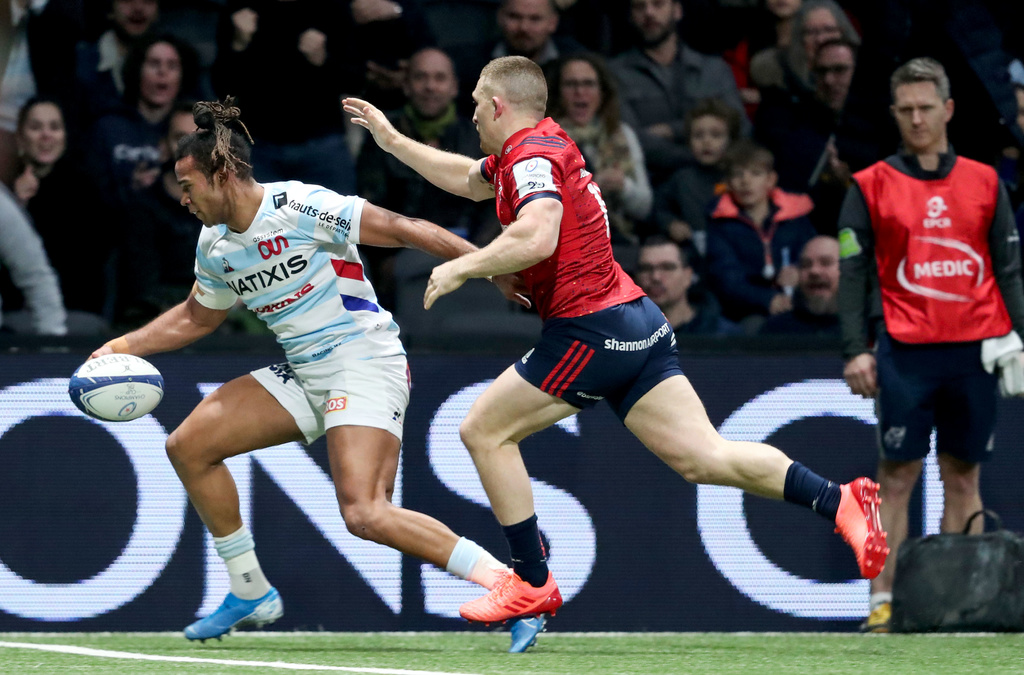 Gloucester Rugby’s Lewis Ludlow has won the final Champions Try of the Round accolade for 2019 after his spectacular score against Connacht Rugby was deemed the best by a combination of the public vote and the verdict of former Challenge Cup winner and France international, Dimitri Yachvili.

Now the lead analyst for France Télévisions, Yachvili selected Ludlow’s magnificent effort at The Sportsground as the pick of the Heineken Champions Cup, Round 4 action, with the in-form John Cooney’s first try for Ulster Rugby against Harlequins in second place.

“Christmas came early for Gloucester with this try,” said Yachvili. “There’s some excellent build-up play with an impressive offload by Ford-Robinson, and then an even better offload by Rees-Zammit which keeps the movement alive, before the supporting Ludlow dives over.”

Apart from Ludlow and Cooney, other nominations for the competition in Round 4 included George Moala’s first try in ASM Clermont Auvergne’s convincing win over Bath Rugby, Romain Ntamack for Toulouse against Montpellier, as well as Robin Copeland’s match-winning score for Connacht. 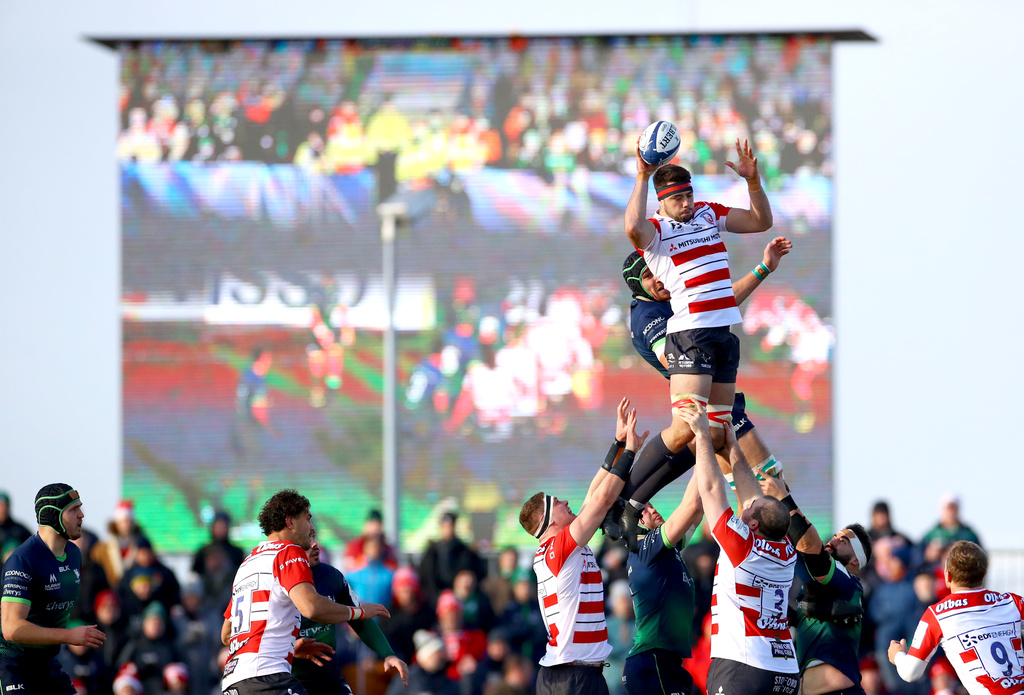 James Lowe edges high-quality Champions Try of the Round competition

Leinster Rugby’s James Lowe has come out on top to win the accolade of best try from Round 3 of the Heineken Champions Cup.

Sensational scores from Ulster Rugby’s Sean Reidy and Kyle Steyn of the Glasgow Warriors were popular among the public vote, however, Channel 4 analyst, and three-time tournament winner, Jamie Heaslip, swung the decision the way of Lowe who finished off a sweeping Leinster move during their Pool 1 win over Northampton Saints at Franklin’s Gardens.

“Jordan Larmour shows the sort of speed that kills and it’s great work by Lowe to stay on his wing and force the Northampton wing to stay out with him,” said Heaslip. “It’s great reaction and vision by multiple players to turn defence inside their 22 when on the back foot into a try.”

Tries from Ahsee Tuala (Northampton Saints) and Alexandre Lapandry (ASM Clermont Auvergne) were also nominated following a thrilling start to the back-to-back fixtures in Round 3. 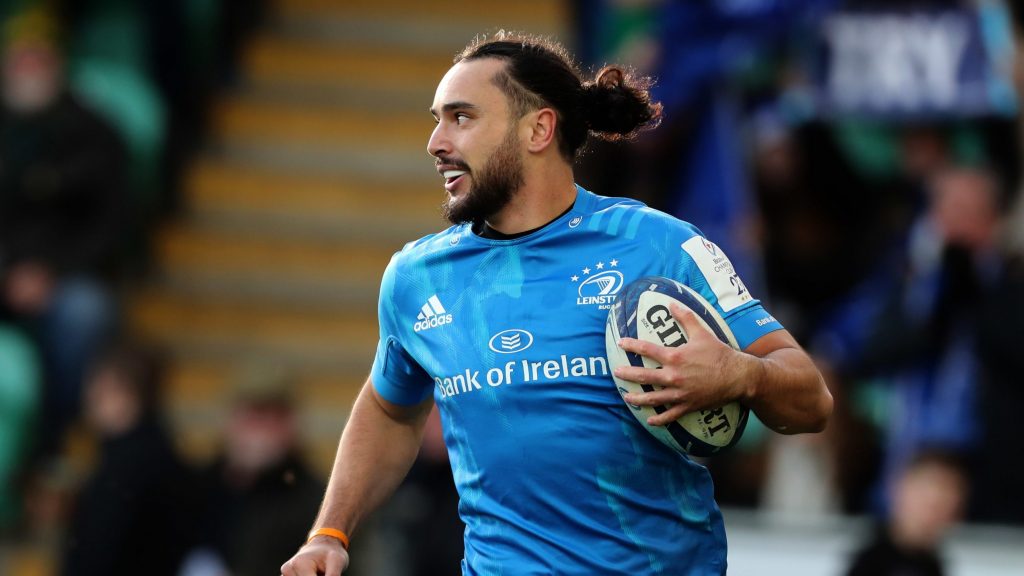 Teddy Thomas lands second Champions Try of the Round award

Teddy Thomas’ superb score during Racing 92’s thrilling 21-21 draw away to Munster Rugby has earned the second Try of the Round award in this season’s Heineken Champions Cup.

Both Thomas’ first-half effort and teammate Finn Russell’s try for the TOP 14 club at Thomond Park featured in the Round 2 shortlist which also included scores by Ulster Rugby’s John Cooney and Caolin Blade of Connacht Rugby, as well as Rotimi Segun’s second-half finish for Saracens.

In the end, the Thomas try was selected as the winner by beIN SPORTS’ lead rugby commentator, Rodolphe Pires. “I chose Teddy Thomas’ try because apart from the individual class involved in the finish, you also had a very good blindside option and a perfect pass by the Racing scrum half, Teddy Iribaren, which really created the opportunity,” said Pires.

The winning try from each round of matches in European club rugby’s blue-riband tournament is determined by the combination of a public vote and the choice of a rugby expert.

Harlequins scoop first Champions Try of the Round award

James Lang’s spectacular finish for Harlequins against ASM Clermont Auvergne has scooped the first Try of the Round award in this season’s Heineken Champions Cup.

The Gallagher Premiership side lost out 53-21 in a free-scoring repeat of last season’s Challenge Cup semi-final at Stade Marcel-Michelin, but the build-up to the second-half score involving some stunning footwork by Gabriel Ibitoye, and then Lang’s eventual dive over the line won the fans’ vote as well as the verdict of former European Cup and Challenge Cup winner, Lawrence Dallaglio.

“It was an incredible break by Ibitoye, in fact, it was so good he ended up beating some Clermont defenders twice,” said Dallaglio, who gave Lang his No 1 after watching last weekend’s matches in his role as an analyst with EPCR’s UK and Ireland broadcast rights holders, BT Sport.

Ibitoye’s individual brilliance and Lang’s try were enough to stave off competition from Clermont’s Peceli Yato in the same Pool 3 match, and from Leinster Rugby’s Johnny Sexton, who made the shortlist after dotting down for the four-time winners in their Pool 1 win over Benetton Rugby. Tom O’Flaherty of the Exeter Chiefs and La Rochelle’s Geoffrey Doumayrou were also in the running for the season’s first award. 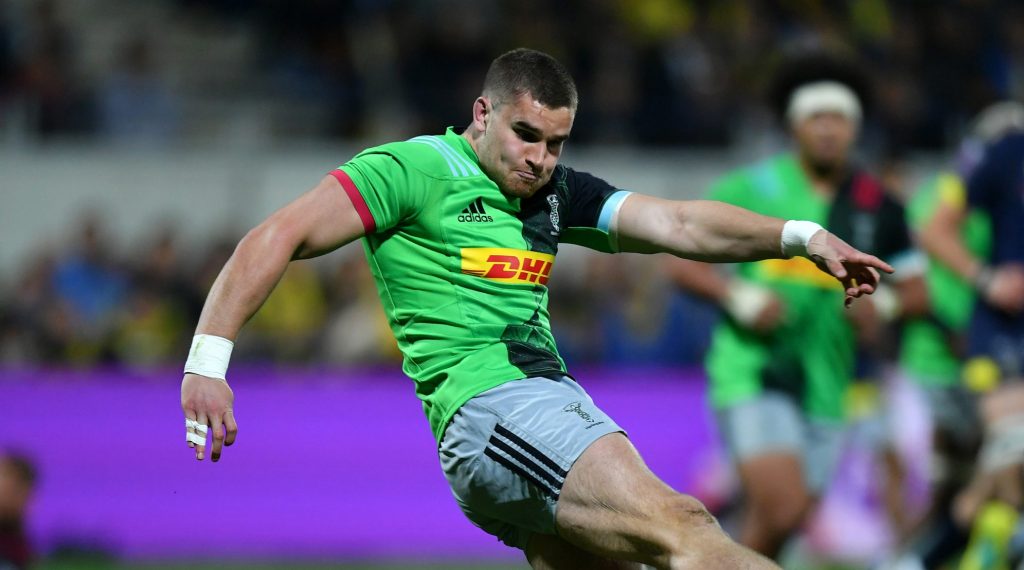