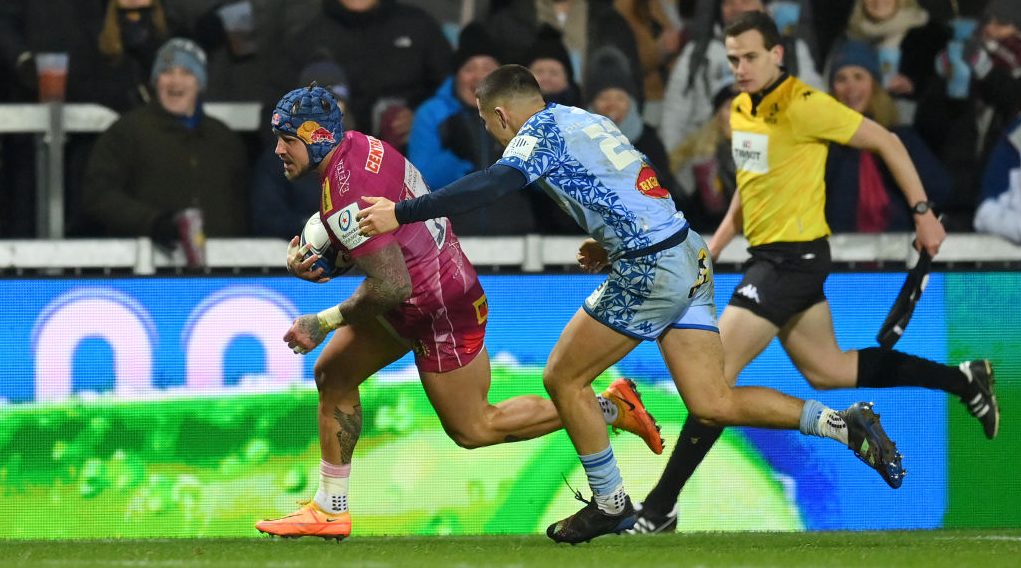 Exeter Chiefs wing Jack Nowell powers past Theo Chabouni, of Castres Olympique, to score a try in the Round 4 Heineken Champions Cup Pool A clash at Sandy Park last weekend

Exeter Chiefs forwards coach Rob Hunter emphasised the importance of a home draw in the Heineken Champions Cup, after the Gallagher Premiership club clinched a tie at Sandy Park in the Round of 16.

The 2020 winners climbed into second place in Pool A thanks to a 40-3 home drubbing of Castres Olympique in their final pool game and now host Montpellier Hérault Rugby in the first of the knockout stages.

“It is really important to get that home draw,” Hunter said. “History would say that being at home in this competition is an important thing. From here on in, you have just got to win the next game.

“We are passionate about Europe – it is such an amazing competition. We love Europe and we want to stay in it for as long as we can.”

Despite the eventual margin of victory at Sandy Park last Saturday, Hunter pointed out the victory wasn’t “straightforward”.

“It was a very erratic first half from both sides, but I am very pleased with the way we stuck at it, shook ourselves off and finished with a flourish,” he said.