Masuku ‘put in the hours’ to nail decisive kick 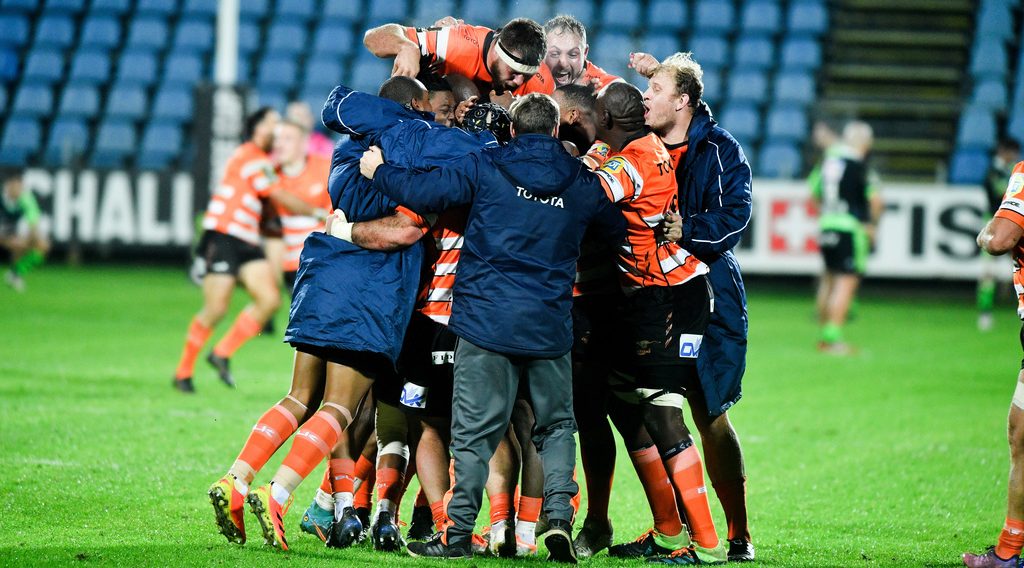 Toyota Cheetahs celebrate their dramatic win over Pau in Round 4

The fly-half nervelessly struck his third three-pointer of Sunday’s Round 4 contest to snatch a 9-6 victory at the death and send his team into the knockout stage.

Fourie, whose side will visit EPCR heavyweights RC Toulon in the Round of 16, hailed Masuku’s effort in testing conditions and revealed that the 26-year-old had been honing his skills in the days prior to the clash in Parma.

“I was kicking the balls back from behind the posts, so I know he was kicking during the week,” he told OFM Sport.

Siya Masuku 𝙉𝘼𝙄𝙇𝙎 the kick! 🎯@CheetahsRugby are through to the Round of 16 and look what it means ❤️ #ChallengeCupRugby pic.twitter.com/xP84bf96R6

“The one thing that I was thankful of was that the penalty was on the right-hand side of the pitch.

“It was quite a long-distance kick, and it was a bit dewy, so the ball was a bit wet and heavier than normal. But that was a sweet strike.

“That’s why you practice and put in the hours when the other guys are sitting next to the field or are back on the bus, and you continue to kick at goal. That’s the reward you get as a kicker.

“I thanked him for that kick – he made a few mistakes with the penalties that he didn’t kick out, but I have forgiven him for that.” 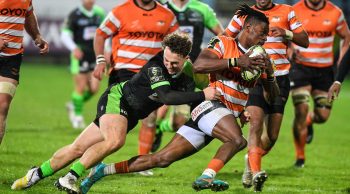