The return of EPCR’s tournaments will see history made when an all-women’s team of match officials takes charge of the EPCR Challenge Cup, Round 3 fixture between the Scarlets, who lead the way in Pool B with maximum points, and the Toyota Cheetahs.

Scotland’s Hollie Davidson will referee the match at Parc y Scarlets on Friday, 13 January live on S4C and SuperSport with Sara Cox (England) and Clara Munarini (Italy) as assistant referees, and with Claire Hodnett (England) and Helen O’Reilly (Ireland) as TMO and Citing Commissioner respectively.

Davidson will also be in the middle when RC Toulon and Zebre Parma meet at Stade Félix Mayol in Round 4 following today’s announcement of the referees for Rounds 3 and 4 of the Heineken Champions Cup and EPCR Challenge Cup appointed by a committee chaired by EPCR’s Head of Match Officials, Tony Spreadbury.

The Heineken Champions Cup, Round 3 clash at Loftus Versfeld on Saturday, 14 January between the Vodacom Bulls and Pool A joint leaders, Exeter Chiefs, live on SuperSport and BT Sport, will be refereed by Mathieu Raynal of France, while on the same day, Leinster Rugby, who like Exeter have a maximum 10 points, will have France’s Pierre Brousset in charge when they face Gloucester Rugby at Kingsholm live and free-to-air on ITV with additional coverage by BT Sport and SuperSport.

Also in Pool A, Italy’s Andrea Piardi has been appointed for unbeaten Saracens’ fixture against Lyon at the StoneX Stadium, and the contest between the Cell C Sharks, who have nine points from their two games, and Union Bordeaux-Bègles at Hollywoodbets Kings Park will see Luke Pearce of England on the whistle.

In Pool B, the contest between holders and front-runners, Stade Rochelais, and Ulster Rugby at Stade Marcel Deflandre on Saturday, 14 January will be refereed by Georgia’s Nika Amashukeli, while Mike Adamson of Scotland will be in the middle for the meeting of Stade Toulousain, who like Stade Rochelais have nine points from their two matches, and Sale Sharks at the AJ Bell Stadium.

Leicester Tigers, the only other unbeaten club in Pool B, will have Ireland’s Frank Murphy as referee when they take on ASM Clermont Auvergne at Stade Marcel-Michelin on Friday, 13 January.

In addition to the Scarlets v Toyota Cheetahs EPCR Challenge Cup fixture on Friday, 13 January, the meeting of Section Paloise and Dragons RFC in Pool B at Stade du Hameau on the same evening will be refereed by Eoghan Cross of Ireland. 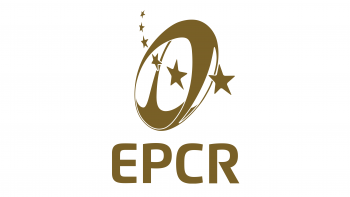