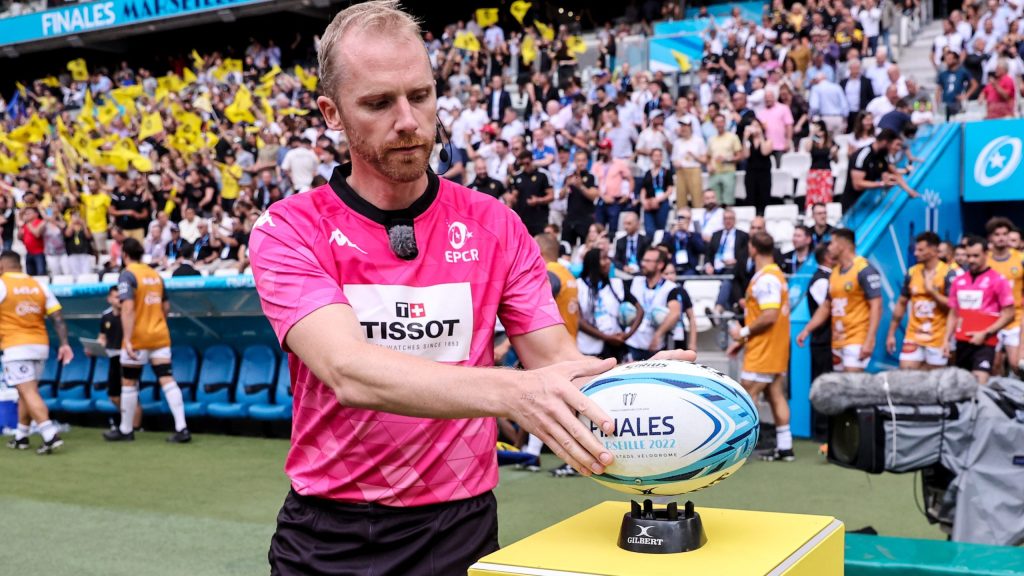 The English pair of Wayne Barnes and Matthew Carley, as well France’s Tual Trainini, will be on the whistle when the leading South African clubs make their historic entrance into the 2022/23 Heineken Champions Cup next month following the announcement of the referees for Rounds 1 and 2 of EPCR’s tournaments appointed by a committee chaired by EPCR’s Head of Match Officials, Tony Spreadbury.

Barnes will be in charge of the Pool B clash at Stade Marcel-Michelin between ASM Clermont Auvergne and the DHL Stormers on Saturday, 10 December, live on BT Sport in the UK and Ireland, on SuperSport in South Africa and on FloRugby in the USA, while earlier in the day with similar TV coverage, Trainini will be in the middle for the meeting in Pool A of the Cell C Sharks and Harlequins at Hollywoodbets Kings Park in Durban.

Also on Saturday, 10 December, Carley will referee the Pool A head-to-head between the Vodacom Bulls and last season’s EPCR Challenge Cup winners, Lyon, at Loftus Versfeld in Pretoria.

On the same day, Ireland’s Andrew Brace has been appointed for the confrontation in Pool B between holders, Stade Rochelais, and Northampton Saints at Stade Marcel Deflandre, and what promises to be another massively competitive Pool A contest between Racing 92 and last season’s finalists, Leinster Rugby, at Stade Océane in Le Havre will be refereed by Luke Pearce of England.

Pearce’s compatriot, Christophe Ridley, will be in the middle when Munster Rugby and five-time tournament winners, Stade Toulousain, renew their rivalry at Thomond Park on Sunday, 11 December in a Pool B match which will go out live and free-to-air in Ireland on RTE, as well as on BT Sport and SuperSport.

Also on Sunday, 11 December, there will be additional free-to-air coverage on ITV in the UK and Ireland of the Pool A meeting of Saracens and Edinburgh Rugby at the StoneX Stadium which will see Georgia’s Nika Amashukeli on the whistle.

Ludovic Cayre of France will be making his Heineken Champions Cup debut as a referee when he takes charge of the Pool B clash of the Ospreys and Leicester Tigers at the Swansea.com Stadium live and free-to-air on S4C in Wales, as will his fellow countryman, Luc Ramos, following his appointment for the Round 2 fixture between Leinster Rugby and Gloucester Rugby in Pool A at the RDS Arena on Friday, 16 December.

This groundbreaking Heineken Champions Cup campaign kicks off on Friday, 9 December with a Pool B contest at the Gtech Community Stadium between London Irish, making a return to EPCR’s top flight for the first time since 2012, and Montpellier Hérault Rugby, which will be refereed by Italy’s Andrea Piardi.

The EPCR Challenge Cup also gets under way on Friday, 9 December when Stade Francais Paris and Benetton Rugby meet in Round 1 with Ireland’s Eoghan Cross in the middle, and another Irish official, Chris Busby, has been appointed for USAP v Bristol Bears at Stade Aimé Giral on the same evening.

The Emirates Lions v Dragons RFC and Section Paloise v Toyota Cheetahs fixtures in Pool B on Saturday, 10 December will be refereed by England’s Anthony Woodthorpe and Sam Grove-White of Scotland respectively. 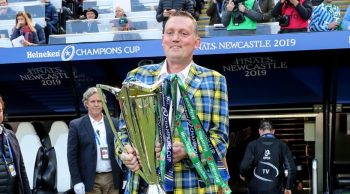