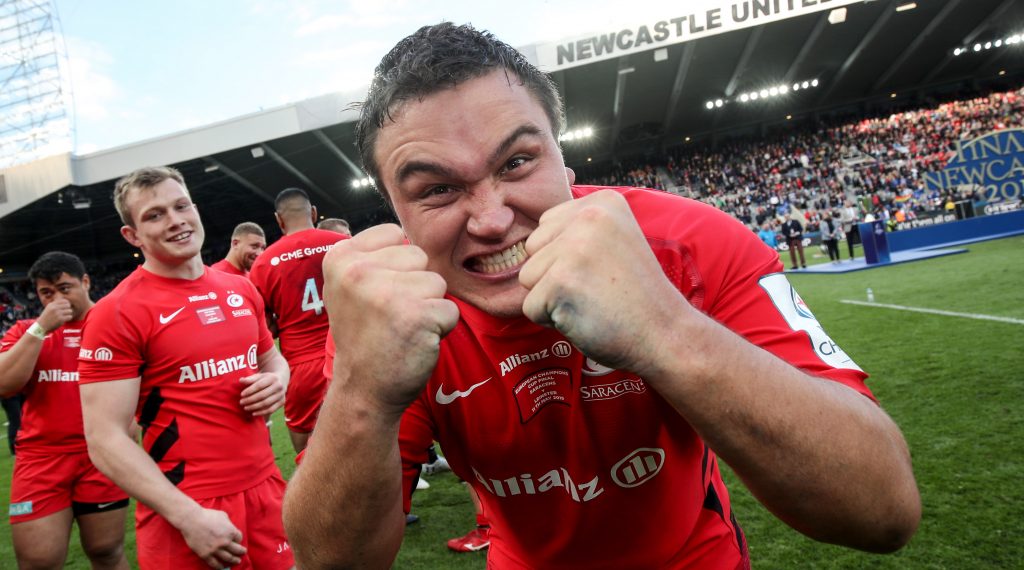 The Saracens front-rowers, who won EPCR’s elite tournament with the Gallagher Premiership club in 2016, 2017 and 2019, are two of four changes made by Jones to the starting XV held 25-25 by New Zealand last weekend.

George’s and Vunipola’s recalls boost the number of Saracens players in the England starting XV to five, with centre Owen Farrell, lock Maro Itoje and No.8 Billy Vunipola also named.

At the other end of the scale, Sale Sharks centre Manu Tuilagi will make his 50th appearance for England at outside centre. He is one of three players from the Heineken Champions Cup Pool B side in the XV, the others being lock Jonny Hill and flanker Tom Curry.

Fellow Pool B team Leicester Tigers are also represented in full-back Freddie Steward and scrum-half Jack van Poortvliet – as are Pool A teams Gloucester Rugby and Harlequins in wing Jonny May and fly-half Marcus Smith respectively.