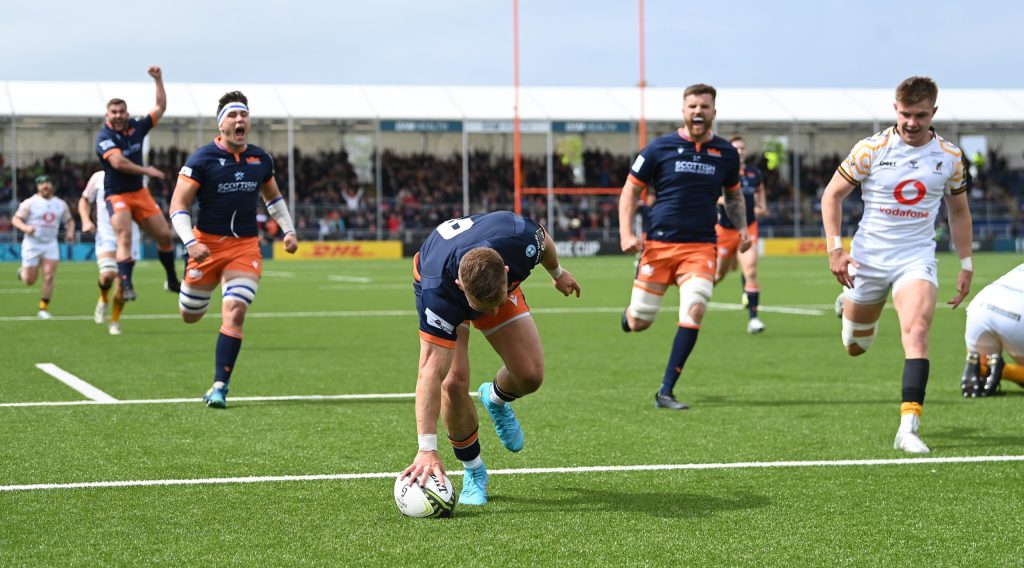 We continue our in-depth look at the teams in Pool A of the Heineken Champions Cup with a profile of Edinburgh Rugby, who return to EPCR’s elite competition this season.

Edinburgh have reached the knockout stage on four occasions, falling to Stade Toulousain (36-10) at the quarter-final stage in 2003-04, before being edged out 22-19 by Ulster Rugby in the 2011-12 semi-finals.

Edinburgh competed in the EPCR Challenge Cup, topping Pool C after beating Saracens, CA Brive and Section Paloise, with their only defeat coming at London Irish in Round 3.

The Scottish region saw off Bath Rugby (41-19) in the Round of 16 but succumbed to Wasps in the quarter-finals, where the Gallagher Premiership side claimed a 34-30 win in an enthralling tussle at DAM Health Stadium.

Former Edinburgh captain Mike Blair has been at the helm since the summer of 2021, returning to the club where he made over 150 appearances after a five-year stint as an assistant coach with Scotland.

Blair turned out for Edinburgh as a scrum-half between 2002 and 2012, later having spells with Brive, Newcastle Falcons and Glasgow, where he was also an assistant coach following his retirement in 2016.

The 85-time Scotland international featured 52 times in EPCR competitions, scoring four tries, and was a key part of the team who reached the semi-finals in 2011-12.

Edinburgh’s squad is littered with Scotland internationals up front and in the backs.

Hooker Stuart McInally offers vast experience in the front row alongside props Pierre Schoeman and WP Nel, while further talent in the pack includes flanker Hamish Watson, who featured for the British & Irish Lions in 2021, and lock Sam Skinner, a summer recruit from Exeter Chiefs.

In the backs Blair Kinghorn and Jaco van der Walt are both versatile and effective from the tee, as is Argentina international Emiliano Boffelli. Centre Mark Bennett and wing Darcy Graham also feature regularly for Scotland.

Edinburgh kick off their Pool A campaign with a trip to Saracens in December, before welcoming Castres Olympique later that month. In January they visit Castres and then host Sarries a week later.