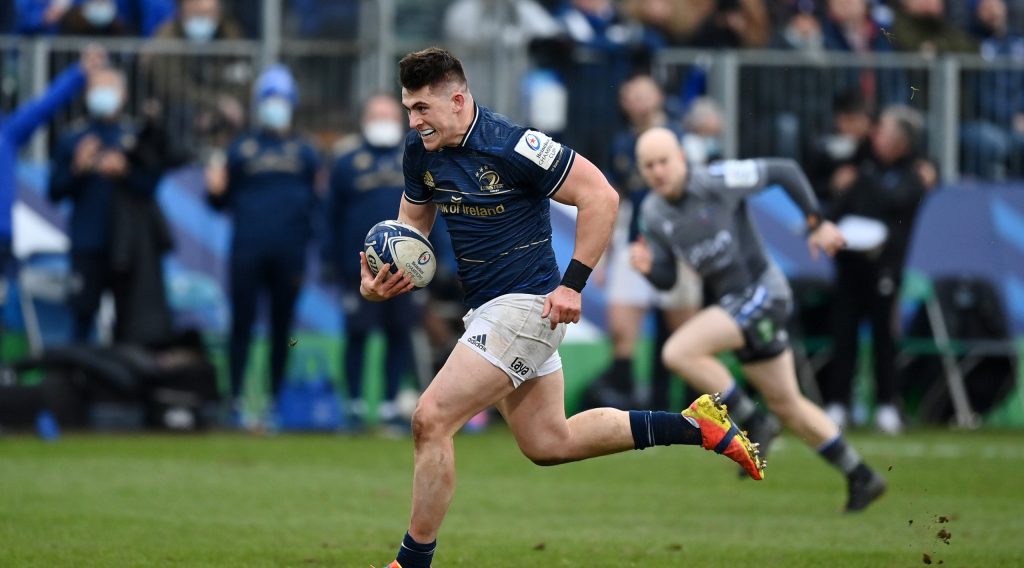 Dan Sheehan with the ball for Leinster Rugby in the Heineken Champions Cup.

Sheehan scored a hat-trick in the first half for the Pool A province before crossing for the fourth time in the second period, with Josh van der Flier and Luke McGrath also going over for the hosts.

EPCR Challenge Cup side Benetton did score through Manfredi Albanese, but the Italians failed to mount a comeback.

The only other Heineken Champions Cup side in action on Friday was South African outfit Cell C Sharks. They too had Italian opposition, holding off a comeback from hosts Zebre Parma to open their URC campaign with victory.

The Sharks dominated the first half, but had to dig deep to win 42-37, and were helped when TMO ruled out a Zebre try four minutes from time.

Zebre also managed five tries, but Boeta Chamberlain kicking four conversions and three penalties for the Sharks proved to be the difference. 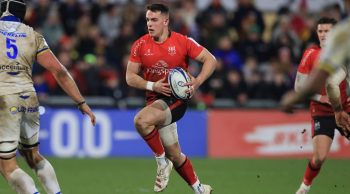