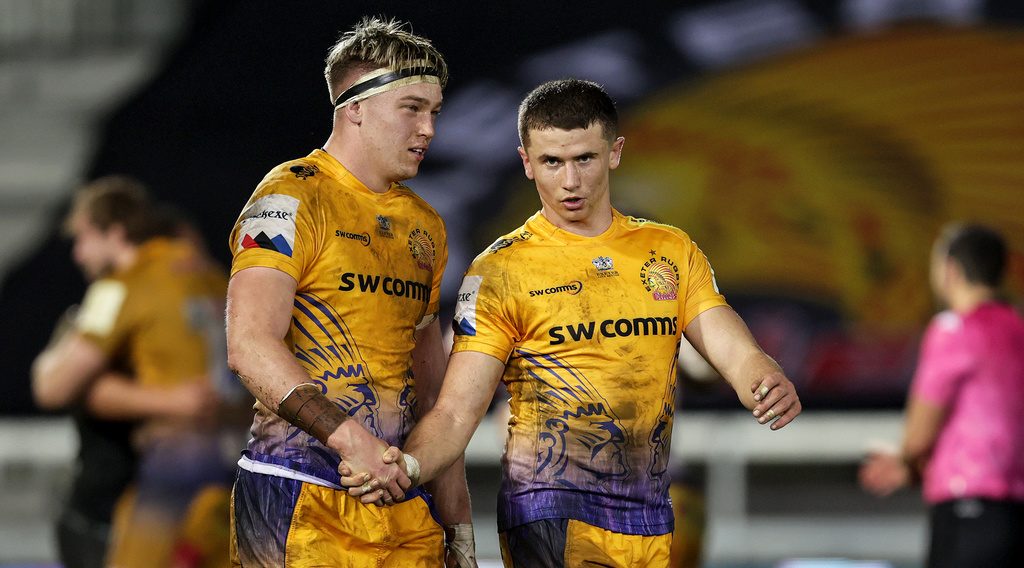 No.8 Richard Capstick crossed for a try brace as 2020 Heineken Champions Cup winners Exeter Chiefs triumphed 36-21 at Worcester Warriors in the Gallagher Premiership on Sunday.

Joe Simmonds, who kicked four conversions and a penalty over the course of the game at Sixways Stadium, opened the scoring for Chiefs as he finished off a fluid move inside three minutes.

Capstick then went over for his first with a quarter of an hour played before Worcester hit back through Alex Hearle.

Exeter continued to control proceedings, however, and Capstick barrelled over for his second 31 minutes before Simmonds’ penalty sent the visitors into the break 15 points up.

Ollie Lawrence grabbed a third try for Worcester with just over an hour played, though Exeter had the final say in the closing stages as Jack Maunder dotted down.

The victory for Exeter, who begin their Heineken Champions Cup campaign at Castres Olympique in December, leaves them with nine points from their opening two Premiership games.