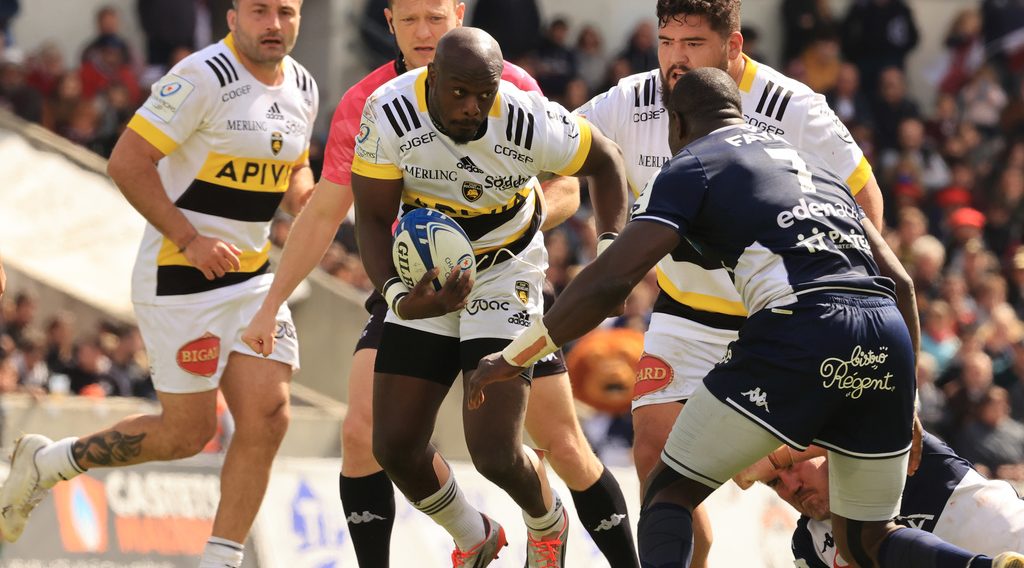 Raymond Rhule is one of Stade Rochelais' South African stars

With South African sides entered into EPCR tournaments for the first time this season, we are profiling those players from the country who are already representing clubs in the Heineken Champions Cup. Today, we check out a dynamic duo at reigning champions Stade Rochelais.

The powerful winger showed his finishing prowess in scoring Stade Rochelais’ opening try in May’s Heineken Champions Cup final victory over Leinster Rugby and was deservedly voted into the fans’ team of the season.

Rhule, who was born in Ghana, has won seven caps for South Africa. He crossed the whitewash four times in last season’s competition and has an impressive strike rate of seven tries in 12 EPCR matches.

Having played for South African sides Toyota Cheetahs and DHL Stormers, who are both joining EPCR tournaments this season, the 29-year-old joined Grenoble in 2018 before moving to La Rochelle in 2020.

South Africans joining? They’re already tearing it up in Europe 🔥@Rhule11 & @dill10leyds helped @StadeRochelais to their first title last season and have hit the ground running in @top14rugby 🏆

The utility back started on the opposite wing to Rhule in last season’s final and earned the Heineken Star of the Match award for a stellar display.

Leyds set up Rhule’s try and showed great agility and vision throughout the final as his side downed favourites Leinster.

The 30-year-old, who also started in La Rochelle’s Heineken Champions Cup final defeat to Stade Toulousain in 2021, has won 10 caps for the Springboks.

Having played for Western Province and DHL Stormers in his native South Africa, he joined La Rochelle in the summer of 2020.