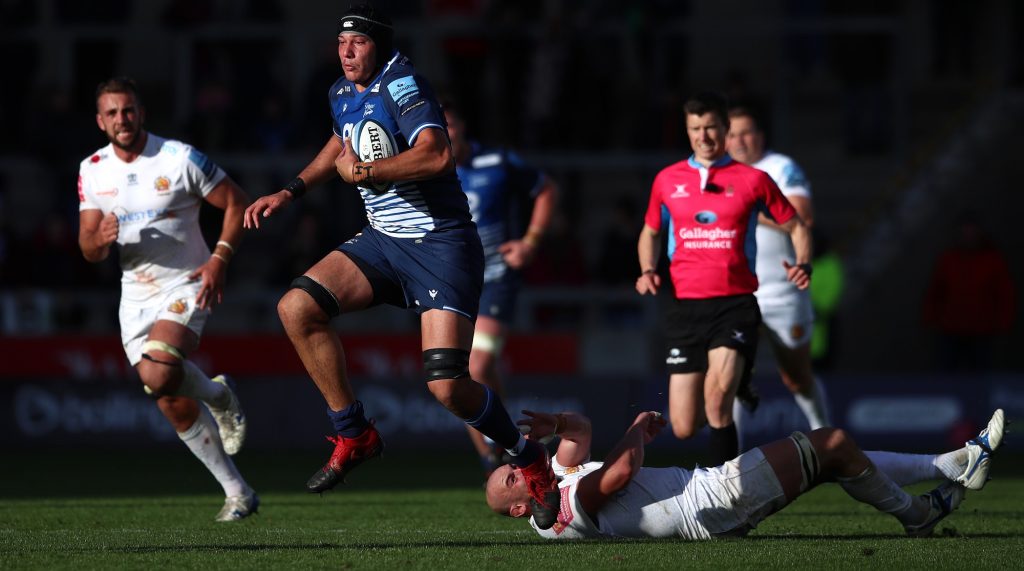 Amid the landmark expansion of EPCR tournaments to include South African sides for the first time in 2022/23, we are looking at players from that country already with EPCR Challenge Cup clubs. Today, we check out the pair at Glasgow Warriors.

The towering lock is set to be among the tallest players in action in this season’s EPCR Challenge Cup, after joining Glasgow Warriors from Sale Sharks over the summer.

At 6ft 10in, Du Preez became the tallest player ever to appear in Super Rugby when he made his debut for South African side and EPCR Challenge Cup debutants Emirates Lions in 2015.

The 27-year-old proved a lineout force for Sale in the Gallagher Premiership and also appeared for them four times in the Heineken Champions Cup over the past two seasons.

A powerful forward, who is equally adept at lock or flanker, the 27-year-old also joined Glasgow this summer after leaving the Vodacom Bulls.

Standing 6ft 6in himself, Manjezi made his Currie Cup debut aged just 20 and later helped Toyota Cheetahs become the first South African side to reach the Guinness PRO14 playoffs in 2019.

A sporting all-rounder, he also represented Eastern Province U19 at cricket before committing to professional rugby.