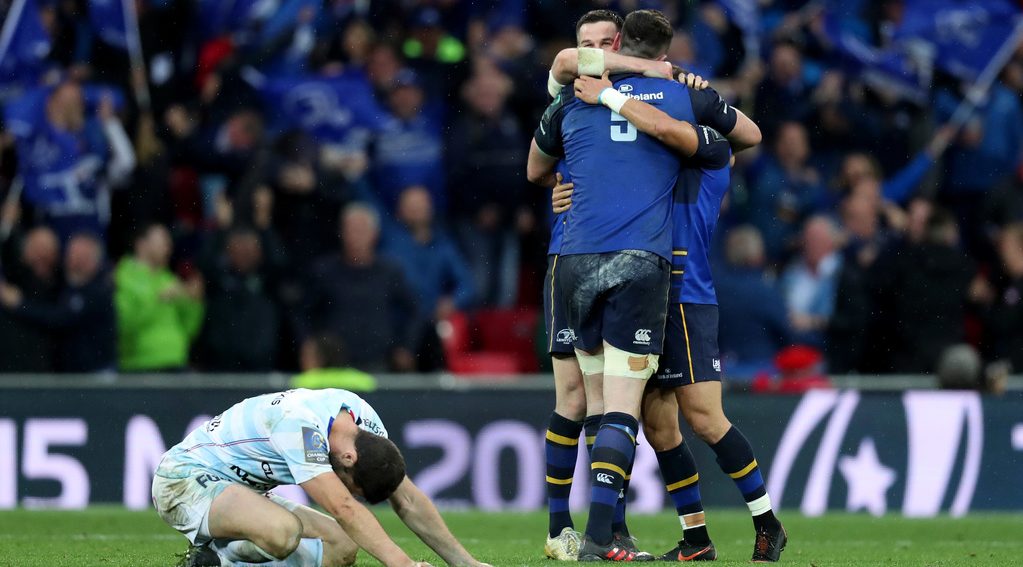 Leinster triumphed over Racing in the 2018 European Cup final

Ahead of the 2022/23 Heineken Champions Cup, we’re looking back at the previous European meetings between the sides drawn to face each other. Next up, we recall the three European Cup crackers between Leinster Rugby and Racing 92, who go head-to-head in Pool A next season.

Leinster made a storming start to their Heineken Champions Cup campaign in 2010-11, running in five tries against Racing.

Sean O’Brien and Rob Kearney went over to give the Irish province a 21-6 lead at half-time, with Richard Strauss and Jamie Heaslip putting the result beyond doubt. Fergus McFadden added further gloss with a last-minute try, fizzing down the right wing.

Leinster sealed a home quarter-final with another thumping bonus-point win over Racing in Round 6 – this time in Paris.

The visitors were 10 points clear at the break thanks to tries from Isa Nacewa, Sean O’Brien and Johnny Sexton, who added another in the second half, with Brian O’Driscoll getting the fifth.

Racing’s points all came in the first half, through two Juan-Martin Hernandez penalties and a Virimi Vakatawa score.

Leinster edged an enthralling match against Racing at San Mamés Stadium to become European champions for the fourth time.

The two sides were neck and neck throughout, with Racing’s points coming from the boot of Teddy Iribaren, and Leinster levelling up through Johnny Sexton.

And that was the case up until the 78th minute, when Leinster went ahead for the first and only time in the match, with 35-year-old Nacewa ending his European career in style.