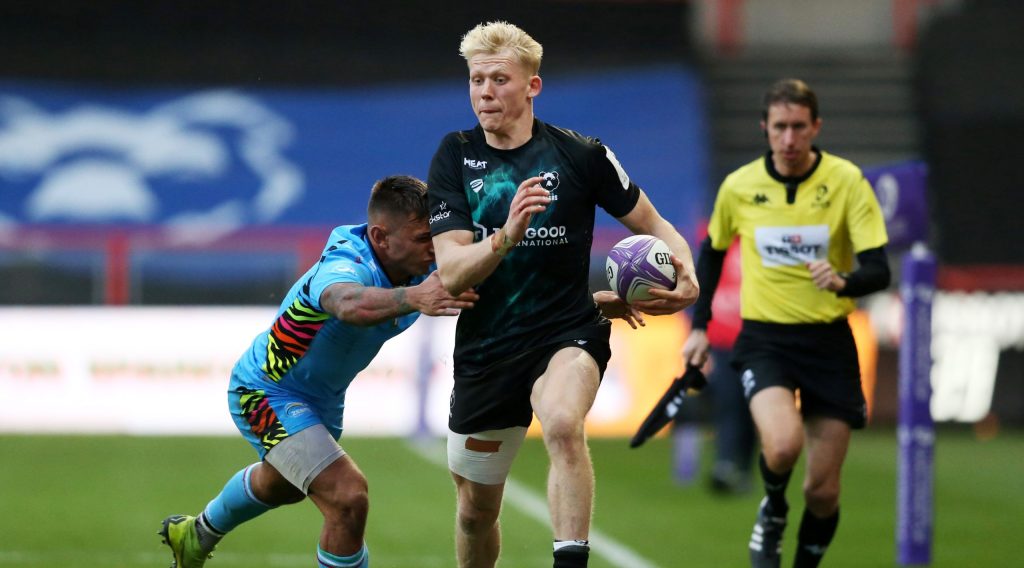 Bristol's Toby Fricker in action against Zebre in 2019

Ahead of the 2022/23 EPCR Challenge Cup, we’re looking back at the previous European meetings between the sides drawn to face each other. Today, we recap the Challenge Cup contests between Bristol Bears and Zebre Parma, who clash in Pool A.

A brilliant first half for Bristol did the damage as they announced their return to the Challenge Cup in 2018-19 with seven tries against Zebre at Ashton Gate.

The hosts crossed the line six times in the first period alone. Ryan Edwards (2), Alapati Leiua, Joe Latta, Nick Haining, and Jake Armstrong all made it on to the scoresheet, with Callum Sheedy kicking three conversions.

Zebre got a little bit of vengeance for the previous week’s drubbing as they grabbed a last-minute penalty to defeat Bristol at Stadio Sergio Lanfranchi.

The sides went into the break level as Tom Pincus dotted down twice for Bristol and Carlo Canna and Jimmy Tuivaiti went over for Zebre.

Despite going down to 14 men five minutes from time when Luhandre Luus was sent to the sin-bin, Zebre kept battling, with Canna clinching victory with a last-gasp penalty, taking his match tally to 15 points.

In another commanding start to a campaign for Bristol, 18-year-old Ioan Lloyd bagged 22 points against Zebre, on his first competitive start for the club.

That was all despite the Bears playing a quarter of the match with just 14 men, with both Ed Holmes and James Dun receiving yellow cards. Zebre went over for consolation scores through Mattia Bellini and Apisai Tauyavuca, in addition to a penalty try.

Jimmy Tuivati had given the home side the lead just before half-time, with Carlo Canna adding the extras. Zebre flanker Johan Meyer was sent off with 17 minutes to go – and the hosts ran out of steam against a resilient Bears side.