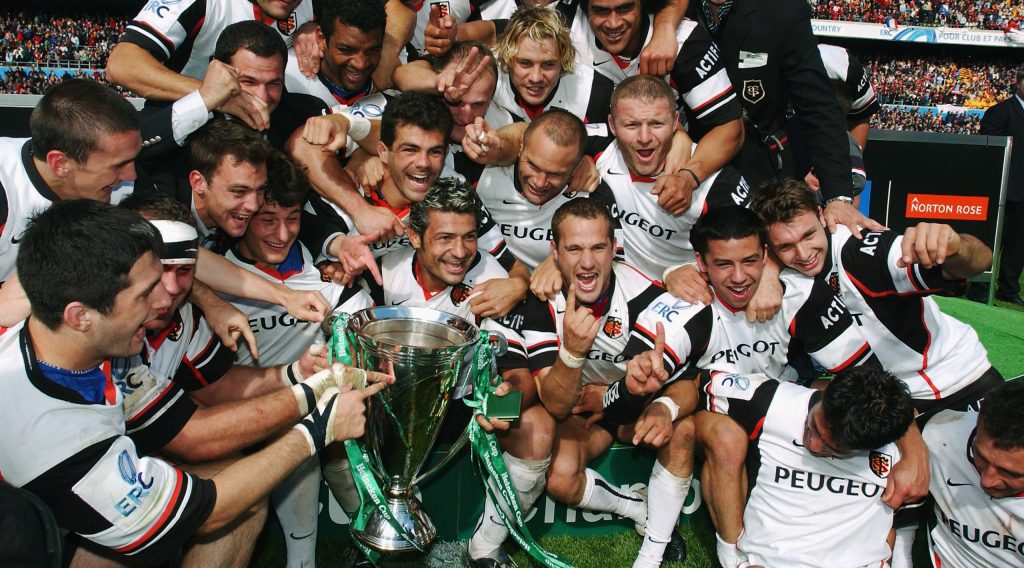 With Dublin’s Aviva Stadium set to host the Heineken Champions Cup and EPCR Challenge Cup finals in 2023, we’re looking back at some of the greatest European games Ireland’s capital has hosted, continuing with the 2003 Heineken Cup final.

Stade Toulousain, who featured Irish international flanker Trevor Brennan, won the Heineken Cup for a second time after a battling display against fellow French side USAP.

Playing in front of 28,600 fans, Toulouse, who lifted the inaugural trophy in 1996, powered into a 19-0 half-time lead, but then had to withstand a Perpignan fightback.

The first half was also notable for referee Chris White being replaced by fellow Englishman Tony Spreadbury, who is now EPCR’s Head of Match Officials, after suffering a hamstring injury on 12 minutes.

Having passed up kicks at goal in the first half, USAP changed tack and fly-half Manny Edmonds reduced the arrears to 19-12 with four penalties.

Toulouse’s defence held firm, led by man-of-the-match Christian Labit, who shone at No.8.

Delaigue had to make several match-saving clearances before sealing Toulouse’s victory with a last-minute penalty.

A clever chip from Edmonds set wing Pascal Bomati up for a stoppage-time try, but USAP came up short.