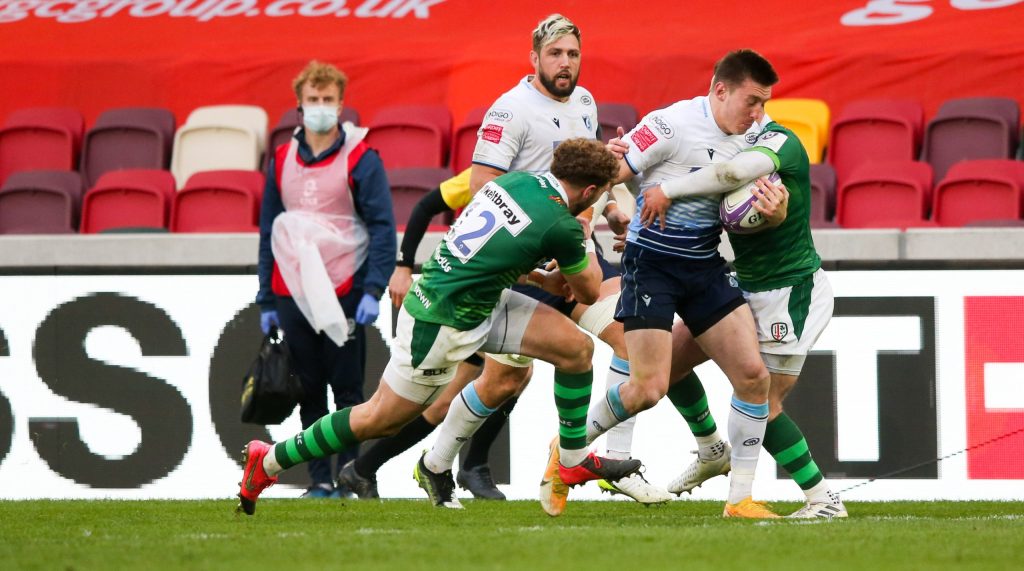 Cardiff Rugby’s Josh Adams and Ospreys fly-half Gareth Anscombe combined in the final few minutes of Wales’ clash with South Africa on Saturday to secure a 13-12 win for Wayne Pivac’s men at the Toyota Stadium in Bloemfontein.

Wing Adams, who will be playing in the EPCR Challenge Cup this season, got the game’s only try when he dived over for a 78th-minute score, which was duly converted by Anscombe, as Wales recorded a first ever victory over the Springboks on South African soil.

South Africa had led 12-3 in the second half after Leicester Tigers’ Handre Pollard, who will be facing Anscombe’s Ospreys in the Heineken Champions Cup pool stage this season, kicked four penalties in response to Dan Biggar’s three-pointer in the opening minute of the game.

Wales would then have to wait until the 66th minute for their next points as Anscombe, who came on as a replacement for Northampton Saints fly-half Biggar, kicked the visitors’ second penalty before going on to clinch his side’s historic win and tie the series ahead of next weekend’s decider.

Elsewhere, Edinburgh Rugby’s Hamish Watson marked his 50th appearance for Scotland with a try as Gregor Townsend’s men beat Argentina 29-6 at Estadio Padre Ernesto Martearena in Salta to level the series between the two sides.

Mark Bennett, who will be lining up alongside clubmate Watson in this season’s Heineken Champions Cup, went over for Scotland in the second half, with the visitors’ win then sealed through Glasgow Warriors pair Matt Fagerson and Sam Johnson.