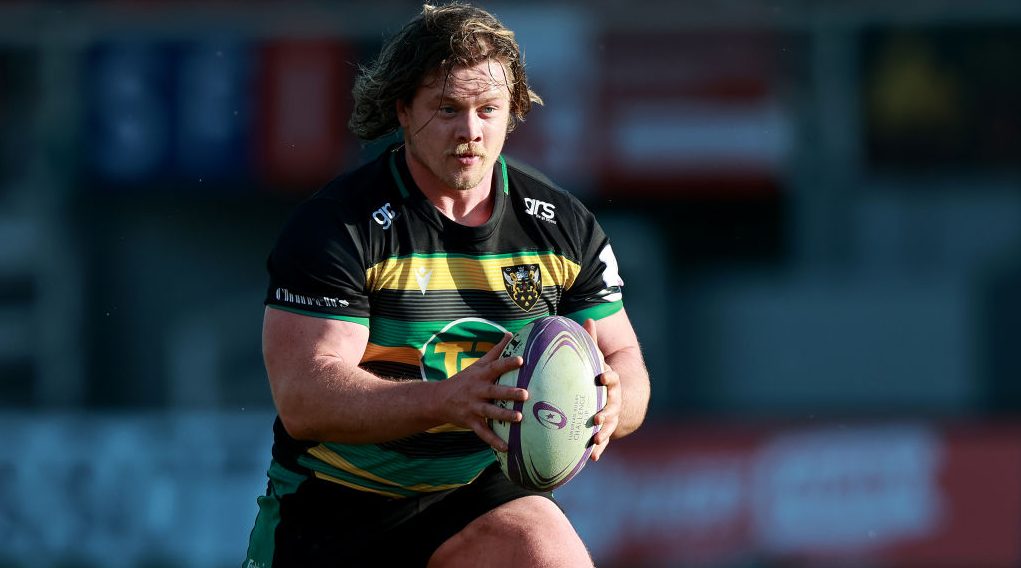 Nick Auterac on the charge for Northampton Saints

Nick Auterac signed for Edinburgh Rugby from Northampton Saints on Monday and immediately looked forward to helping the Scottish region on their return to the Heineken Champions Cup.

The 29-year-old prop has made 20 of his 29 European appearances in the competition with Bath Rugby (15), Harlequins (3) and Northampton (2).

Auterac, who has also played for Saracens, said: “The opportunity to play in not only the URC, but also the Champions Cup is a challenge I am relishing.

“The general high standards of the squad and club were a huge factor in me joining, and wanting to develop further as a player.

“I have also been fortunate to work with [Edinburgh head coach] Mike Blair in previous Scotland camps. We had a really good relationship and he was another major factor for me signing for Edinburgh.”

Blair – who worked with Auterac during his spell as Scotland interim head coach last summer – had no hesitation in making a move for him when he became available.

“When the opportunity to sign Nick came about, we jumped at it,” he said. “Having coached him with Scotland and watched his games in the English Premiership, we know the type of player he is and the added quality he can bring to the squad.

“We’ve got a really talented group of looseheads at the club already with Pierre Schoeman, Boan Venter and Jamie Jack, but as we’ve seen with injuries and international call-ups, it’s vital to build a strong squad with players that can step up straight away.”