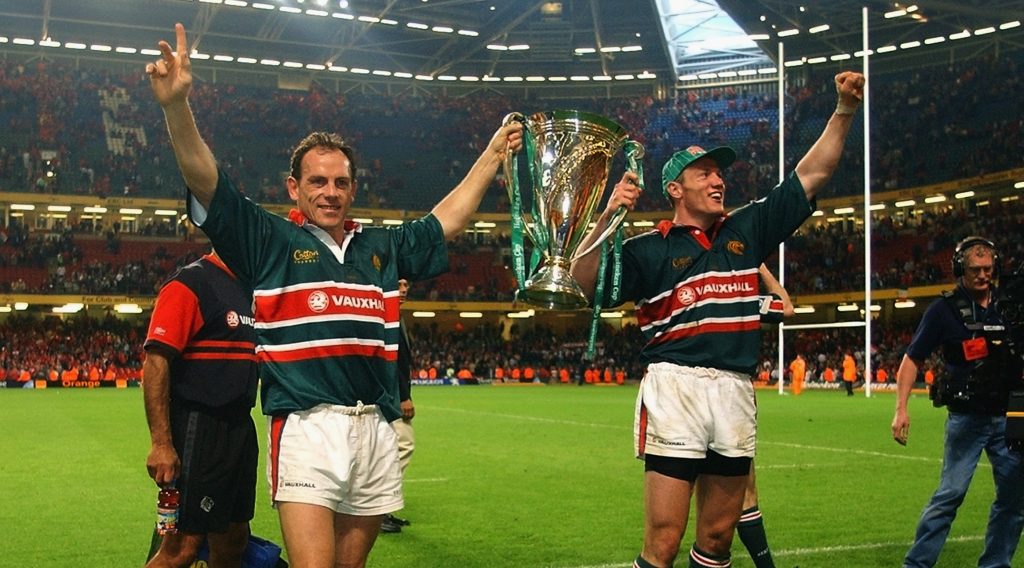 With three South African clubs involved in next season’s Heineken Champions Cup as part of a landmark expansion, we are taking a look back at the country’s most high-profile winners in European competition so far and first up is Glenn Gelderbloom, who won the European Cup twice.

The centre helped Leicester Tigers to both their European triumphs, featuring twice in their 2001 campaign before appearing six times the following season.

One of Gelderbloom’s two games in 2001 was the final against Stade Français Paris, when he came off the bench during the latter stages of a 34-30 victory at Parc des Princes.

What a season for @LeicesterTigers 👏

He was regularly involved during the pool stage the following year and was a late replacement in the final again as Tigers defeated Munster Rugby 15-9 at the Principality Stadium.

The next year, Gelderbloom turned out three times in the competition, including in a 20-7 quarter-final loss to Munster, which ended Tigers’ hopes of a hat-trick of European titles.

Three more European Cup appearances came in 2003-04 as Leicester failed to progress from the pool stage, with a 26-20 victory at Newport Gwent Dragons in Round 5 proving to be his 15th and final game in the tournament, as he departed the English club at the end of the season.