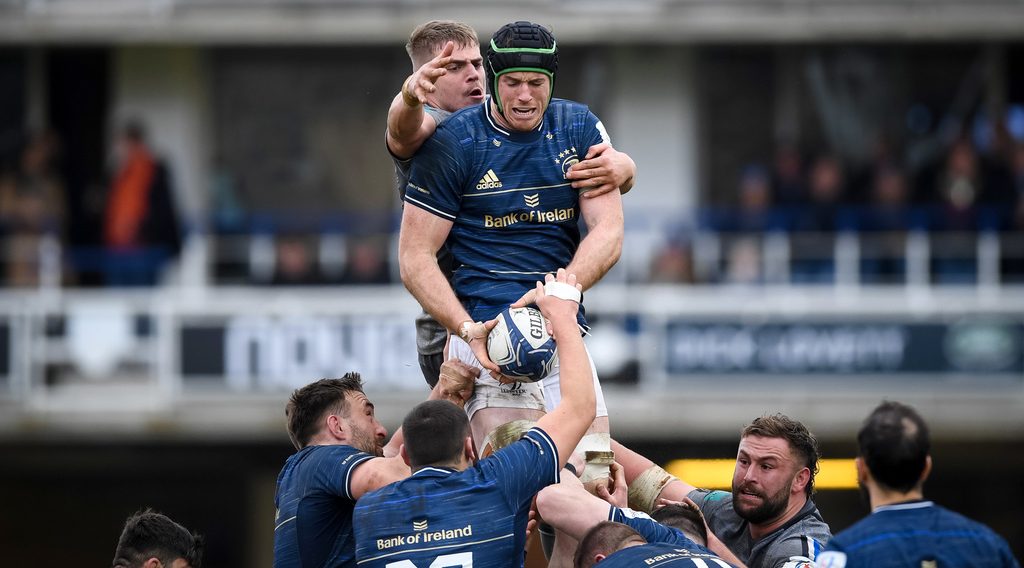 Leinster are seeking a record-equaling fifth European title when they face Stade Rochelais in the final on Saturday 28 May, but this would be a first victory for 24-year-old Doris.

Such is the experience in the Leinster squad that this would also be a fifth title for captain Johnny Sexton and prop Cian Healy, who are both veterans of their 2009, 2011, 2012 and 2018 successes.

To be part of such a tradition holds a great appeal for Doris, alongside the joy that victory would produce.

He said: “It would be unbelievable. We have talked a lot about driving the legacy together.

“For me, that means the combination of the past, the present and the future of the club.

“It means recognising how the club has built on previous successes and how it went through a tough patch. Those successes inspired a lot of this group to be where they are today.

“In a way, I feel like the legacy is in our hands and we have the opportunity to inspire the next generation.

“There’s that and then there’s just the pure enjoyment and thrill and delight at winning a final. That’s definitely something I want to do with this group as well.

“It’s a special group and pretty tight-knit. There are a lot of close friends within it, so it would be amazing to do.”

You can vote for Caelan Doris as your #EPOTY2022 now ➡️ https://t.co/lQJpkQ37G2#HeinekenChampionsCup pic.twitter.com/ge1qrL6ego

Dorris added: “Speaking to some of the older guys like Johnny [Sexton] and Cian Healy, the memories they have going back further to 2011 and beyond and how special those days are, how they remember them still so clearly. I’m hoping for a day like that in a couple of weeks’ time.”

Doris missed last season’s semi-final defeat to La Rochelle due to a calf injury, but says the whole squad learned big lessons from a disappointing day.

He said: “It was desperately frustrating. Not being able to win collisions, them imposing their game on us a little bit more than us doing that to them, slowing down the breakdown and making it hard for us.

“I remember watching it with a few of the other injured players and feeling the frustration.

“There was lots of reflection after that week and tackle tech was a big focus that came out of it and the ability to stop these big power teams with bigger guys than us.

“Another reflection was preparing and not letting the previous game be your best game. Preparing as each game was your final.

“We are fortunate that this is our final now, so there are massive motivations, but also making sure it’s our best performance and that we haven’t peaked too early.”