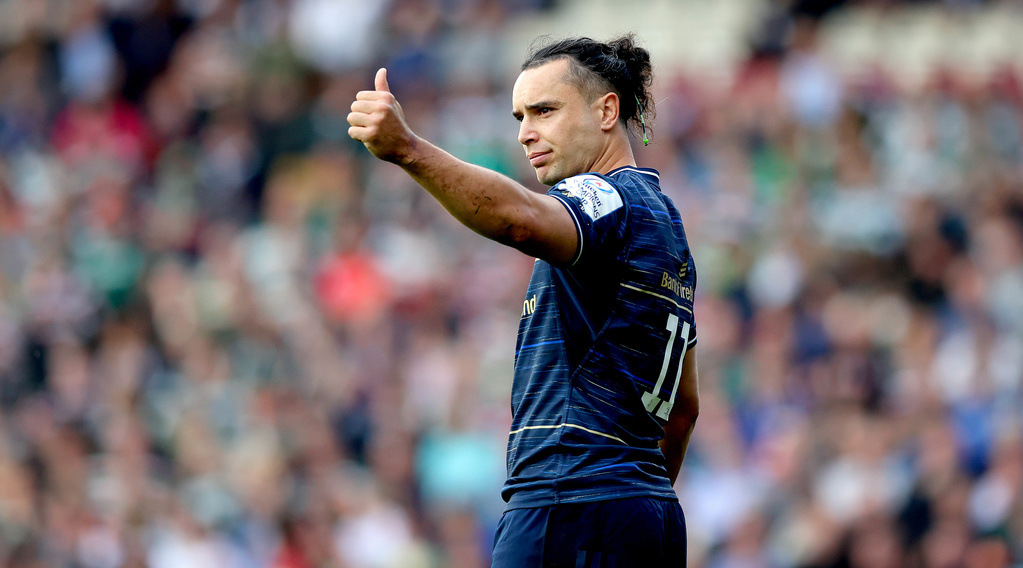 Leinster Rugby go in search of their fifth European title on May 28 against Stade Rochelais. Below, we look at how they reached the Heineken Champions Cup final in Marseille.

Leinster were hit by Covid in Round 2 and so saw their game at Montpellier awarded to the TOP 14 club.

With Leinster now facing a tough task to qualify for the knockout stages, they produced a record-breaking display in Round 3, registering their biggest winning margin in the tournament and equalling their record try haul in a game of 13. Jack Conan, Josh van der Flier and Dan Sheehan all notched braces, while Ross Byrne tallied 19 points and Johnny Sexton came off the bench to slot five conversions.

There was another Leinster try blitz in Round 4, with the Irish province amassing 10 at Bath, including four from Jimmy O’Brien, as they confirmed their place in the last 16. Josh van der Flier, Jordan Larmour, Ciaran Frawley, Andrew Porter, Hugo Keenan and Dan Sheehan also crossed, while Johnny Sexton kicked five conversions and Ross Byrne two.

The rivalry.
The anticipation.
The passion.

See you at the Final @leinsterrugby 👊

A try brace from James Lowe helped Leinster to a hard-fought victory at Irish rivals Connacht, who offered a stern test at The Sportsground. Lowe’s double and a further score from Hugo Keenan gave Leinster their narrow advantage for the second leg, along with eight points from Johnny Sexton and three from Ross Byrne.

The second leg was a much more comfortable affair for Leinster as James Lowe doubled his try tally from the previous week and Jamison Gibson-Park, Robbie Henshaw (2) and Tadhg Furlong also dotted down to complete an 82-41 aggregate victory. All eight tries were converted – by Johnny Sexton (6) and Ross Byrne (2) – as Leinster eased into the quarter-finals.

A blistering first-half performance saw Leinster book a home semi-final as they held off a second-half rally from Leicester at Mattioli Woods Welford Road. The visitors stormed into a 20-0 lead via tries from Josh van der Flier and Robbie Henshaw, plus 10 points from Johnny Sexton’s right boot, and then sealed victory with a late Ross Byrne penalty.

James Lowe cemented his position as the Heineken Champions Cup’s top try-scorer this season by boosting his tally to 10 with a double as Leinster advanced to the final with a convincing win over reigning champions Stade Toulousain at the Aviva Stadium. Josh van der Flier and Hugo Keenan also crossed for the Irish province, with the influential Johnny Sexton kicking 15 points.