Hansen brought in by Ireland 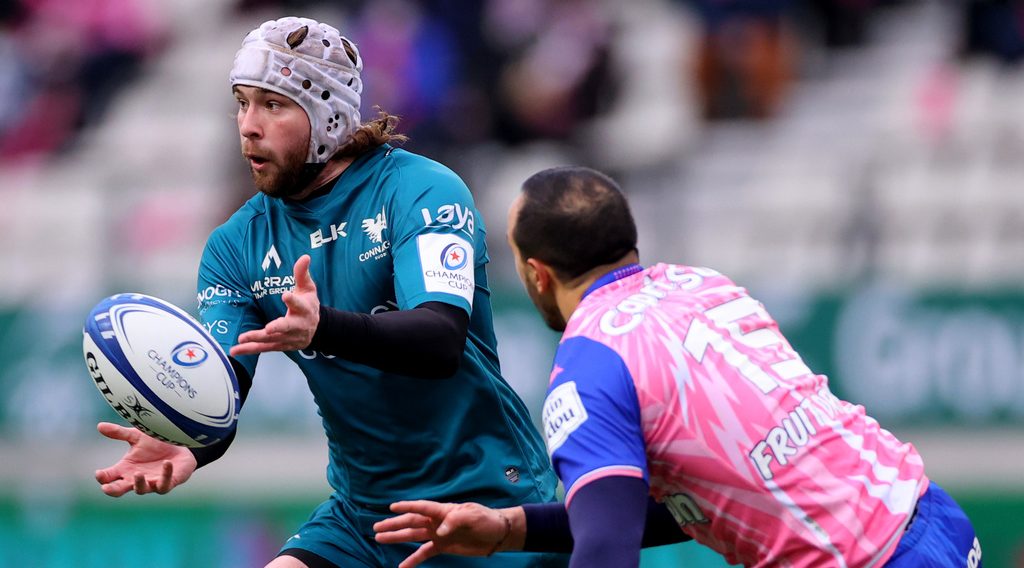 Connacht Rugby wing Mack Hansen, a Heineken Champions Cup debutant this season, has been recalled to the Ireland team as one of three changes for their 2022 Six Nations finale against Scotland at the Aviva Stadium on Saturday.

Hansen, who made his European bow in Connacht’s 37-31 defeat at Stade Français Paris in Round 4, will earn his fourth Ireland cap in place of injured Munster Rugby wing Andrew Conway as Andy Farrell’s side attempt to pip France for the title.

Leinster Rugby lock James Ryan is also out, due to concussion, so Ulster Rugby’s Iain Henderson, who replaced him in the 32-15 win over England last weekend, continues in the second row.

It's an historic one too, as this season is the first time all 4 Irish provinces are in the #HeinekenChampionsCup knockouts 👏 pic.twitter.com/Yx78eYT03q

No.8 Jack Conan, who made a try-scoring appearance as a replacement at Twickenham after coming on for Munster Rugby’s Peter O’Mahony, also starts to complete an all-Leinster back row, with flankers Caelan Doris and Josh van der Flier lining up either side of him.

Altogether there are 11 players from the four-time European champions in the Ireland starting XV as they prepare to take on Connacht in the Heineken Champions Cup Round of 16 next month.

Connacht centre Bundee Aki also retains his starting place – as does lock Tadhg Beirne, whose Munster Rugby side face Exeter Chiefs in the Heineken Champions Cup Round of 16.